Elephant Poop Coffee: Get It If You Can - Modern Farmer
Food & Drink

Elephant Poop Coffee: Get It If You Can

They wash it well, don't worry. 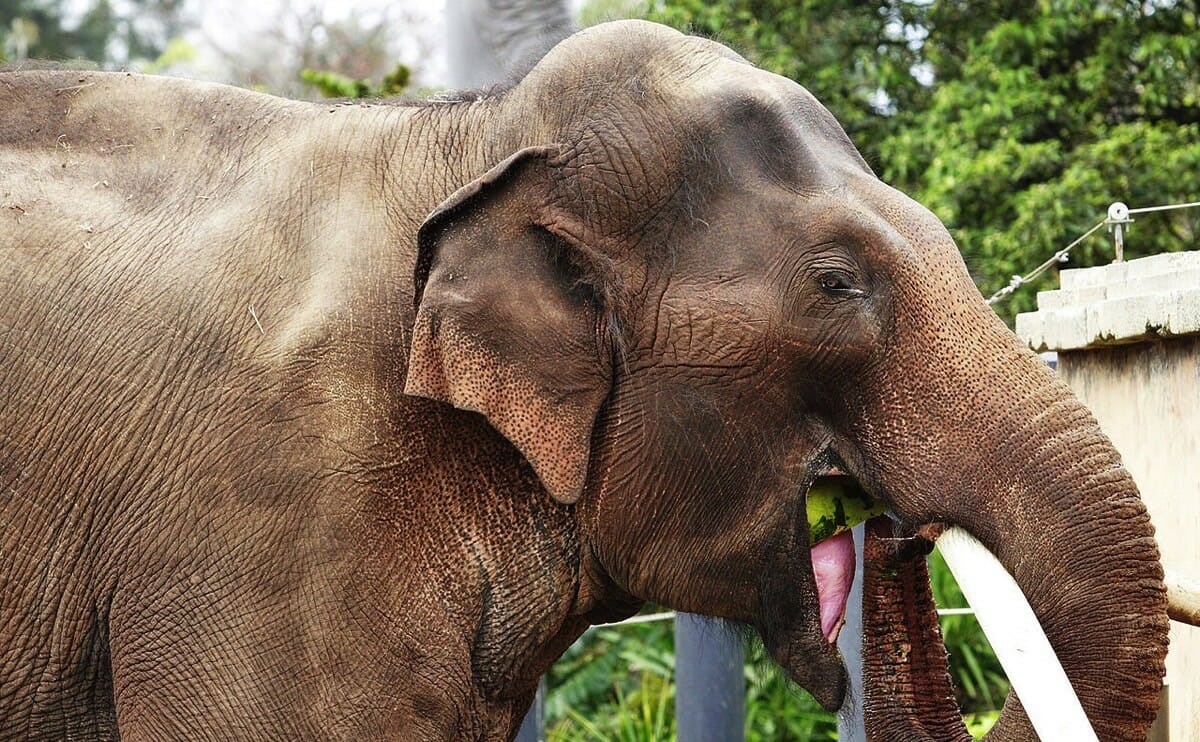 What makes it so rare and so special? Well, it’s digested first. By elephants. Who eat it and then excrete it. The Daily Mail reports on the wildly successful Black Ivory Coffee, which could uncharitably but accurately be called “elephant poop coffee.”

Coffee beans aren’t beans at all; they’re the seeds of a fruit called the coffee cherry. The reason a plant creates fruits is to spread its seed. If an animal is enticed by the fruit and eats it, it inevitably excretes the indigestible seed somewhere else. This allows plants to “travel” and expand their range. This happens with coffee as much as any other plant; plenty of animals like to eat the coffee cherries. And, oddly enough, the digestive system of these animals has been found to actually make those excreted coffee beans taste better to us. The theory is that the various acids in an animal’s stomach work to denature the proteins, which are responsible for some of the bitterness in coffee.

The Asian palm civet, an animal that looks like a cross between a weasel and a cat but is in fact neither, is valued for its love of coffee cherries. Coffee that’s gone through the digestive tract of a civet is known as kopi luwak, and it demands high prices. But those high prices have come under fire lately, as investigations have shown that civets used to make kopi luwak are held cruelly in cages and force-fed coffee cherries.

Black Ivory Coffee, started by Blake Dinkin, a Canadian, is created exclusively in Thailand with Thai arabica coffee. Elephants at the Golden Elephant Triangle Foundation, a rescue organization, are fed as many or as few coffee cherries as they like, which usually turns out to be quite a lot. Dinkin says that the elephants actually create a smoother bean because their diet is 100 percent herbivorous, unlike the civets. (This is not really provable, but people do seem to like it a lot.) And the animals are not only treated in a non-cruel way, but 8 percent of Dinkin’s profits go back to the sanctuary.

On the other hand, his supplies are limited by the small number of elephants and also by the fact that the elephants will often chew the cherries hard enough to break the beans, rendering them unsuitable for his uses. It takes more than 30 pounds of cherries fed to the elephants to secure a single pound of usable beans.

Due to recent popularity, Black Ivory is currently completely sold out. But Dinkin is hoping this year’s harvest is at least as big as last year’s, and the Daily Mail even says he’ll be expanding to Europe (Paris, Zurich, Copenhagen) soon.

Popular
Yes, the Government Really Does Stash Billions of Pounds of Cheese in...Emily Baron Cadloff
How to (Actually) Get Rid of Fruit FliesEmily Baron Cadloff
7 Smokable Plants You Can Grow That Aren’t MarijuanaBrian Barth
Paddleboarding Goats Make a Splash on Prince Edward IslandNoah Lederman
What to Do With an Abundance of PeppersShelby Vittek
Explore Modern Farmer
Related
Food & Drink
Food Inflation Is Eating Up Grocery BudgetsShea Swenson
Plants
This Seed Detective Travels the World Tracking Down Lost CropsEmily Baron Cadloff
Books, Cookbooks
In Her New Book, Molly Yeh Goes Back to BasicsEmily Baron Cadloff
Food & Drink, Plants
In Awe of the PawpawDanny Childs
wpDiscuz
We use cookies on our website to give you the most relevant experience by remembering your preferences and repeat visits. By clicking “Accept”, you consent to the use of ALL the cookies.
Cookie settings ACCEPT
Privacy & Cookies Policy