Born to Be Wild: 6 Crops that Resist Being Tamed - Modern Farmer
Plants

Born to Be Wild: 6 Crops that Resist Being Tamed

These crops refuse to be tamed. Yet they remain delicious. 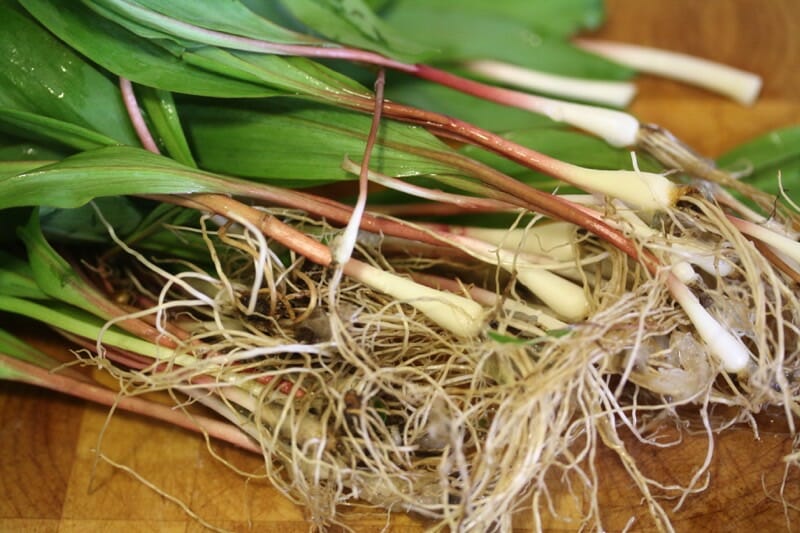 “The most learned men have sought to ascertain the secret, and fancied they discovered the seed. Their promises, however, were vain, and no planting was ever followed by a harvest. This perhaps is all right, for as one of the great values of truffles is their dearness, perhaps they wouldn’t be as highly regarded if they were cheaper.”

Truffles, which during their wintertime peak can reach prices of more than $2,500 per pound, have never successfully been domesticated. There are no farms that grow either the white or the black truffle; at best, truffle gatherers can sow their spores near to the oak trees the truffles are thought to prefer, but nobody can ever really be sure that their investment will bear fruit. Or fungi, as the case may be.

The truffle is not the only delicious plant that resists domestication. Here are some others:

Ramps, native to eastern North America and quite common in the Appalachians, are wild members of the allium family, which also includes garlic and onions. Ramps are a strange one; they are a fundamental part of American Indian cuisines and also part of the cuisine of Appalachia, and yet only became known to urbanites of the Northeast within the past decade. Demand for ramps is high, as are prices, but there are no large-scale ramp farms, even though the ramp is not particularly hard to grow. They don’t travel well, and their season is short, but you can grow them in your home garden if you want. 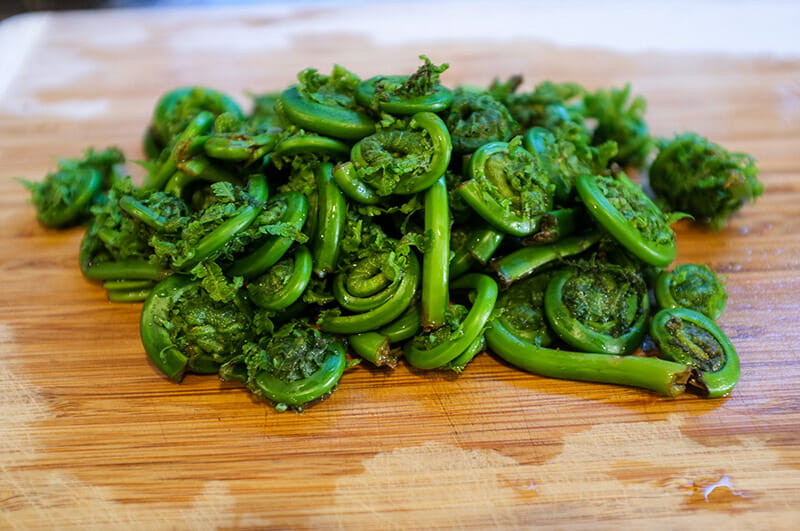 A similar story to the ramp, fiddleheads, which are the young tops of a fern native to northern New England and the Canadian Maritimes, have never been successfully cultivated on a large scale. Fiddleheads are only eaten when young enough that the fern’s stem has yet to fully unfurl, which gives them a very short growing season during the springtime. 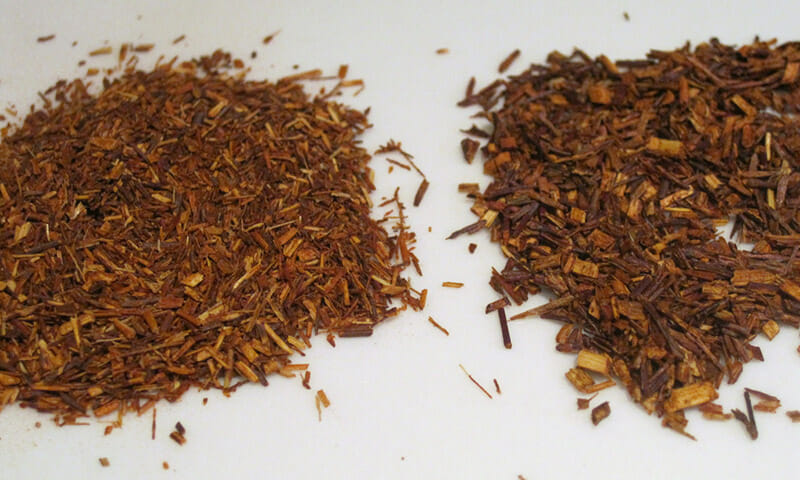 Though rooibos is typically referred to as a tea, the South African bush is not actually a member of the tea family. It’s a legume that boasts large, broom-like branches, and the leaves are prized for use in a beverage much like tea. The leaves are dried, cured, and then brewed with hot water, which makes a spicy, nutty drink.

There are rooibos farms in South Africa that harvest cultivated rooibos, but it has not been successfully farmed elsewhere, even in places with very similar climates, like Australia and parts of the U.S. Even worse, climate change is threatening the cultivated rooibos farms. But there’s a solution: wild rooibos, which still exists, is much hardier than its cultivated cousin, and is well up to the task of surviving climate change. For a few years, anyway. 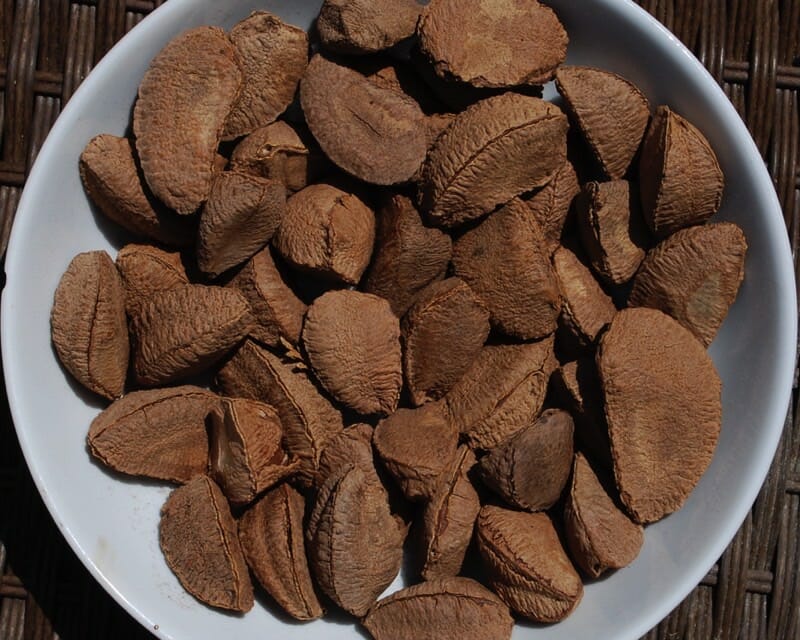 Yes, these nuts – botanically they’re the seed of a fruit rather than a nut – are native to Brazil. Interestingly enough, they’re considered bellwethers for a healthy forest, because they can only be grown in the wild (at least, with any real economic success), and they only grow in the most pristine of rainforest. They encourage farmers to treat their forests properly, because otherwise, there’ll be no harvest. 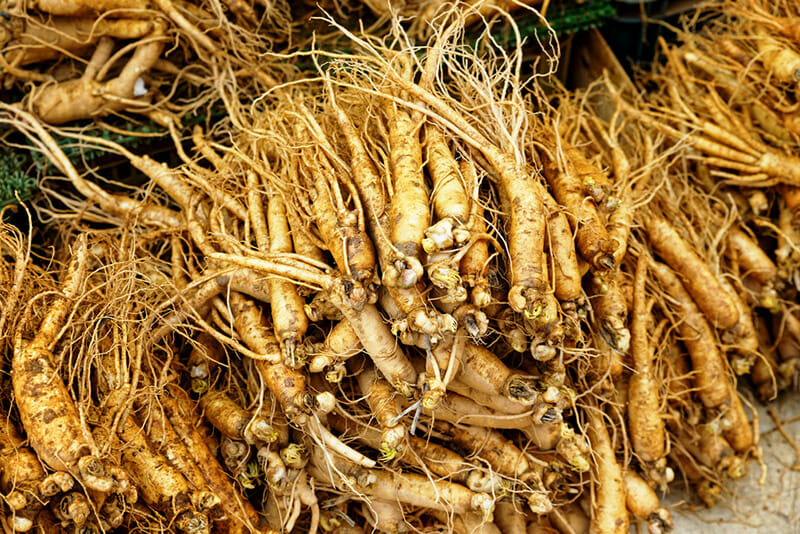 Ginseng, a slow-growing plant with dense parsnip-like roots, is prized in traditional Japanese, Chinese and Korean culture. It’s used as an aphrodisiac, and medicinally for everything from diabetes to reducing fatigue in cancer patients (none of that stuff has been proven, for what it’s worth). There are a few different species of ginseng, found wild in both North America and the mountainous areas around Korea and parts of China and Bhutan.

Ginseng can also be cultivated, and there are quite a few farms – especially in Wisconsin – that do just that. But cultivated ginseng is very different in appearance and texture from wild ginseng (the wild stuff is darker, rougher, more irregular in shape), and it is the wild ginseng that’s the most prized in Asia. Cultivated ginseng goes for as little as $120 a pound, but wild ginseng will easily bring more than $1,000 a pound. That high price for wild ginseng might explain the trend of “sangers,” as collectors of wild ginseng call themselves, depleting the forests of the Eastern U.S.