How to Bring Back Butterflies: Make Vineyards Sustainable

An unintended but very welcome (and very pretty!) side effect of relying less heavily on pesticides. 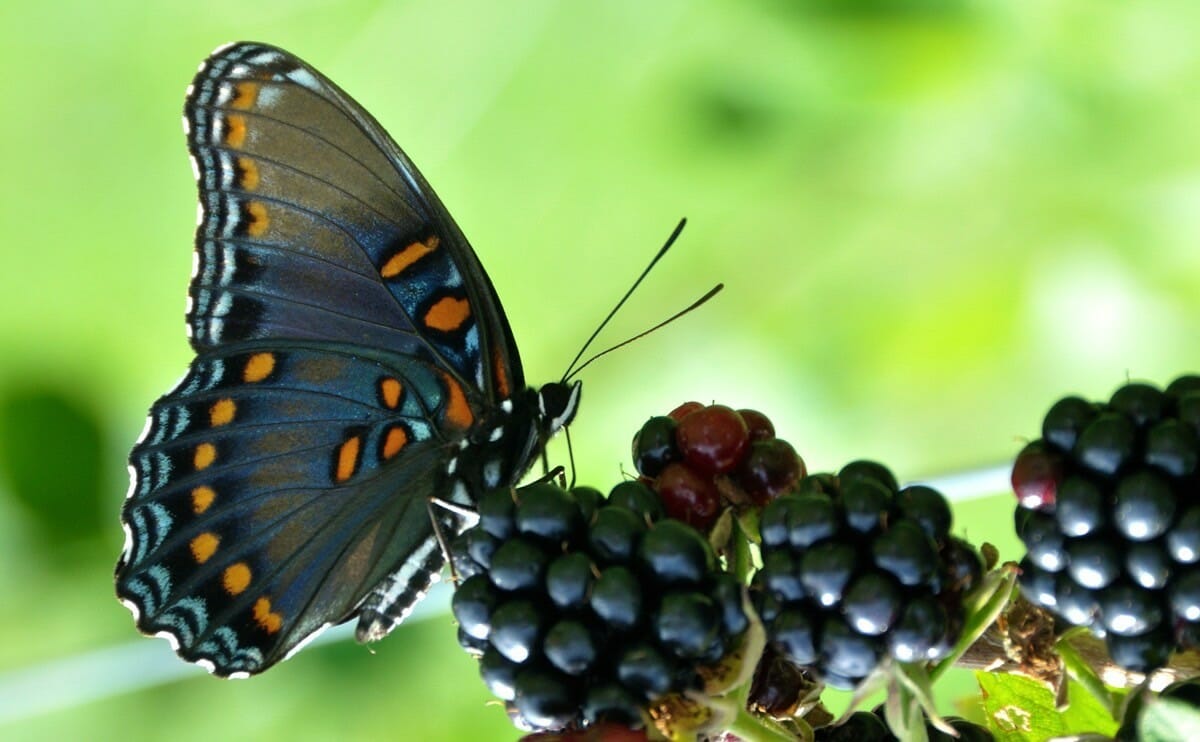 Butterfly numbers are frighteningly low around the world; last year found that numbers of monarch butterflies in Mexico, where they go as part of their massive migration, are at the lowest since we started keeping track of butterfly populations decades ago. But researchers at Washington State University have conducted a study in an environment that by accident, has become a hotspot for butterflies: sustainable vineyards.

The study, to be published in next month’s issue of the Journal of Insect Conservation, recorded butterfly numbers in the vineyards, which use alternate methods to control pests, and compared that number to the amount of butterflies found in conventional vineyards. The sustainable vineyards use all kinds of methods to replace pesticides. A dominant one is the practice of planting native plants like desert buckwheat shrubs around their perimeter. The shrubs attract beneficial insects like wasps, which feed on the insects that would normally harm the vineyard’s output – saving the farmers from needing to douse the vines in pesticides.

Pesticides have long been accused of indiscriminately targeting all insects, not just the ones farmers actually want to get rid of, and butterflies are a frequent victim. And that’s a huge problem for the ecosystem: butterflies and caterpillars are vital prey for all kinds of wildlife, especially birds, and their absence bodes very poorly for the health of the environment as a whole. It’s just one more indication that reducing pesticides is the way forward for all kinds of farmers.