Sure, Cheap Wine May Have High Levels Of Arsenic-But Is That Dangerous? - Modern Farmer
Food & Drink

Sure, Cheap Wine May Have High Levels Of Arsenic–But Is That Dangerous?

If you're careful about your arsenic intake, maybe avoid some of the cheaper wines out there. 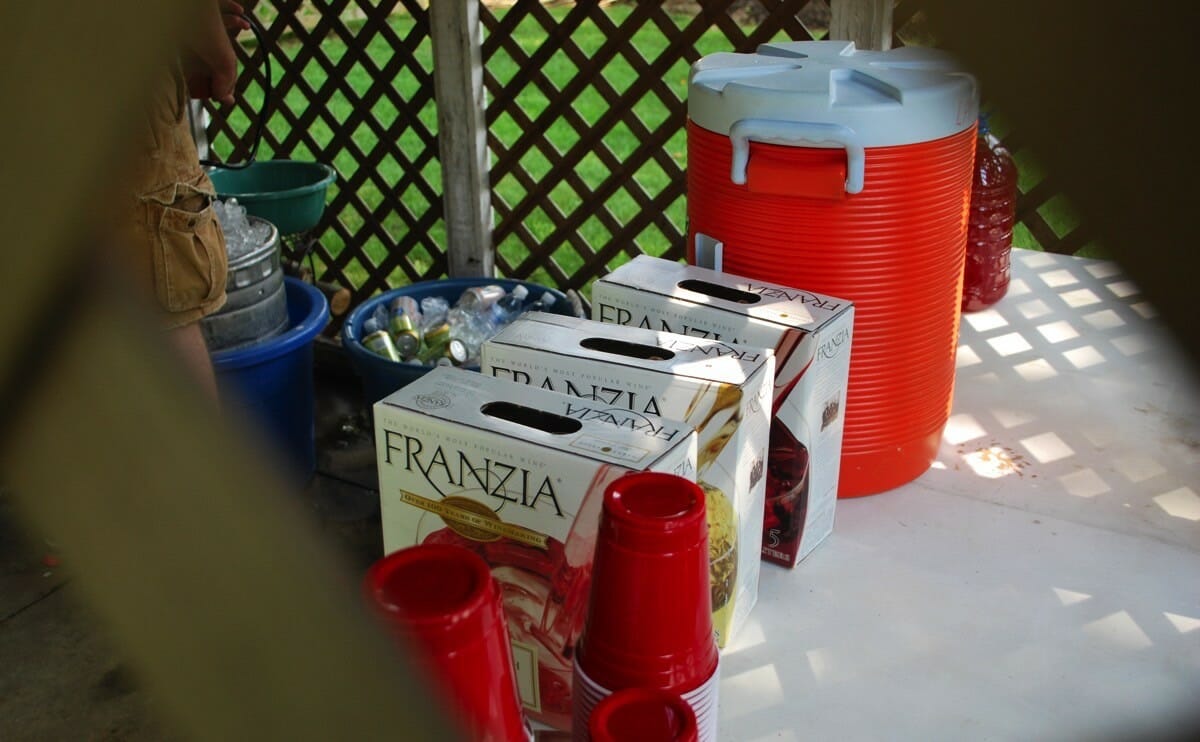 Arsenic is one of those scary chemical words that bring to mind thoroughly unscientific ideas. We all know that arsenic is toxic, thanks to Victorian stories about slipping some in a glass of wine. So the news that some of the country’s most popular wines may have elevated levels of arsenic is scary, too! But arsenic poisoning is a little more complex than you might think.

In trying out its new wine-analyzing equipment, new laboratory BeverageGrades found that in about 25 percent of more than 1,300 bottles of wine tested, arsenic levels are higher than the EPA allows in drinking water. In some, like Franzia and Charles Shaw, the levels were several times higher.

Arsenic is a heavy metal, naturally occurring in soil and water, though it’s also a byproduct of some manufacturing. Some plants, most notably rice, are known to pull in arsenic along with water and other nutrients, making the final edible product fairly high in arsenic. Drinking water has varying levels of arsenic around the world, and most countries have some kind of legal limit on how much arsenic is allowed; in the United States, it’s 10 parts per billion, which is more than is allowed in, say, Australia (and even, thanks to state laws, in New Jersey), but significantly less than is allowed in other heavily populated countries like China and India.

Arsenic isn’t a poison in the way we often think of it. Certainly it can have short-term effects, which include mostly gastrointestinal problems like vomiting and nausea, but the more insidious danger is in long-term, chronic arsenic consumption. Over a long period of time, if the water you drink has even slightly elevated levels of arsenic, you can develop, according to the EPA, “cancer of the bladder, lungs, skin, kidneys, nasal passages, liver and prostate.”

The FDA, which is in charge of monitoring beverages like wine to make sure they’re safe, does not test for arsenic, which is why the wines with elevated levels of arsenic are still found on store shelves. That means that there’s no law being broken here; the EPA limit of 10 parts per billion are for drinking water, not wine. And certainly the winemakers will make the case (that’s a very good pun, go back and look at it again) that people don’t, or shouldn’t, drink as much wine as water, and thus the higher levels are unimportant in the grand scheme of long-term arsenic levels in the body.

But that hasn’t stopped BeverageGrades from filing suit against the winemakers, arguing for, if not a recall, at least some labeling that informs the customer that the wine within has high levels of arsenic. Who knows if the lawsuit will succeed, or even if it should – but having more information certainly couldn’t hurt the consumer. Not as much as arsenic poisoning, anyway.