Pennsylvanians No Longer Subject To (Quite As) Insane Draconian Alcohol Laws

It's a minor revolution in one of the weirdest states in the country. 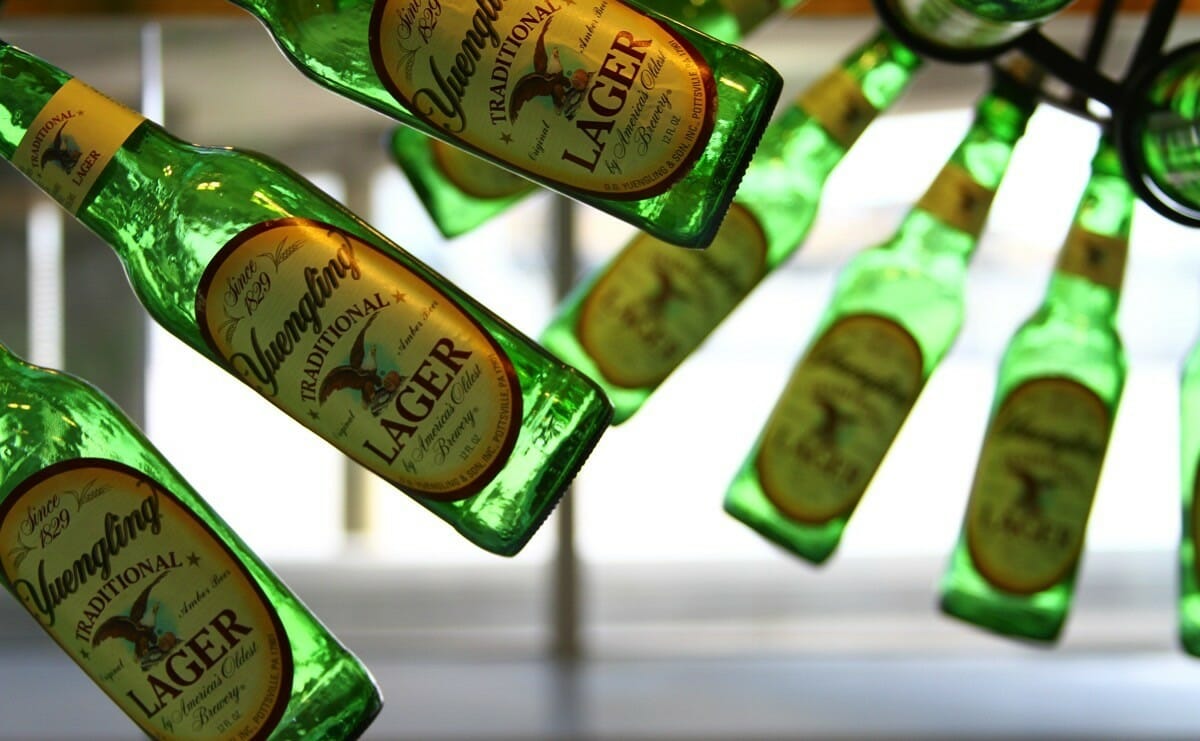 Pennsylvania, my home state, is a strange borderland. It is northern, but barely, which means that like Maryland, Delaware and Virginia, it has distinct southern influences, especially in accent. The western third of the state is wholly Rust Belt, nearly indistinguishable from nearby Ohio. The middle of the state is rural, mountainous Appalachia that has more in common, culturally and in appearance, with Kentucky than with neighboring states like New York. It has two of the great urban liberal strongholds in Philadelphia and Pittsburgh, and yet has barely managed to turn in electoral votes for Democratic presidential candidates in the past few elections. Fireworks are basically a free-for-all in the state, except they can’t be sold to fellow Pennsylvania residents. And it is one of the great beer-loving places in the entire world, home to the nation’s oldest brewery and several of its best craft breweries, a place where a featureless bar in a suburban strip mall is pretty likely to have 20 outstanding beers on tap, and yet is subject to some of the strictest and weirdest liquor laws in the entire country. But that last part might soon be changing.

Liquor laws in the U.S. are decided, with rare exceptions (like the overall drinking age, which, admittedly, Puerto Rico can flaunt), by the state. Pennsylvania’s liquor laws are more complex and bizarre than most; for a state that’s by no means liberal, it seems crazy that it has a socialized liquor board. Wine and liquor can only be sold by state-run “wine and spirits” shops, which, because the state is the supplier for all of them, have basically the same selection. Until 2003, every single one of those was closed by law on Sundays. (Now, about 10 percent of them are allowed to be open. For five hours.) You can buy beer in two places: state-regulated beer distributors and restaurants. No grocery stores. No gas stations or Walmarts or even those wine and spirits stores.

Until now, those beer distributors have had a singularly insane law: they can only sell beer in multiples of 24. That means no 6-packs, no 12-packs, no 30-packs. For that matter, if you try to buy a case of 24 plus a 12-pack, they’ll turn you away: either add 12 beers to that or take 12 away. (Restaurants can sell 6-packs and 12-packs, but due to taxation and demand, mark them up insanely, practically to the same price you’d pay at a bar.) This can sometimes feel especially insane, because some breweries only make beer in 12-packs. To sell those, the breweries have to put two of the 12-packs side by side on a piece of cardboard and call it a 24-pack.

But on March 6, reports the Pittsburgh Post-Gazette, the Pennsylvania Liquor Control Board’s Office of Chief Counsel issued a statement allowing something new: the new minimum for selling beer would be 128 ounces, a weird number that allows 12-packs but not 6-packs. Still! What a change! Unfortunately at the time, the ruling was marred by a nicely poetic bit of weirdness: the beer distributors would not be allowed to split up a 24-pack into smaller units, even if the “24-pack” was just two 12-packs on a piece of cardboard. For those 12-packs to be sold as 12-packs, the beer distributor would have to send them back to the manufacturer, who would remove the piece of cardboard they sat on and write “these are 12-packs” on them, and ship them back to the distributor, who could then sell them as 12-packs. This law actually passed! This was a rule that people wrote and thought, “yep, OK, that sounds good to us.”

Luckily, last week, the liquor control board saw fit to overrule that particular bit of craziness, and within a few weeks, Pennsylvanians should start seeing 12-packs, 18-packs, 20-packs, and even 30-packs for sale, just as the manufacturer intended.

To people outside the state, this might seem like the most incremental change possible, but to Pennsylvanians, it’s a minor revelation, a battle won on the long road to revolution. Who knows? Maybe our children, or our children’s children, will be able to enjoy amazing freedoms like buying a 6-pack of beer with groceries, or going to a wine shop where the owners know and care about wine. It’s an amazing time to live in the Keystone State.