When it comes to ministering to plants, who better than a bee? 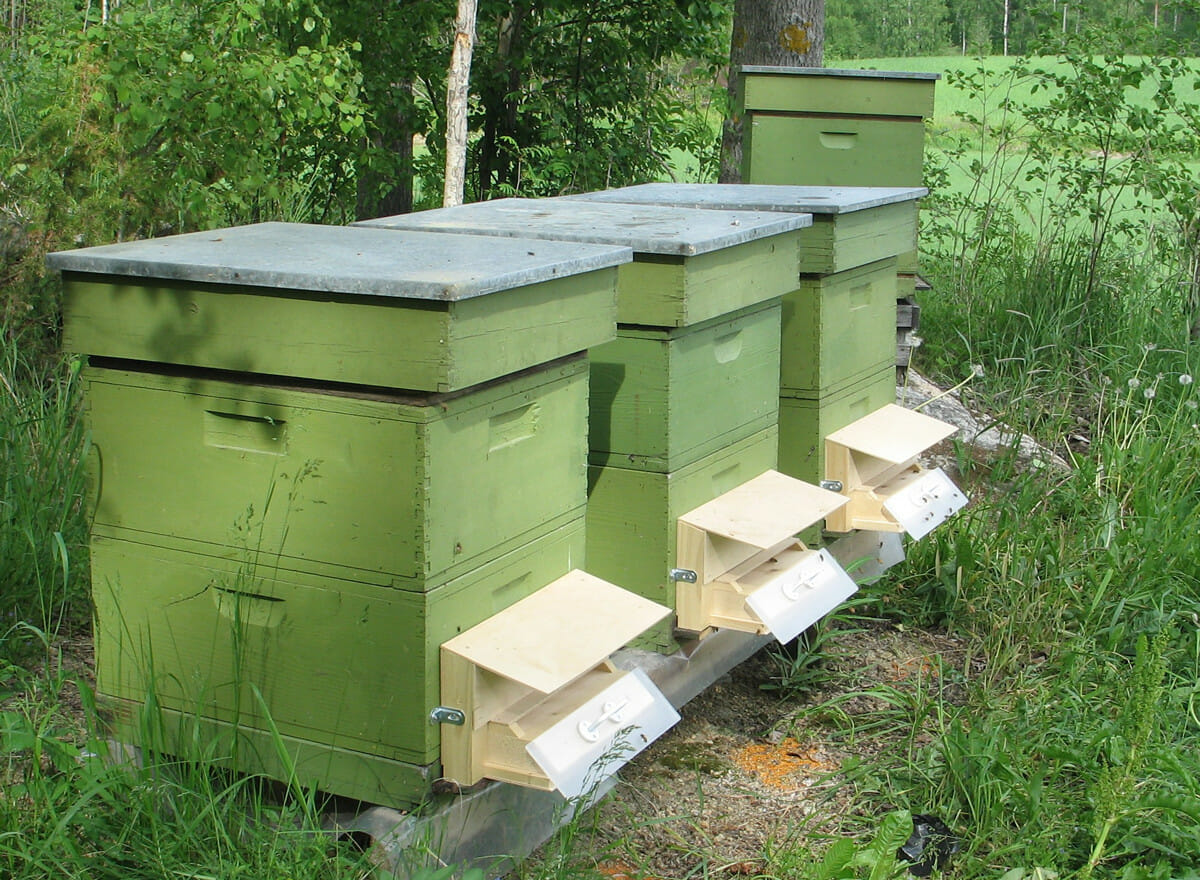 The hazards of spraying fungicides and pesticides on fruit and vegetables are well known: increased resistance to their efficacy by pests and weeds, expense of fuel, machinery and labor to apply them and the environmental hazards of runoff and spray drift.

Over the last several years, European fruit farmers have discovered that putting a tray of a safe fungicide powder in front of a hive allows departing bees to get it on their bodies and deliver it more precisely to fruiting flowers than any spray.

Finnish agricultural zoology professor Heikki M.T. Hokkanen first pilot-tested the process against one of the strawberry industry’s greatest nuisances, gray mold, at a strawberry farm in 2006. Gray mold has regularly destroyed between 10-20 percent of the Finnish strawberry crop, costing growers up to EUR 5 million.

Hokkanen devised a beehive attachment – a so-called “two-way dispenser” – that he uses with a bio-control agent called Prestop-Mix, which was designed by Finnish firm Verdera Oy for fungus control and is approved by the European Union for use in organic farming. Hokkanen says the dispenser allows the bees to exit only through the opening that takes them through the microbial powder; the separate hive entrance at the top has no dusting of Prestop. Thus, he says, the bees do not transport the agent “in the wrong direction” (into the hive), but come in with clean feet, having rubbed off the product during their foraging. 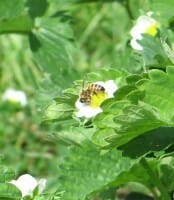 Since the pilot, researchers and fruit growers of greenhouse strawberries and raspberries, as well as orchard apples, pears and cherries in Europe and Australia have adopted or least tested the practice. They use products from both Hokkanen’s own company Aasatek Oy and Belgian bumblebee producer Biobest. Although figures on exactly how much less fungicide bee doctoring uses compared with chemical spraying were not immediately available, Hokkanen’s peer-reviewed paper on the pilot says the process is approximately one-third the cost of chemical control.

Jouko MÁ¶nkkÁ¶nen, the strawberry farmer in LeppÁ¤virta, Finland who piloted Hokkanen’s “bee doctor” test, says the practice has also improved his strawberry yields: “When I first started cultivating strawberries 20 years ago, we moved yields per hectare to about 5000 kilos. When the farm started bee farming 10 years ago, that increased yields to between 6,000-9,000 kg. Now, for the last four years, it has not gone below 10,000 kilograms [per hectare].”

But it is the lessened environmental impact on the land that prompted the Finnish Government to subsidize its strawberry, raspberry and apple growers by 500 Euro per hectare if they switch to bee doctoring, says Dr. Katja Hogendoorn, a bee researcher at the University of Adelaide’s School of Agriculture, Food and Wine.

Hogendoorn organized the first demonstration of bee doctoring in Australia last fall with the Cherry Growers Association of South Australia at Lennane Orchards in Montacute. “Brown rot is caused by a fungus, which significantly impacts the $150-million Australian cherry industry through costs of applying fungicide, yield loss and fruit spoilage,” she says. She also used Hokkanen’s hives and Prestop.

Using bees to deliver bio-agents that kill plant disease could clearly cause some to question whether the practice is safe for bees. Hokkanen asserts that Prestop-Mix poses no risk to the bees and does no harm to the berries. Hogendoorn said she lost only one of 20 hives in her cherry orchard test to meat ants and that most of the hives were very heavy, indicating thriving populations.

Both Hokkanen and Hogendoorn say tests have shown that honey from bee doctors contains no traces of the bio-agent or strange flavors.

Biobest presented the bee-doctoring concept to the Bio-Pesticide Industry Alliance (BPIA) conference about 18 months ago. (Aasatek has no sales presence in North America.) However, Dominique Demers, sales manager for Biobest Canada & U.S., says it is only selling the dispenser for its commercial bumblebee hives, as no bio-pesticide in the U.S. is yet approved for use by either honeybees or bumblebees.

A spokeswoman for the U.S. Environmental Protection Agency’s Biopesticides and Pollution Prevention Division (BPPD) said it does not have any guidance on new technology to use bees to deliver biological agents that control diseases in fruit, and has received no application for its use. “If we receive a submission for this use, we will evaluate it under the standards of FIFRA (Federal Insecticide, Fungicide, and Rodenticide Act),” the agency said.