Ah, health food. *bites into a giant bar of chocolate* 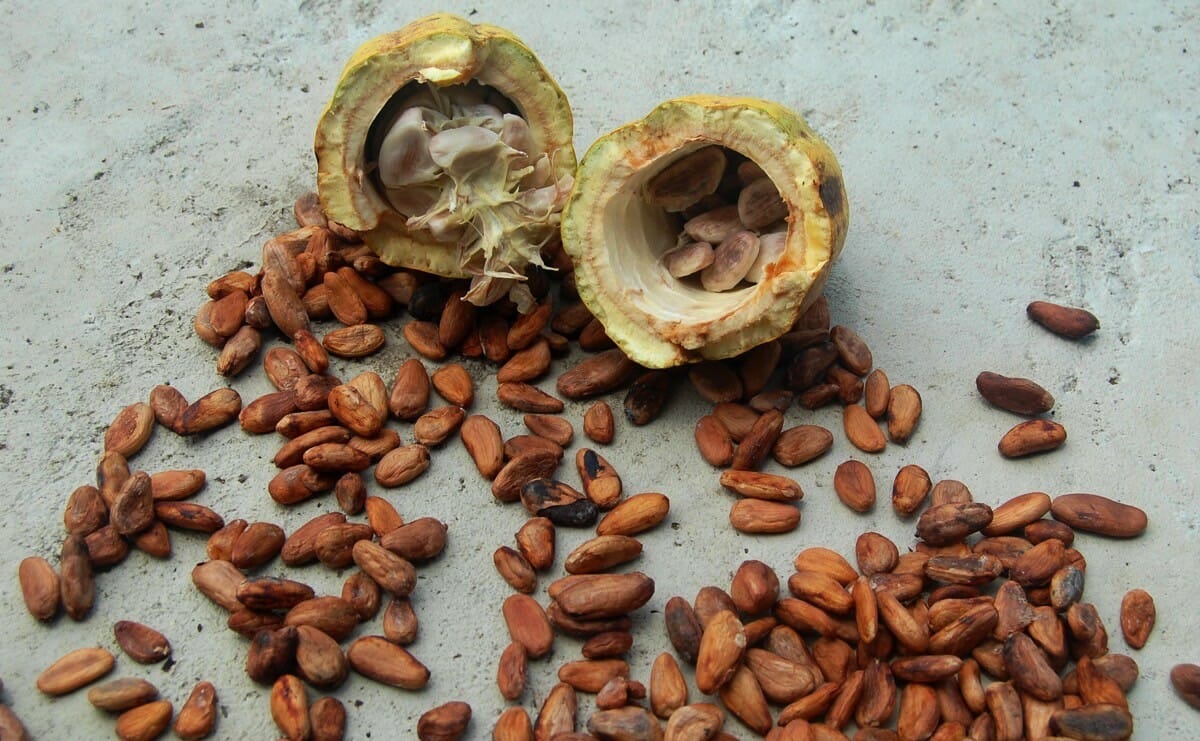 New research from a team led by Emmanuel Ohene Afoakwa of the University of Ghana could mean great news for chocolate enthusiasts as well as health nuts, two groups that very minimally intersect. And it’s not even particularly expensive or difficult!

The process of making, say, an American-style (or Belgian, or French, or Swiss) high-end chocolate bar ends a long way from where it begins. In a tropical country somewhere, often in Africa or Latin America, cacao trees grow large, oblong fruits, sort of like a stretched-out acorn squash. Cut open the fruits and you’ll find a white goo with around 24 seeds, usually called beans, embedded inside. (The goo is actually pretty tasty, but doesn’t travel well. It’s used in drinks where it grows, though.)

After washing away the goo, the beans are left to ferment for anywhere from a few days to a few weeks. Exactly how this is done varies; usually they’re laid in baskets with some kind of plant material to hurry along the process. That plant material might be palm fronds, might be bananas, might be something else entirely. After that, they’re laid out in the sun to dry. (Mass-market manufacturers might do all of this mechanically, which saves time, but according to chocolate snobs, stunts the flavor.) Finally, after drying, they’re roasted, then ground into nibs, which are then processed to separate the cocoa butter, or fat, from the cocoa “liquor,” which is used to make chocolate. The liquor is well-known for its health properties, boasting high levels of antioxidants, resveratrol, and plenty of other possibly-good-for-you chemicals.

What the researchers here have done is figured out a way to boost the wanted chemicals, which, they say, also increases the flavor compounds, making the chocolate more delicious. It’s a pretty simple change: instead of splitting open the cacao pods immediately, the pods are cut down and stored for, preferably, seven days, doing a little bit of in-pod fermentation before moving to the typical fermentation stage in the baskets. Tests indicated that this dramatically increased the amount of antioxidant activity.

The only other change the researchers found helpful is in the roasting, which they do at a lower temperature for a longer period of time than would typically be done. But, as with storage, taking time seems to be helpful: the slow-stored and roasted beans have more polyphenols, as well as the increased antioxidants. Pretty amazing! We wouldn’t be surprised to find a slow-roasted chocolate bar hitting stores after this research is fully absorbed by chocolatiers.