What are we, chopped liver? 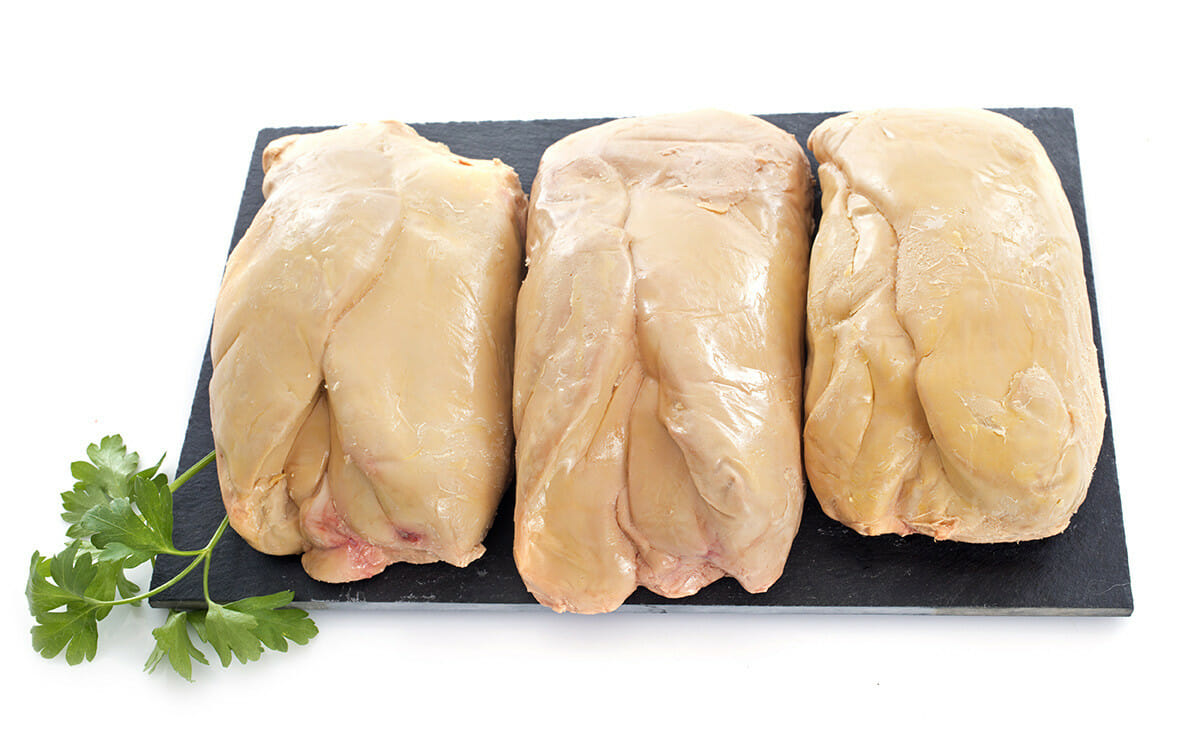 Foie gras — as I’m sure everyone reading this knows, but I feel like it’s important to be clear and informational even if it’s repetitive — is the artificially fattened liver of a duck or goose, obtained by sticking a big tube down the bird’s throat and pouring in more food than it would normally eat. This enlarges the liver by something like 600 percent, making it fatty and prized by chefs.

The California law banned all force-feeding, and an alliance of restaurateurs and foie producers have been trying for years to come up with a way to get the law off the books. They succeeded this week by convincing a judge that the law is unconstitutional in that it interferes with existing federal law regulating poultry products. Without taking sides, it seems like kind of a loophole defense! (A similar new law, which forces egg producers to have less repulsive conditions for egg-laying chickens, escaped that loophole because the existing law doesn’t apply to eggs.)

Restaurateurs and foie producers are ecstatic, of course, even the ones like Ken Frank of La Toque in the Napa Valley, who never stopped serving foie (he just gave it away for free, which apparently skirts the law). Animal rights advocates are furious, seeing this as permission for farmers to torture their animals in the service of some ridiculous French luxury. But the agricultural truth is somewhere in the middle. Not nearly enough articles have been written which actually go to farms and investigate, without bias, what’s going on.

The major problem with the tack taken by animal activist groups like PETA and Mercy for Animals is in anthropomorphizing waterfowl (I agree with the headline of this Hamilton Nolan piece for Gawker, but not the content of the post). It’s an understandable and probably generally beneficial strategy to empathize with animals, to put one’s self in their place, but animals aren’t people and their physiology, their needs and their wants are not quite like ours. The always-brilliant J. Kenji LÁ³pez-Alt at Serious Eats has probably the best investigation I’ve seen; he goes to one of the better foie farms in the country but also explains why a duck’s body doesn’t necessarily make force-feeding torture. (For one: some duck species naturally gorge prior to migration.) That said: there is basically zero reliable scientific data regarding the foie process, which is called gavage. For example, Kenji repeats the claim that ducks do not have a gag reflex. This is a common refrain from those on the pro-foie side. I can find no unbiased scientific study with firm data on whether waterfowl have a gag reflex. Certainly their throats are expandable, allowing them to eat things (for example, fish) wider than the natural circumference of the throat, but on the whole the data is pretty inconclusive.

From extensive reading all that’s clear to me is that some foie farms are unnecessarily cruel, and some are not. Grassroots Farms, in Georgia, is not, as depicted in this excellent piece from Wyatt Williams at Eater. La Belle Farms in New York, where Kenji visited, is not. Soulard Farms, in France, where Gordon Ramsay used to source his foie, seems pretty awful. Like most questions about farming, this is less about the broad ethical issue and more about the specific qualities of individual farms.

All the research on waterfowl feeding ethics was kind of a downer so I ended up just reading about a lot of weird species of ducks. I love ducks! Here’s one of my favorites: the king eider. It’s a sea duck that mostly hangs out around Arctic coasts and looks completely insane.

THIS WEEK IN WEATHER

I love those videos of people in cold places who get a mug of boiling water and hurl it outside where it turns instantly into snow. Here’s how that works.

There’s something called the “Ridiculously Resilient Ridge” and it’s coming back to California.

Tons of snow in the U.K., which looks pretty nice all wintry like that.

That’s it for this week’s Weekly Glean! Hope you enjoyed. For more agricultural news, parenthetical jokes, and deep Wikipedia dives, don’t forget to sign up to receive the Glean as a newsletter each week.