A historic haul, found in farm in suburban London. 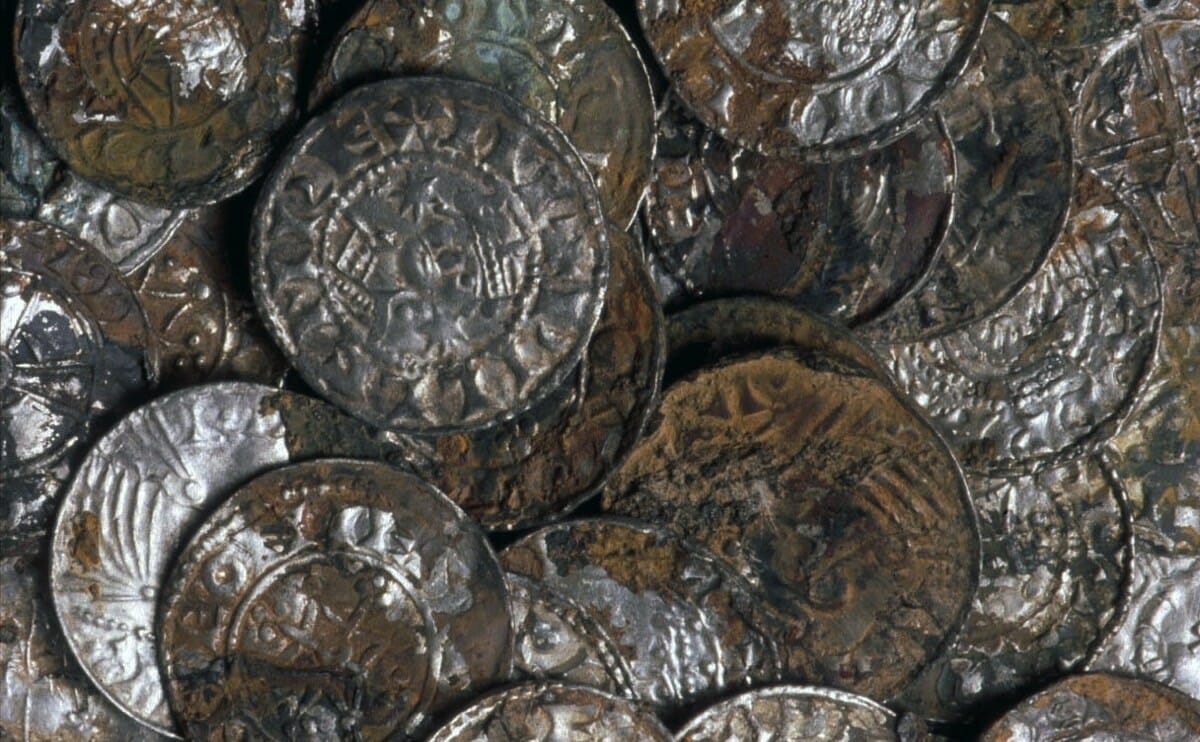 Aylesbury, a suburb of London that’s received a boom in population overspill from the capital in recent decades, might not be exactly the place you’d expect to find ancient treasures; it’d be like looking for treasure in Weehawken, or Orange County. But a group of “metal detectorists,” as they call themselves, from a larger group called the Weekend Wanderers Detecting Club, stumbled on a massive cache of thousand-year-old coins in a farm there.

The cache itself is enormous, one of the biggest in history, consists of 5,251 silver coins, which were buried in a lead box in a farmer’s field. The coins date from around the year 1000, either during the reign of Á”thelred the Unready or possibly Cnut the Great. They appear to have been buried shortly after manufacture, given their near-perfect quality, and have remained undisturbed ever since.

“But how much are they worth???” you ask. The coins would have been worth a crazy amount at the time they were made; even a single coin would have been significant. These days, they’re estimated to be worth about £1 million, which is around $1.5 million in United States dollars. Because the coins are so old, they’ll be auctioned off to a prestigious museum, by law, but the proceeds will be split evenly between the group that discovered them and the farmer who owns the land. That’s one way to make it as a suburban farmer in 2015!