The Pope Just Received Two Donkeys as Gifts. Let This Become a Trend.

He truly is blessed. 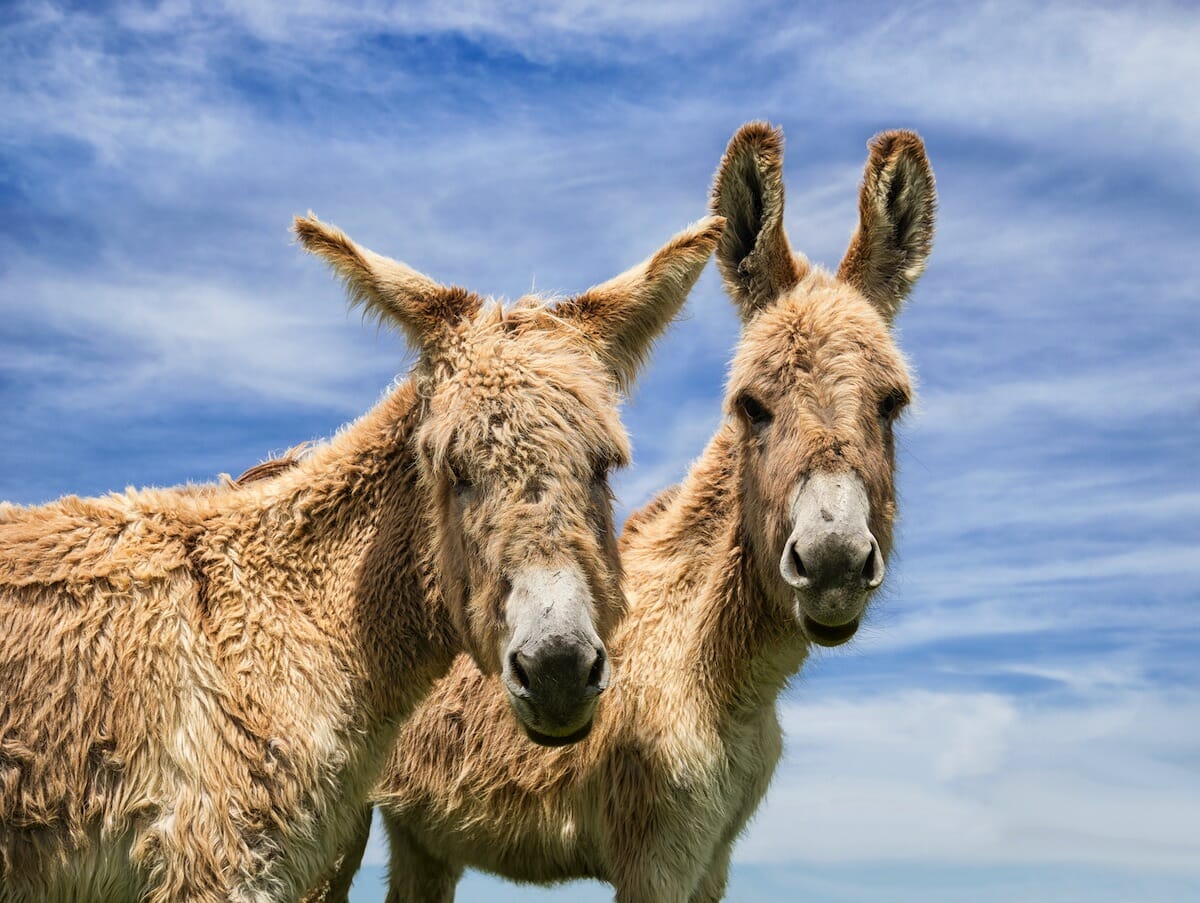 Donkey milk, as we reported earlier this year, is having a bit of a moment in Europe, celebrated both for its culinary possibilities (yup, ass cheese exists, it’s expensive as hell, and it’s the obsession of tennis champ Novak Djokovic), as well as its cosmetic benefits. Eurolactis, which traffics in everything from powdered donkey milk (a sometime substitute for breast milk) to an anti-aging face cream, is no less than rhapsodic in its online praise of la latte di asino: “It is written that Cleopatra bathed in it. The Greeks considered it to be an excellent remedy; the Romans, recognising its extraordinary richness, made a luxury drink and beauty products out of it.”

Not all popes are fans of real-world Eeyores. Back in 2012, Pope Benedict declared that the traditional nativity donkey represented a bit of revisionist manger history.

Pope Francis is all over it: Turns out the Buenos Aires native actually drank donkey milk as a child. But not all popes are fans of real-world Eeyores. Back in 2012, Pope Benedict sent the nativity ass packing, at least in the abstract. “There is no mention of animals in the Gospels,” he wrote in Jesus of Nazareth: The Infancy Narratives, explaining that the stalwart burro usually positioned behind the baby Jesus represented a bit of revisionist manger history. (He stopped short of banning donkeys outright.)

Thea and Noah — rumored to be more than platonic pals, though the biblical Noah was actually paired up with Emzara — will not be clacking around the halls of the Vatican, which bans most animals. Rather, they are soon off to the papal farm in the town of Castel Gondolfo, about 15 miles outside Rome. They’ll join an outfit that already includes 25 cows and more than 300 chickens.

So they should milk their 15 minutes while they last.