Eight donkeys that are on screens , in books and on coffee packages. 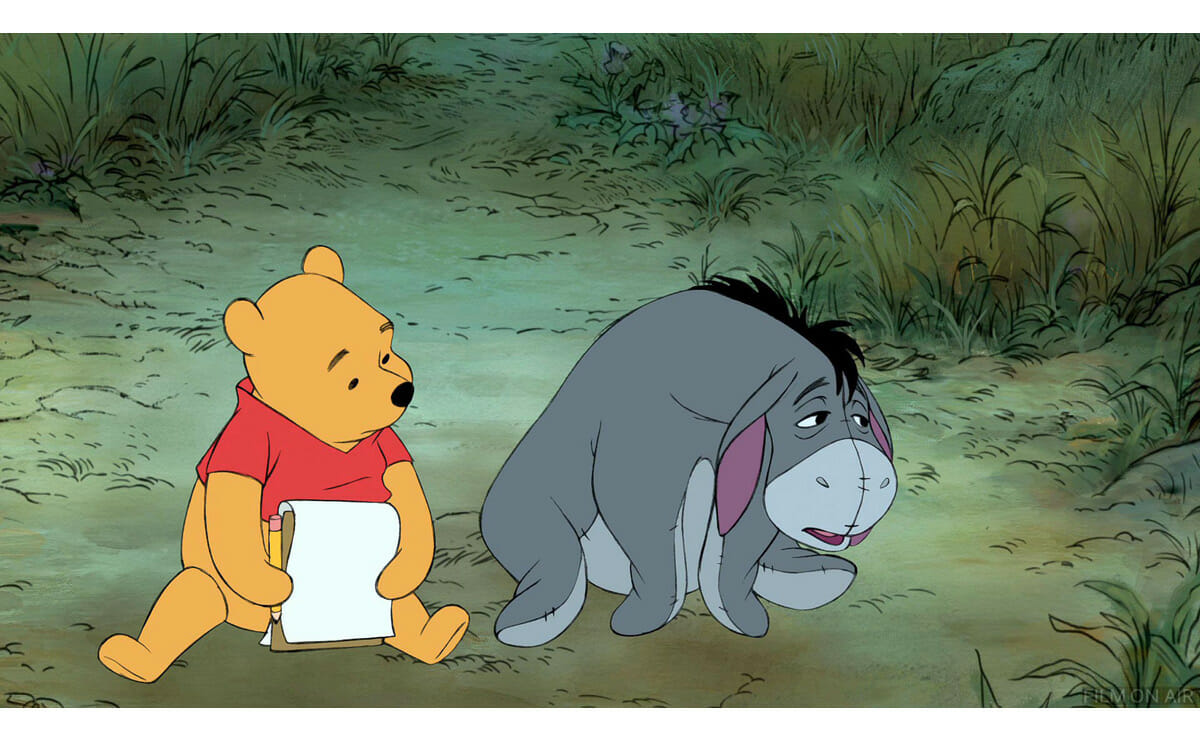 Here are eight fictional donkeys that are notable for their appearances in the media from the mid-20th century until now. Despite their shortcomings, we like them all.

The gloomiest character in the Hundred Acre Wood, Eeyore is one of Pooh’s best mates. Hardly ever happy, Eeyore seems to enjoy his gloominess while appreciating his friends’ attempts to cheer him up. He may speak less than other characters, but it’s enough to tell us that Eeyore is way smarter than you might expect from a sad-looking donkey. His biggest concern is his tail because it frequently falls off. Luckily, he has his friends, especially Christopher Robin, who’s the best at fixing Eeyore’s tail, possibly because he has thumbs.

Donkey is talkative; actually, sometimes too talkative. That’s why Shrek, who knows wholeheartedly that Donkey is his best friend and most honest sidekick, can’t avoid feeling annoyed by this cheerful spirit. The character was modeled after a real miniature donkey named Perry from Barron Park in Palo Alto, California.

Appearance: The Small One.

Small One appears in Walt Disney’s 1978 animated Christmas short film based on a children’s book. The donkey is buddies with Nazareth, a boy whose dad owns Small One and three other donkeys, all of whom are younger and stronger than the protagonist. In a highly dramatic scene, the boy’s dad announces he is selling the donkey. Knowing that he can’t stop this from happening, Nazareth asks if can be the one who sells his beloved buddy. It’s the only way the boy can be sure that Small One’s new owner will be nice and treat him well.

Juan Valdez has been the face of Columbian coffee since 1958. The fictional character, created by the National Federation of Coffee Growers of Columbia, is usually seen with his faithful pet, Conchita (sometimes called Lana). Often seen with two coffee bags on her back, Conchita is a long-time mascot for the brand. And if you visit Juan Valdez’s website, Conchita is there, twitching her ears and standing next to her master.

Description: A football-playing mule from Yugoslavia.

Probably the only mule known for his athletic skill, Gus stars in this 1976 namesake film. Originally working on a farm in Yugoslavia, Gus flies to the U.S. with his owner and trainer Andy Petrovic and becomes a star for the low-ranking football team The California Atoms. The mule gets on the team by showing his kick-ass 100-yard kicking ability, which he does whenever he hears the word “Oyage.”

Appearing in seven movies in seven years obviously makes Francis the Talking Mule the number one celebrity mule of the 1950s. In the movies, Francis is a talking male mule. But in reality, the legendary actor Chill Wills was the voice of Francis and Molly, the mule who played Francis, was a female. Universal Pictures bought Molly for $350 and the mule brought in at least a seven-figure revenue for the company. Well”“trained and naturally intelligent, Molly was a real star. Her performance was so outstanding that she was the first animal to receive a Picture Animal Top Star of the Year award (aka PATSY) in 1951.

The oldest and one of the wisest of all the animals in the novel, Benjamin has something in common with Eeyore: He doesn’t talk a lot. The donkey is known for spending a lot of time remembering the past and thinking about the future, which isn’t common among his farm friends. The interesting thing about this old, smart ass is the literary interpretations of his character. Some say Benjamin represents the aged population of Russia, who were skeptical of the revolution, while some say the donkey is a reflection of Menshevik intellectuals.

“Hey! Chingedy ching, hee-haw hee-haw. It’s Dominick the Donkey.” Kids in the 1960s would probably be able to sing this song right away when they hear this lyric. Recorded by Italian-American singer Lou Monte, the song is about Santa’s helper who brings presents to children in Italy because reindeer can’t climb the hills there. When the song was released in 1960, it made number 14 in Billboard’s Bubbling Under the Hot 100. Recently, Dexterity Records re-released the song and the donkey’s name was changed to Dominic. Though the new spelling is different, he’s still the same donkey who’s ready to help Santa.

it’s not ColUmbia and Columbian, it´s ColOmbian and Colombia!

Popular
How to (Actually) Get Rid of Fruit FliesEmily Baron Cadloff
7 Smokable Plants You Can Grow That Aren’t MarijuanaBrian Barth
How to Design a Moon GardenLindsay Campbell
6 Differences Between Llamas and AlpacasAndrew Amelinckx
Goat Sex: Everything You Wanted to Know But Were Afraid to AskAndrew Amelinckx
Explore Modern Farmer
Related
Animals
The Unique Struggle of Running a Sheep Dairy in AmericaChristine Clark
How-To, Plants
How to Preserve Your Own FlowersSophia F. Gottfried
Million Gardens Movement
America’s Oldest Continuously Operating Victory GardenFrank Giustra
Plants
Tar Spot Disease Is Plaguing Corn Fields Across the MidwestLindsay Campbell
wpDiscuz
We use cookies on our website to give you the most relevant experience by remembering your preferences and repeat visits. By clicking “Accept”, you consent to the use of ALL the cookies.
Cookie settings ACCEPT
Privacy & Cookies Policy