How A 400-Year-Old Religious Text Could Teach Us About Ancient Sheep - Modern Farmer
Animals, Lifestyle, Plants

Sometimes the most important thing about a historical text isn't the text at all. 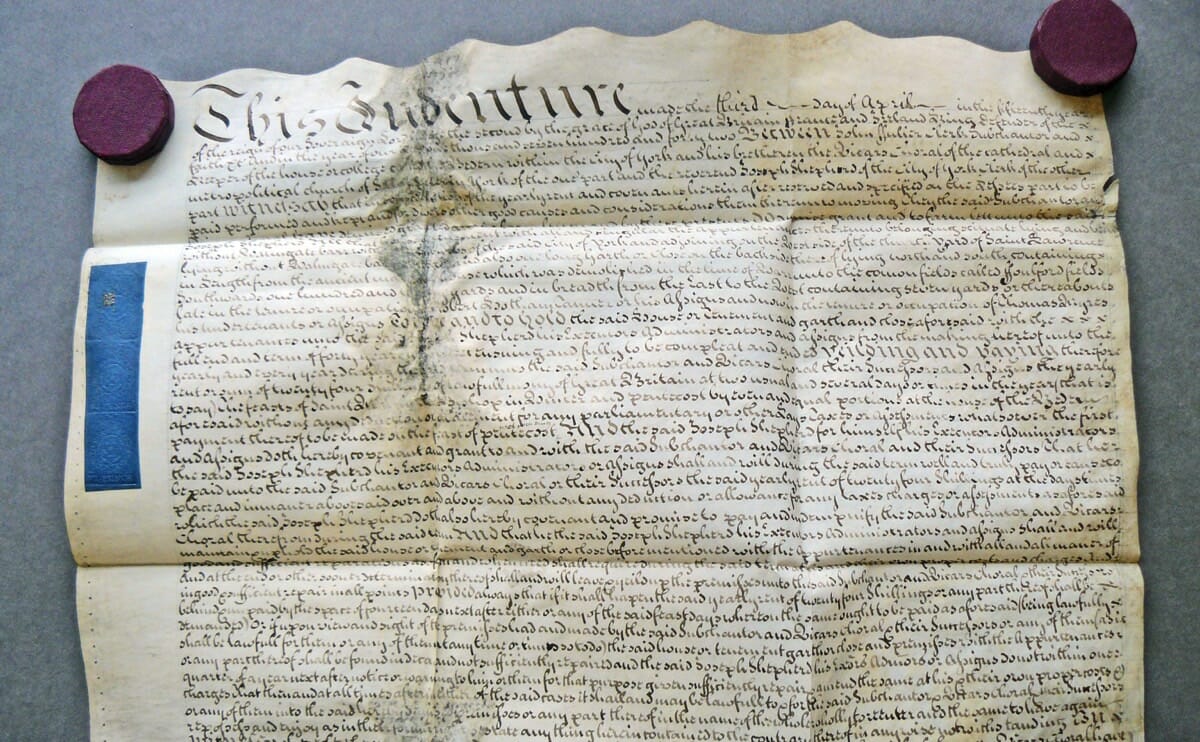 A recent study from researchers at the Universities of Dublin and York have taken what might seem like a bizarre approach to learning about the past: instead of examining the text of documents from the late 17th and 18th centuries, they examined the physical artifact itself. And as it turns out, the parchment, not the text, might be one of the best sources of information we have about the past.

DNA analysis is common for old objects, but most old objects are brittle and deteriorating, because, well, they’re old, and that’s what old things do. Take bones, for example: “You can get DNA out of bones,” says Daniel Bradley of the University of Dublin in a video, “but one of the problems with bones is that the DNA is not always terribly well preserved.” But parchment, made from the skin of an animal (goat, sheep, cow, camel, whatever), is long-lasting almost by definition; ancient scholars chose parchment to write on precisely because it’s so durable.

It’s not quite a brand-new idea; the past decade or so has been a boon for analyzing parchment instead of the words on the parchment. The DNA from the famous Dead Sea Scrolls was analyzed to try to make sense of the contents of the text. Back in 2009, a researcher from North Carolina State began work on analyzing lots and lots of medieval scroll parchment. But the new study is of special interest to us because it’s being used to learn more about the agricultural evolution of Britain.

The researchers in this case extracted proteins from the parchment, then sequenced the genomes, which these days is not so crazy of a task. The genome is sort of a blueprint of the animal from which the parchment came, in this case a few varieties of sheep. Then the researchers compared this genome to the genome of modern day sheep breeds to try to learn more about these centuries-old sheep.

They found a sea change of sorts, moving from one type of sheep in the late 17th century to the predominance of a different kind of sheep in the early 18th century. The earlier sheep is found to be of a type now considered in the U.K. to be a “northern” breed, meaning, generally, a black-faced breed like the excellently-named Swaledale and Rough Fell, according to Culture24. The later sheep is more like the type associated with “southern” sheep these days, likely due to the influence of one of the pioneering figures of the British agricultural revolution, Robert Bakewell. Bakewell was one of the first to experiment with artificial selection, and his improved breed, the New Leicester, was wildly popular. Cool! History!

You can read the full study here, if you speak Scientist.

(via Motherboard, image courtesy The Borthwick Institute for Archives)