What Happens To Fresh Milk During A Snowstorm?

Delivery trucks are getting stuck trying to navigate unplowed roads with five to six feet of snow. So what happens to the milk? 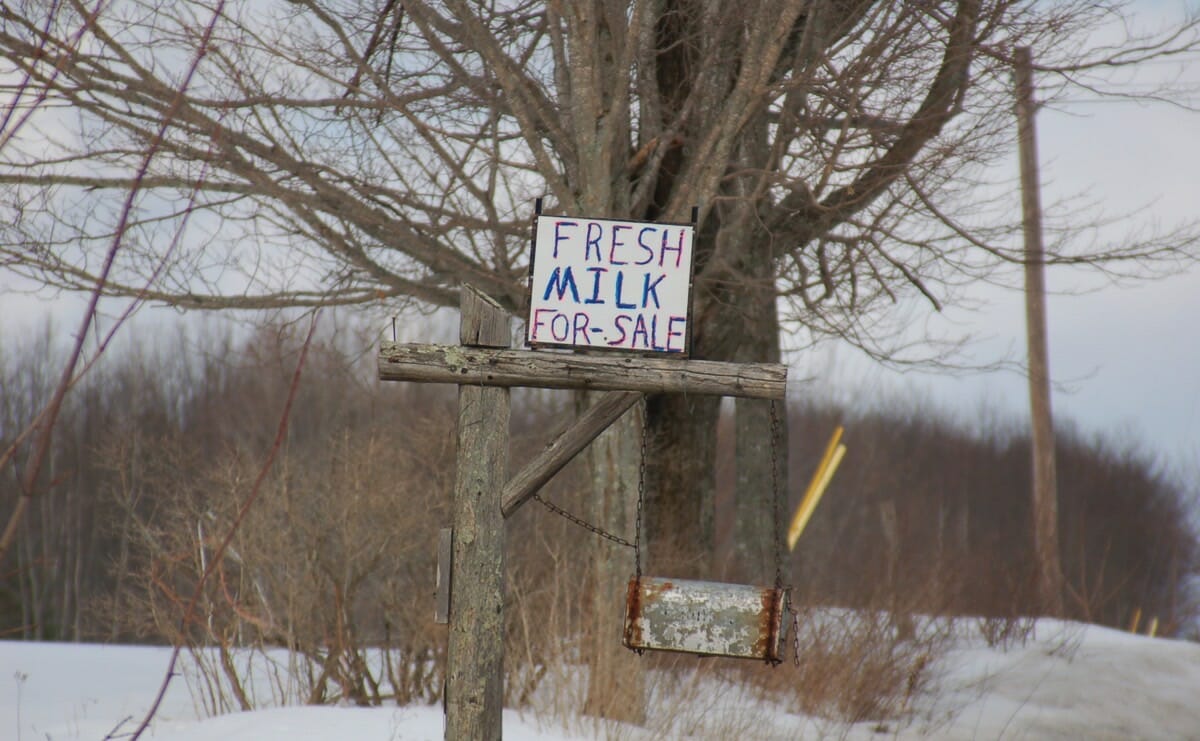 The plight of dairy farmers in upstate New York may sound a little petty when we keep in mind that this year’s early winter storm has already killed 13 people, but what happens to the dairy farmers has a huge effect on the region. New York, you might be surprised to learn, is the fourth-largest dairy producer in the country, after California, Wisconsin, and Idaho. And New York dairy farmers can’t get their milk to market, reports AgNews.

The individual cows are fine, say some of the farmers interviewed by AgNews; their barns are heated. But the same can’t be said for the humans involved in the dairy business. For one thing, it’s brutally cold outside and difficult to actually get to the milking barns; some areas, especially near Buffalo, are stuck with five to six feet of snow on the ground, even as New York City, further south, has yet to see a snowflake on the ground.

Dairy delivery trucks are stuck trying to get to the farms. The roads are often unplowed, and driving is near-impossible. So, what else to do? The farmers are dumping their milk. And the forecast of warmer temperature to come aren’t comforting at all. Says Kim Pickard-Dudley, general manager of milk processor Upstate Niagara’s membership division:

“I’ve had many farms dump milk,” Pickard-Dudley said. “And now, the latest is that barns are collapsing because of the weight of the snow. By the way, 60-70 degree temperatures and rain are in the forecast, so the rain will surely exacerbate the issue badly.”

We’ll keep you updated on what’s going on with dairy farmers this winter.