A hefty grant was just issued to "plain sect" farmers to help them take care of the land they till. 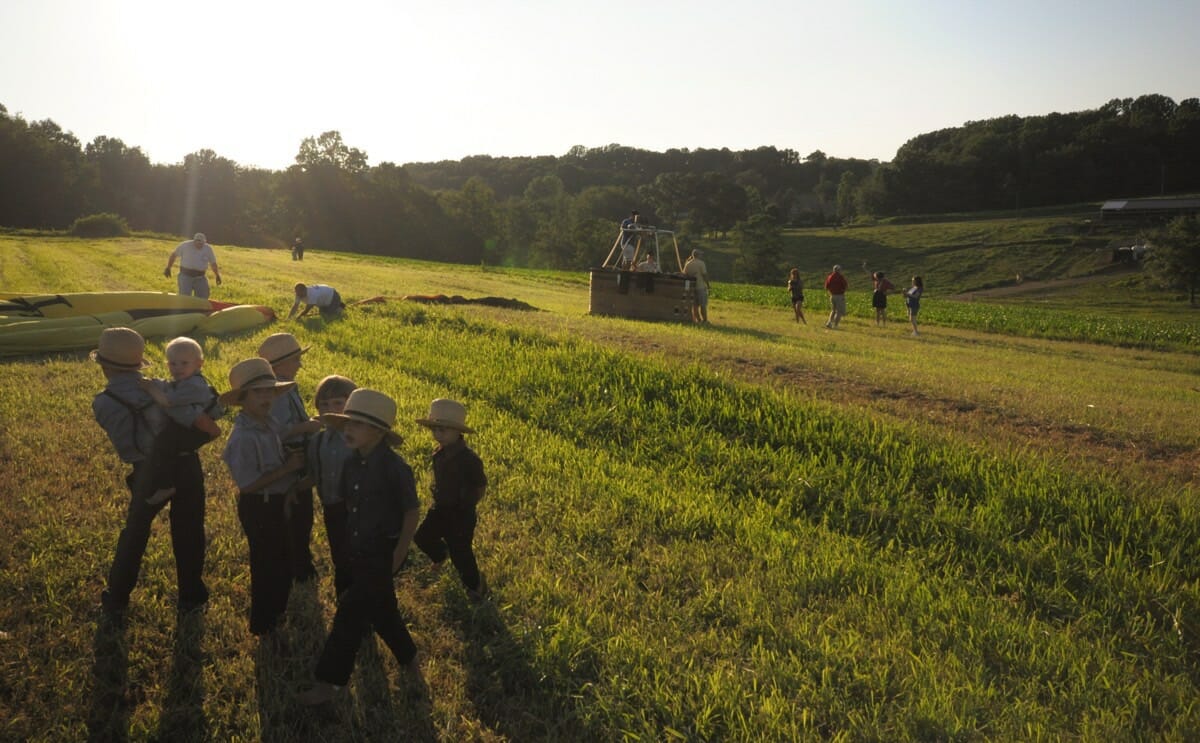 The legal status of Amish and Mennonite farmers is delicate and tricky; mostly, the government leaves the farmers alone, and the farmers leave the government alone, in stark contrast to the way most agriculture is done in this country. But in the past few years, that’s all gone out the window, as the Environmental Protection Agency has begun to crack down on violations from farmers that pollute the environment. The first major grant has just come through: about $400,000 to help farmers clean up their act.

Typically, some Amish and Mennonite farmers (we’re using these terms loosely; there are a lot of subtleties and variations, but we’re talking about what are more specifically called “plain sect” families, those who follow a doctrine of separation from the rest of the world) opt out of government entirely. They do not accept government subsidies, nor do they pay into or receive benefits like Social Security, and mostly, the government is fine with that. But as of around 2009, the EPA has begun cracking down, because the Chesapeake Bay watershed area, which abuts the heaviest concentration of plain sect farmers, is heavily polluted.

Of all the counties that farm this area, the worst offender is Lancaster County, the home of many plain sect farmers. According to the New York Times, the county as of 2010 generated about 61 million pounds of manure per year, far, far more than any other county in the area. Runoff from that manure, organic or not, can pollute the water systems in disastrous ways, spiking nitrogen and phosphorous rates while reducing oxygen, thus killing off wildlife. When the EPA visited farms in this area back in 2009, they found, says Grist, violations in 85% of the farms, ranging from improperly stored manure, improperly contained cows, and high levels of E. coli in the wells. Another problem: the traditional methods of farming, like horse-drawn plows, tear up the soil and promote erosion much more than more modern methods.

The National Fish and Wildlife Foundation issued a grant in the odd number of $383,744 to help farmers clean up the Pequea (pronunciation: “peck-way”) Creek Watershed on the Susquehanna River. That money will go toward proper fencing to keep cows out of the creeks, better cattle crossing, and more efficient and safer storage methods for manure. Hopefully it’ll help the plain sect farmers do what they’ve always set out to do: protect the land.

Note: An earlier version of this story said Pequa was pronounced “peek-way.”

Horses are much better for the soil than heavy tractors and modern plows.

The Amish plow the manure under, thus reducing the opportunity for run-off, and to promote fertilization of the soil. Most modern farmers don’t even plow. They simply scratch up the surface and plant their seeds while throwing down ever increasing amounts of commercial fertilizer. It will be more conducive to run-off if you don’t trap it in the soil by working it into the substrate.

The farmers in lancaster would really appreciate if the EPA did one study, and that study would not take long to do, and it would not cost them much money. This study (that would only take at most 2 hours of someone’s time) + sending 2 sets of samples out to get tested… and this test/study would tell the farmers quite a bit. This test may already have been done, but has not been shared enough with the Amish farmers (that I’m aware of) Simple test: Test the waters of the susquehanna river (where the Pequea Creek goes into it)… Read more »

Horses are much easier on the soil than modern tractors and plows.