The EPA withdraws from a high-profile clean water act case, the Farm Bureau declares a victory, and several environmental groups are dismayed. 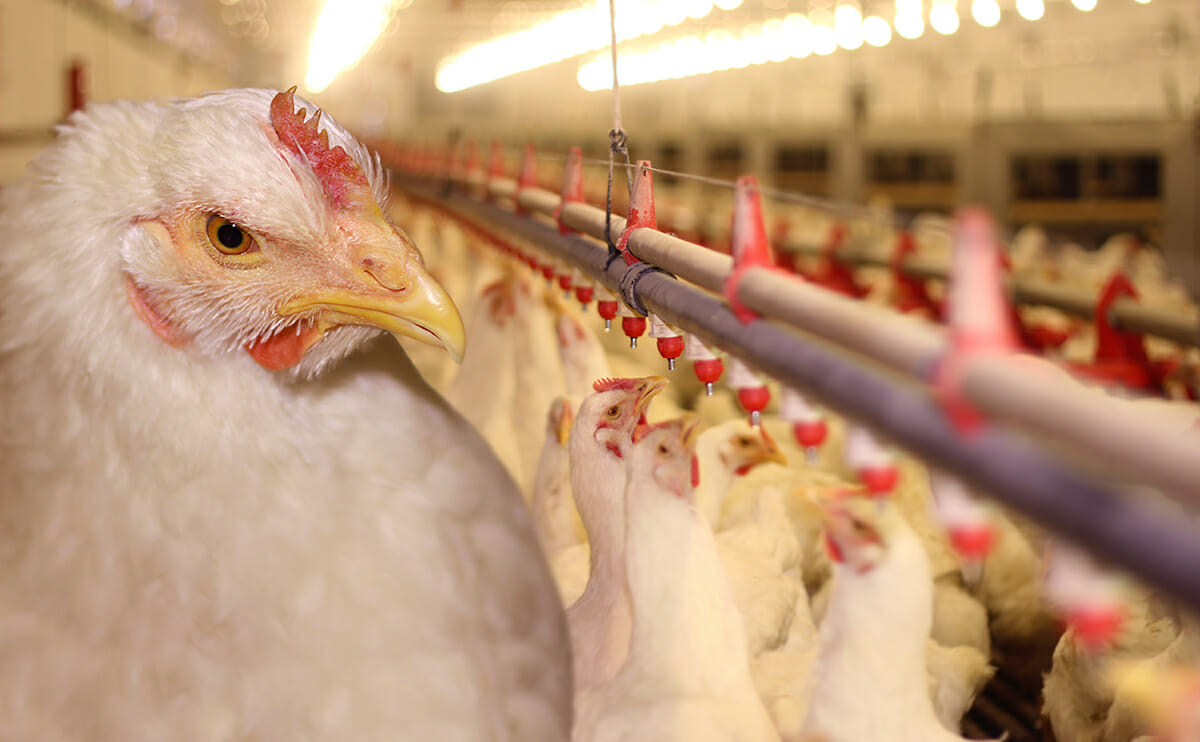 All this began one June morning in 2011, when a chicken farmer named Lois Alt hosted a training exercise for some state environmental officials at her farm in Old Fields, West Virginia. Soon beforehand, she’d found out that two officials from the EPA would also be coming along to inspect her farm’s compliance with the Clean Water Act.

From Alt’s perspective, the timing couldn’t have been worse. She had just finished one of the twice-yearly “clean outs” of her eight large chicken houses. That’s a process of scraping out all the poultry litter ”“ the manure and bedding materials that accumulate on the barn floor ”“ for use as a fertilizer. While loading this litter into trucks outside, some inevitably spills on the ground, where it represents a potential source of water pollution if a rainstorm were to wash it into the creek 200 yards away.

Knowing that EPA inspectors were due on her farm, Alt hurried to do a particularly thorough job of the routine cleanup that follows every litter clean-out. When she saw the inspectors taking pictures of a piece of litter that had been overlooked, though, she started feeling uneasy about the direction of things.

A few months later, bad news arrived by registered letter. The EPA deemed the farm to be polluting the adjacent creek ”“ and, by extension, the Potomac River. It also determined that dust, dander, feathers and fine chicken poop particulates coming out of the barns’ exhaust fans and settling on the ground outside represented violations of the Clean Water Act each time a rainstorm washed any of it into the creek. The EPA ordered her to apply for a permit under the NPDES program, created by the Clean Water Act to regulate “point-source” pollution and most widely applied to facilities like sewage plants and factories.

“It bothered me, because we were not polluters,” recalls Alt. “We value our resources just as much as the next person.”

The next summer, with the support of the American Farm Bureau and the West Virginia Farm Bureau, Alt filed suit in U.S. District Court to contest EPA’s decision that she needed the permit. Several environmental groups later joined the case in support of the EPA.

A bit of context here: While “confined animal feeding operations,” or CAFOs ”“ a designation that Alt’s and many other chicken farms meet ”“ can be considered point-sources of pollution under the Clean Water Act, very few farms in the region are regulated through the NPDES program. In all of West Virginia, just one CAFO has a NPDES permit, with one more now under review. Next door in Virginia, no farms are currently permitted under NPDES.

The prospect that a more aggressive EPA might require more farms to comply with NPDES and shoulder its accompanying costs (applying for these permits is generally inexpensive; depending on farms’ individual circumstances, complying with pollution limits they set could get very expensive) and has been a significant and growing fear among farmers in the region. When the agency told Alt she needed a NPDES permit, or else face fines of $37,500 per day, because of her exhaust fans and litter spillage during clean-outs, it touched a major raw nerve in the industry ”“ particularly since exhaust fans and occasional litter spillage are part of routine operations on pretty much every large poultry farm ”“ and prompted the Farm Bureau to take up her cause.

While loading this litter into trucks outside, some inevitably spills on the ground, where it represents a potential source of water pollution if a rainstorm were to wash it into the creek 200 yards away.

At the same time, agricultural runoff is the biggest source of water pollution in the Chesapeake Bay. That has lead environmental groups to argue that the government should be getting tougher on customary and routine farming practices like Alt’s that, when magnified across thousands of individual farms, can cause significant nutrient and sediment pollution.

Water samples collected from puddles outside Alt’s poultry houses during a second inspection by the EPA showed relatively high concentrations of nitrogen. During the lawsuit, an expert witness called by the defense testified the sampling results indicate that rainfall could wash around 400 pounds of nitrogen per year into the stream draining the property.

For comparison, that’s similar to the NPDES-permitted annual nitrogen discharges of very small sewage treatment plants that serve a few hundred people. The sewage treatment plant in Moorefield, W. Va., near Alt’s farm, treats the volume of water equivalent to a town of around 60,000 people (the town is far smaller; most of the wastewater is from its large poultry processing plant) and has a NPDES permit to discharge about 56,000 pounds of nitrogen per year into the Potomac River. (The plant, which opened less than a year ago, is on pace to actually discharge less than half that amount in its first full year of operation).

As Alt’s case played out in court, the Farm Bureau made hay of the PR opportunity it presented: A small farmer running a relatively ship-shape operation (and a past winner of an industry-sponsored environmental award) was staring down the barrel of tens of thousands of dollars of fines per day over dust, feathers and dander.

Eventually, U.S. District Judge John Bailey ruled in Alt’s favor, finding that she was exempt from the NPDES permit EPA tried to require of her.

Russell Prugh, a Seattle-based environmental attorney who has followed the case, tells Modern Farmer that one of the significant legal aspects of the case was some statutory interpretation in Bailey’s ruling. At issue was the term “agricultural stormwater discharge,” a form of pollution that was exempted from Clean Water Act regulation but never defined in the legislation or EPA regulations. In this case, the EPA argued that the litter and dust coming out of Alt’s exhaust fans from the CAFO “production area” (from which discharges can be regulated) shouldn’t qualify for the stormwater exemption. In his ruling Bailey rejected the argument, setting new precedent for how the Clean Water Act applies to poultry farms like Alt’s.

“[This is] the first federal court ever to address this issue, and it’s a very well-reasoned, very thoughtful opinion,” said Ellen Steen, general counsel for the American Farm Bureau.

EPA disagreed with the decision (not to mention the Farm Bureau’s analysis of it), and initially appealed to the Fourth Circuit. In mid-September, however, the agency announced that it would withdraw from the case to “focus on more pressing issues of environmental and public health protection.”

‘[This is] the first federal court ever to address this issue, and it’s a very well-reasoned, very thoughtful opinion.’

By email, the agency also said the “decision does not change EPA’s commitment to pursue enforcement when necessary under the Clean Water Act.” The EPA ignored repeated requests from Modern Farmer to provide more detail about how it might pursue such enforcement on farms in the future.

In early October, following EPA’s withdrawal, the five environmental organizations that had intervened beside it reluctantly withdrew their appeal of the district court ruling.

“[We] are deeply disappointed in the EPA’s decision to drop its appeal of a ruling that misapplied Clean Water Act permitting requirements for a confined poultry growing facility,” the groups said in a joint press statement. “[We] urge EPA to step up enforcement of the Clean Water Act by ensuring that large CAFOs obtain permits to control discharges of animal waste. Although CAFOs remain one of the largest unaddressed sources of pollution in the United States, EPA reported in 2013 that only 36 percent of the largest identified CAFOs have obtained Clean Water Act permits.”

Emboldened by their success in District Court, Alt and the Farm Bureau would have relished the opportunity to argue the case before the Fourth Circuit Court of Appeals.

“We wouldn’t mind if there was an appellate court decision on this issue,” said Steen, prior to the environmental groups’ decision to withdraw.

Proud of the legal victory she already won, Alt is also up for continuing the fight on behalf of the thousands of other farmers who wonder whether they’ll be the next to be asked to get a Clean Water Act permit ”“ which, depending on whom you ask, they definitely do or definitely don’t need.