As the planet heats up, fall foliage will respond in messy, unpredictable ways. 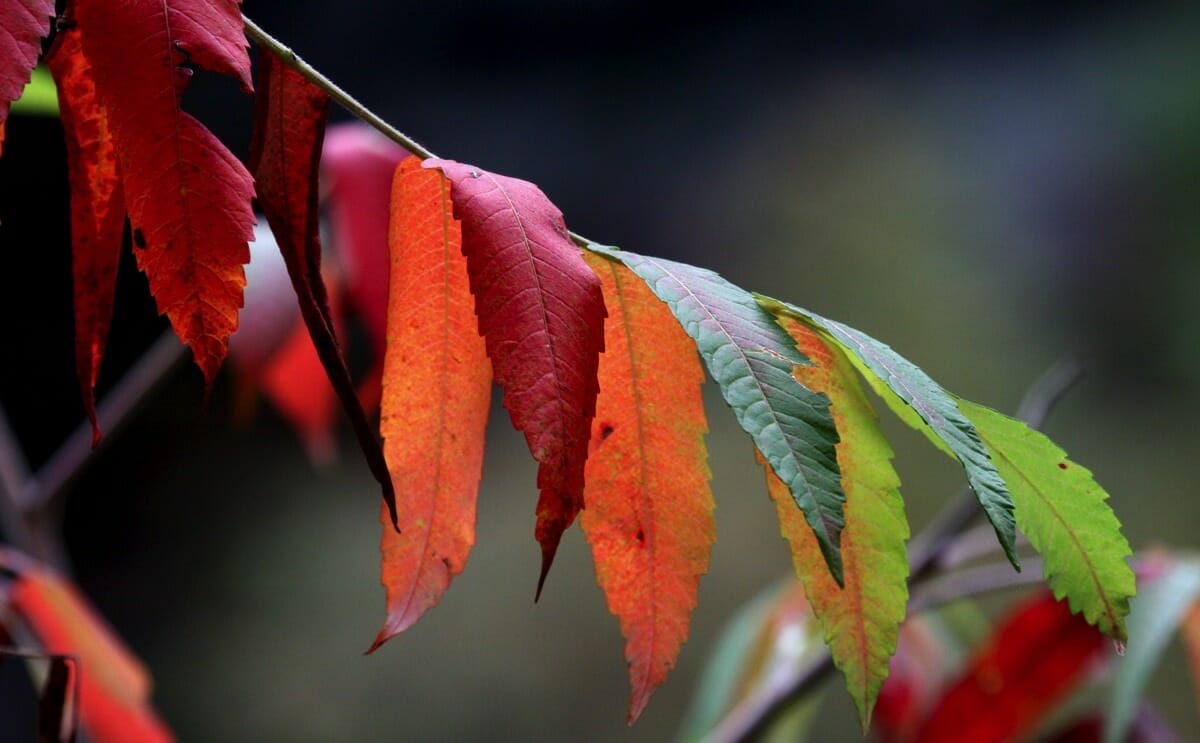 Researchers at Princeton University recently took a deep dive into the lovely autumnal colors of the Northeast and Midwest with an eye on climate change. They found that as the planet heats up, fall foliage will respond in messy, unpredictable ways – and that as a whole, leaves will begin changing color later and the period in which bright orange, red and yellow leaves stay on trees will last longer. But even though tourists in Vermont may celebrate, it’s important to note that the researchers’ findings indicate changes that could extend beyond fall photo ops. Trees, as it turns out, are the canary in the coal mine.

Trees change the colors of their leaves for the same reason – death, in response to lower temperatures and fewer hours of daylight – but not at the same rate or at the same time. The major reason for that, say the researchers, is pretty simple: some trees, like birch trees, require lots and lots of sunlight, so are more sensitive to fewer daylight hours and lower temperatures. Other trees, like beech trees, do fine in the shade, where heat and light isn’t such an immediate concern.

To combat that, the team looked at 20 varieties of tree, ranging from species that need full-sun to partial shade to full shade. Their research came both from the USA National Phenology Network, a largely crowd-sourced effort to document climate change’s effects, and from their own direct observations in Harvard Forest, in Petersham, MA. Their findings were as complex as the changing of the seasons itself, but in general, leaves will change later in the year.

Tourists in Vermont might celebrate, but take heed. Trees, as it turns out, are the canary in the coal mine.

By the end of the century, “Massachusetts’ foliage season will likely occur in November instead of October as it does now,” says David Medvigy, one of the authors on the study. But it gets more complicated; trees in warmer parts of the world turn out to be more delicate and sensitive than those in colder parts. The team studied Alaska in depth as well as Massachusetts, and found that trees in Alaska will respond much less to the same changes – it should stay put as Massachusetts’s season moves several weeks later in the year.

This isn’t a frivolous exercise. The changing of the leaves signifies the beginning of fall and, pertinent for our interests, the end of the harvest season. It’s a bright signal that tells us how plants and animals respond to the seasons: perhaps crops will go to seed later, or animals will begin harvesting food for the winter later. The trees are likely just the beginning.

Popular
The Rise of At-Home Hydroponic GardensBridget Shirvell
How to (Actually) Get Rid of Fruit FliesEmily Baron Cadloff
7 Smokable Plants You Can Grow That Aren’t MarijuanaBrian Barth
5 Rare Plants That Are Surprisingly Easy to Care ForEmily Baron Cadloff
Debunking the Geep: How Many Sheep-Goat Hybrids Are Real?Jesse Hirsch
Explore Modern Farmer
Related
Plants
One Way to Grow Despite Drought? It’s in the RootsDan Nosowitz
Plants
The Rise of At-Home Hydroponic GardensBridget Shirvell
Plants
Wild Relatives of Important Food Crops Are Facing ExtinctionShelby Vittek
Plants
Monstera Mania: Why the Rare Houseplant Craze Isn’t Going AwayEmily Baron Cadloff
wpDiscuz
We use cookies on our website to give you the most relevant experience by remembering your preferences and repeat visits. By clicking “Accept”, you consent to the use of ALL the cookies.
Cookie settings ACCEPT
Privacy & Cookies Policy