Think seasons only matter for fruits and vegetables? Think again. They don't call them ’spring chickens' for nothing. 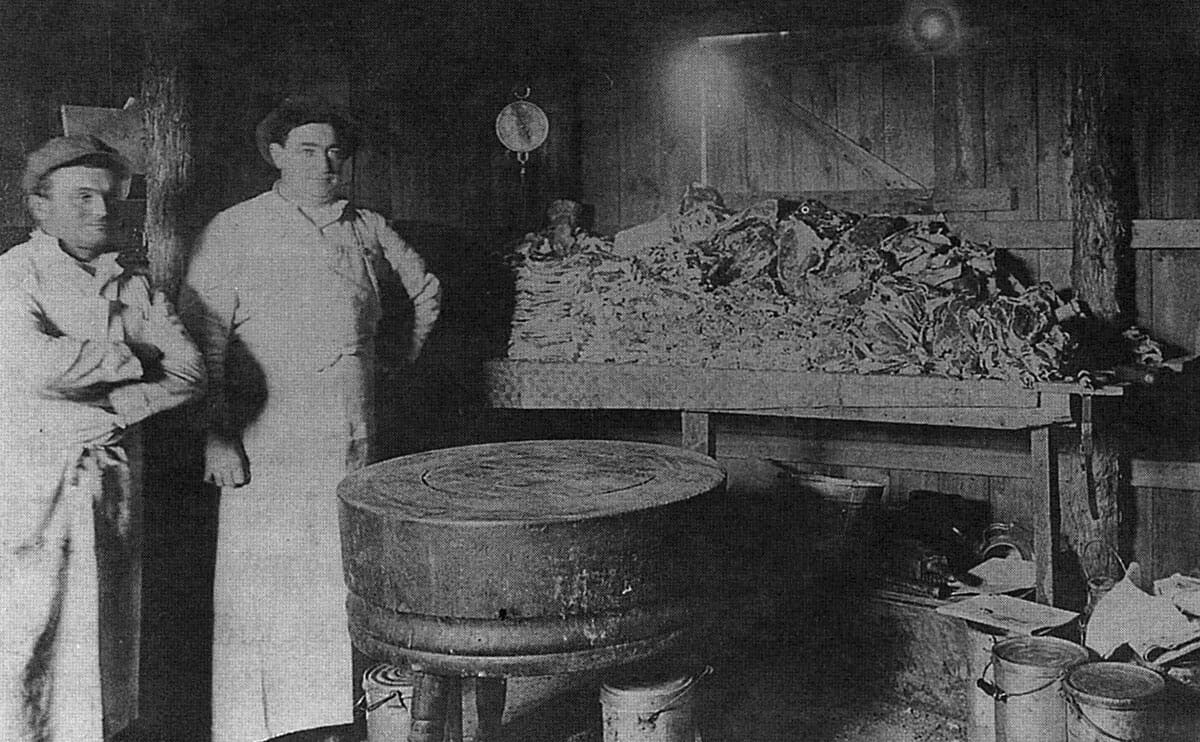 It’s the same with meat. Centralized meat processing and refrigerated supply chains allow this equally unnatural lack of seasonality for beef, pork and chicken, too.

What few of us know is that beef season was once in the summertime, pork in the fall and winter, and they didn’t call them “spring chickens” for nothing.

Now might be a good time to return to that system. More and more, supply chains that rely on a steady stream of diesel and electricity are interrupted by extreme weather, droughts and energy crises of various kinds. Today’s smart survivalists are inching closer and closer to their food sources.

Matt Hamilton runs the Local Yocal market in McKinney, Texas. He’s not an alarmist, but he does support the idea of a more localized food economy. “If you build a wall around the Dallas-Fort Worth area and don’t let any food come in, the stores here will be empty in two or three days and home pantries will be emptied in three days. I’m talking everything down to the marshmallows. Gone.” All of the items in his store are mostly from within a 100-mile radius.

One of Local Yocal’s beef suppliers is rancher David Munson who raises grass-fed beef on the 4M Ranch in North Texas. He, too, has worries about our current system of food supply, noting that Americans are “poorly positioned” in case of emergency.

What can the average consumer do to become less dependent, voluntary or otherwise, on the infrastructure of commodity agriculture? Here is a modest proposal: Make meat seasonal again. 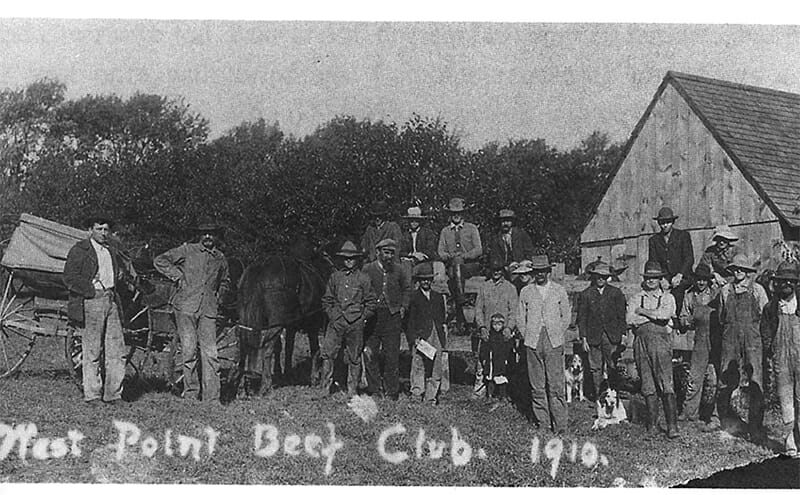 This photo, from 1910, shows men of the West Point Beef Club in Iowa

The model from the early-20th century isn’t that far-fetched. Pigs were slaughtered throughout the fall, then all the remaining mature hogs were killed in the winter. “Hog killing time” meant the community coming together to process all parts of the pig for preservation. In the smokehouse, bellies became bacon, hind-quarters transformed into cured hams, and all manner of parts became smoked sausage. This was the stuff that got you through winter into the spring when the chickens were finally big enough for a family dinner. But what about beef? How could it be possible for you to enjoy that steak or smoked brisket year round? The answer in rural communities was to form a beef club.

Think of beef clubs as a CSA for steak. They existed before refrigeration, so a family couldn’t store their excess beef in the freezer as they do today. Every week during the summer, a family would donate a steer to the cause. It was slaughtered and divided evenly amongst the members. If there were 16 families, then you’d have fresh beef for 16 weeks – the entire summer.

We’re in the midst of a rediscovery of the seasonality of fruits and vegetables. Peaches and tomatoes always taste best in August. We wait for juicy honeycrisp apples in the fall. Meat, too, can be seasonal once again. With just a few grazeable acres, a beef club isn’t out of reach.

Now all you need is a good butcher.