As climate change raises temperatures worldwide, Scotland may be well-positioned to become a wine center. 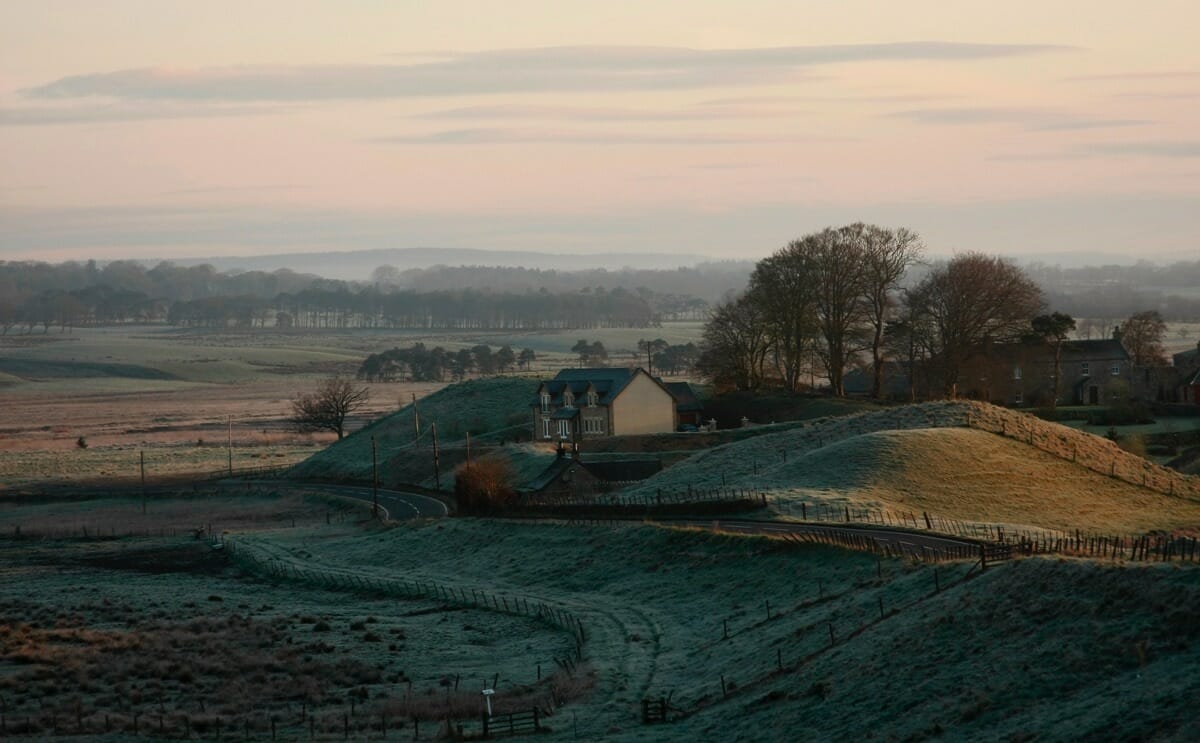 As Scotland prepares to vote on its political future as a possible independent state — over the objections of the English — it’s worth looking into the country’s agricultural capabilities. A country that can supply its own food is a country with a major leg up on surviving on its own, but Scotland’s climate and soil quality hasn’t made it a center of agriculture. At least, not yet.

Currently, about 73 percent of Scotland’s land is used for agriculture, mostly for grazing, and only about 10 percent of that land is used for crops. It isn’t an especially hospitable place to grow produce; harsh winters, heavy rainfall, thick fog, rocky hills, and the predominance of peat bogs (a sort of wetland made up mostly of dead plant material) have given Scotland a harsh natural beauty that doesn’t translate into lush fields of crops. Most of the nation is even treeless.

That’s led Scotland to become famous for its Scotch whisky, in which grains like barley and wheat are smoked over fires made from the dried peat that covers the Scottish countryside. It’s a perfect example of making magic with what you’ve got, even when what you’ve got is prehistoric rotting swamp plants.

Scotland’s previously chilly and inhospitable land may become something else entirely.

But as climate change continues to heat the planet, Scotland, unlike many other countries, are perhaps looking at the future of its climate with a bit of optimism. Other wine-producing regions, from California to Australia to Bordeaux, are getting a bit panicky. Wine grapes are notoriously finicky, and a mere one degree change in temperature can completely alter or even annihilate an entire harvest. Higher temperatures generally have a negative affect on wine, according to many studies. A higher temperature reduces the presence of chemical compounds that give wine color, flavor, bitterness, and astringency, as well as those delightful anti-oxidant properties we love to cite while drinking. That means that wine-growing regions which are perfect right now may become less and less ideal as the temperature rises.

But in Scotland, wine grapes are just becoming a possibility. Christopher Trotter, a high-end chef from Aberdeen, planted 100 vines near St. Andrews, all of hardier, early-ripening varietals. That’s a small crop; Trotter may not get much more than a dozen bottles of wine from his first harvest. But as the temperature continues to rise, Scotland’s previously chilly and inhospitable land may become something else entirely. A farmer friend, according to the Independent, told Trotter that “Fife would ‘have the climate of the Loire Valley’ within 20 years.” Trotter’s vineyard is well-situated to take advantage of warmer, drier summers, he says: lots of sunlight, enough drainage, and an ideal elevation for the delicate grapes.

Wine may never entirely supplant whisky in Scotland, but during the increasingly balmy decades to come, it could give the peaty spirit a run for its money. Should the thirsty nation vote for independence, at least it will have options.