From Poison to Passion: The Secret History of the Tomato - Modern Farmer
Plants

From Poison to Passion: The Secret History of the Tomato

Before tomatoes became America's sweetheart, they were seen as watery, tough and possibly poisonous. 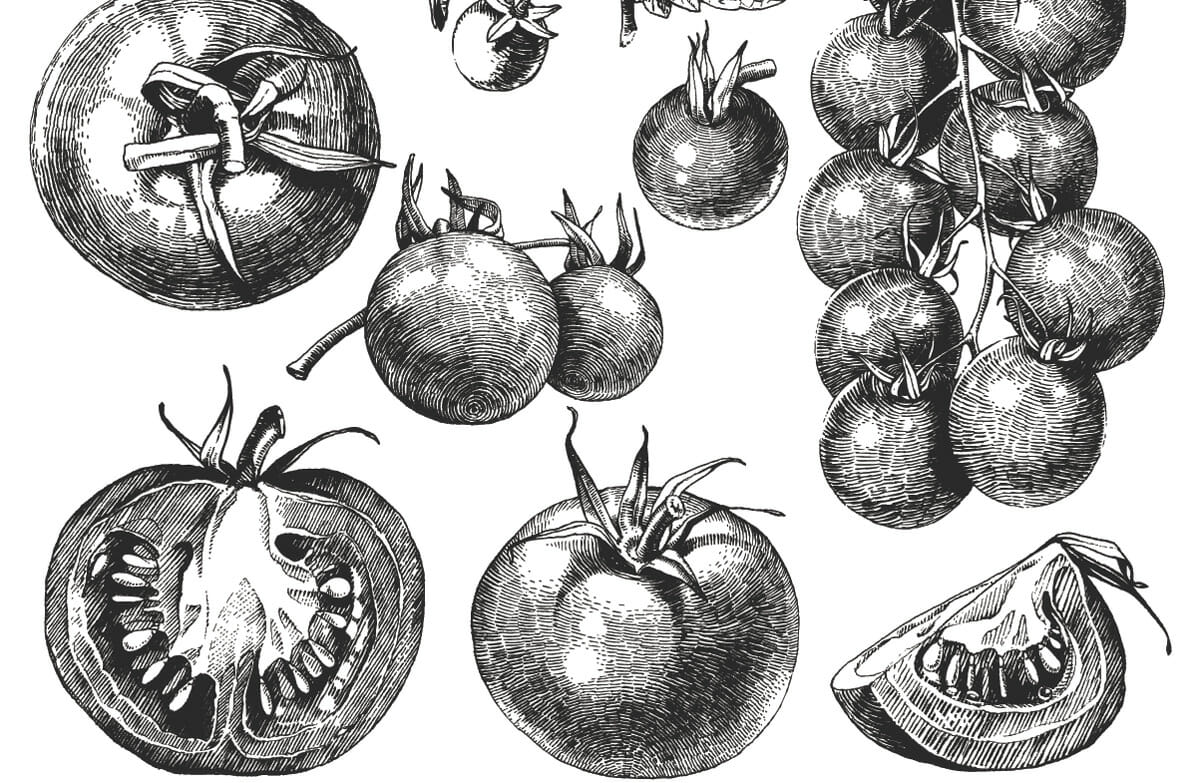 While grown and used throughout pre-Civil War America, tomatoes weren’t widely embraced. Tomatoes – Lycopersicon esculentum – are in the Solanaceae family, which includes deadly nightshades and other poisonous plants; part of the tomato taboo was guilt by association. To this day, the intensely perfumed leaves and stem of the tomato are commonly thought to be toxic (they’re not.)

You may have heard that tomatoes were considered poisonous by all but a few Americans until the mid-1800s. Tomato historian Andrew W. Smith set out to clarify this matter in his exhaustively researched book The Tomato in America: Early History, Culture, and Cookery. In it, he reveals that while pockets of colonial Americans did enthusiastically grow and eat tomatoes, commonplace use was slow in coming, with no one defined point of introduction.

British colonists arrived in America before the tomato gained common usage in their homeland, and John Gerard’s widely-read herbal, published in England in 1597, dismissed them as poisonous and “of ranke and stinking savour.” This view held ground in Britain for over two centuries. Colonists from continental Europe had long used tomatoes for culinary applications and continued doing so in their New World settlements, especially in more urban cities along the Atlantic coast and the Mississippi River. But in isolated rural areas, settlers greeted the unfamiliar tomato with fear and skepticism. In other words, Acadians of Louisiana were not sharing tomato recipes with New Englanders in Taste of Home magazine or on Pinterest. Tomatoes were a fringe garden plant, grown mainly in the south.

His mother told him they were poison: “Even the hogs will not eat them.”

Wrote Working Farmer editor James Mapes, of Newark, New Jersey, the tomato was “long grown in our gardens as an ornamental plant, under the name of Love Apple, before being used at all as a culinary vegetable. About 1827 or ’28, we occasionally heard of its being eaten in French or Spanish families, but seldom if ever by others.”

The Civil War was a tomato game-changer. Canneries boomed, filling contracts to feed the Union army. Tomatoes, which grew quickly and held up well during the canning process, rose to the occasion. After the war, demand for canned products grew, with more tomatoes being canned than any other vegetable. And this meant more farmers needed to grow them.

Cherry, pear, and egg-shaped tomatoes were common at the time, but larger tomatoes tended to be lumpy and ridged. Enter Alexander Livingston. Livingston, who had a serious green thumb from an early age, began a seed company in 1850. The first tomatoes he ever encountered grew wild, he wrote in Livingston and the Tomato, and his mother told him they were poison: “Even the hogs will not eat them.” But the colorful, misshapen fruits enchanted Livingston.

“There was not in the United States at the time an acre of tomatoes from which a bushel of uniformly smooth tomatoes could be gathered,” Livingston said of the tomato scene in the 1860s. Livingston introduced his initial groundbreaking hybrid tomato, the Paragon, in 1870. He called it “the first perfectly and uniformly smooth tomato ever introduced to the American Public.” Before Livingston, breeders would plant the seeds of promising-looking individual fruits. Livingston took the entire plant into account and grew out hundreds of seeds from plants he deemed had potential.

The release of the Paragon, claimed Livingston, caused tomato production to “increase phenomenally, and rival the potato as a crop to grow… With these, tomato culture began at once to be one of the great enterprises of the country.” (It’s possible that Livingston was not given to understatement or modesty.)

The twenty-odd varieties of Livingston’s tomatoes still available in seed form today are considered heirlooms. For non-gardening or farming consumers yearning to forge an emotional connection with the produce they buy, the term “heirloom” can conjure up images of pristine plants springing fully formed from a pastoral field. Despite the cuddly name, heirloom plants are the result of applied scientific method. And despite our love of the gorgeous red orbs, it’s interesting to consider why Livingston felt we needed perfectly round tomatoes in the first place. This quest endures in our own times, as the desire to produce an intersection of high yield, year-round availability, long shelf life, eye appeal, and something remotely resembling flavor – one tomato to rule them all – has accelerated into a tomato-breeding arms race.

Today, Livingston is a footnote in history. There’s still a Livingston Seed Company, and Reynoldsburg holds an annual Tomato Festival, honoring the city as the “birthplace of the commercial tomato.” There are bouncy inflatable houses and a Tomato Queen, but not much emphasis on the man who helped make the tomato the big, juicy icon it is today. Gone, too – although happily – is the concern of its poisonous past, put to rest by the millions of people who eagerly await their return every year.

I read a history of the tomato in which a late-Colonial American person of note (whose name I have forgotten) dined, I *think,* at Monticello. The tomato was served, and this guest’s response was unequivocal: “…that sour trash!”
I can’t find the quote on line anywhere now, but that and the near-universal preservation of tomatoes in the form of what was then referred to as “ketchup” (tomatoes, quite a lot of vinegar, sugar or molasses, possibly spices) are the two things that stand out.
Thanks!