Does It Matter If Tomatoes Are Ugly? - Modern Farmer
Animals, Food & Drink, Plants

Does It Matter If Tomatoes Are Ugly?

The UglyRipe tomato is tasty -- but the Florida Tomato Committee says it may be too ugly to sell. 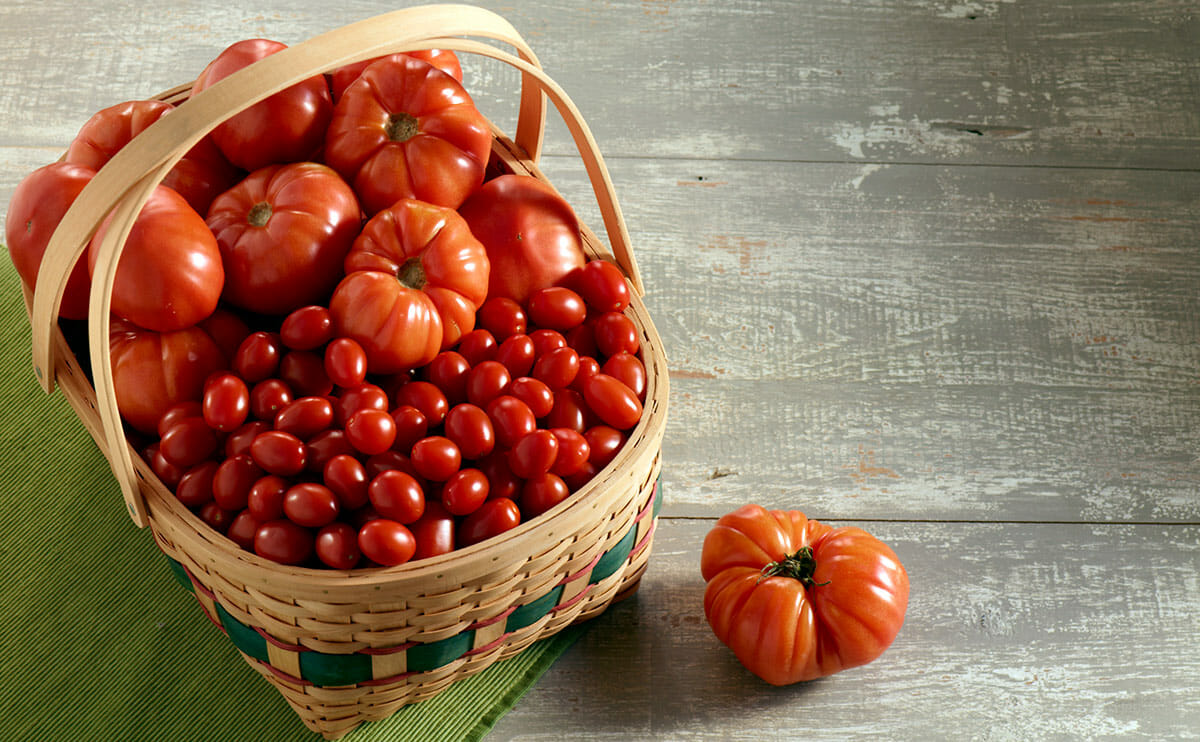 “Basically my position is I’m the SOB,” he says, pausing on his laugh line, “The son-of-boss.” Procacci’s father, Joe, co-founded the company in 1948 and it is now one of the country’s largest growers, packers, and wholesalers of fresh tomatoes.

There’s plenty that makes Procacci Brothers a conventional industrial farm operation – numerous aspects of the business, not all of them pretty, are mentioned in Barry Estabrook’s 2012 book “Tomatoland: How Modern Industrial Agriculture Destroyed Our Most Alluring Fruit.” But there’s at least one thing that could qualify the company as a renegade among conformist competitors: In a world of tasteless, mass-produced winter tomatoes, Procacci Brothers produces a tomato that is bred first and foremost for flavor. They call it the UglyRipe.

Tomatoes are not only a beloved food, they are an important beautifier of foods to which they may add little in the way of flavor dimension. Tomatoes almost always appear sliced in burgers and sandwiches (and their associated marketing photos), cubed atop tacos, and cut into thick wedges for salads. They are the accent color on otherwise monochromatic meals and therefore we’ve come to have as much of an aesthetic relationship with them as a culinary one.

When it comes to food, looks matter as much, in some cases more, than taste.

In Florida, where Procacci Brothers and many other growers cultivate most of the tomatoes we see at national grocery chains during the winter, farmers’ product must meet a strict set of standards. Tomatoes must be between 2.28 and 2.78 inches in diameter; they must be firm enough to evade bruising; they must be picked green – with not a hint of blush – so they won’t ripen before sale. And they must have a smooth, uniform silhouette. “Florida growers like their fruits to have defined shoulders and slightly flattened bottoms,” explains Estabrook, as through describing criteria for a romantic partner. What the standards don’t mention is flavor.

But consumers are prone to sensory illusion, which gives producers the opportunity to skimp on taste provided they satisfy visual cues. Science, for better or worse, provides some foundation for this practice. In his book “Neurogastronomy,” Gordon Shepherd, a neuroscientist at Yale, explains that our perception of flavor actually results from a mental image which we fabricate in our brains, by combining what’s happening in our mouths, noses, eyes, and ears as we eat. “A consensus is emerging that simultaneous activation by a food of a common set of [brain] regions…constitutes the distributed representation in our minds of a flavor object,” says Shepherd. In other words: It’s all in your head. If it looks like a perfect tomato, and smells like a perfect tomato, it must be a perfect tomato!

And yet, we all know it’s not, which is why Procacci Brothers decided to create the UglyRipe, an “heirloom-style” tomato that defies the shape, size, color, and firmness criteria for Florida’s winter crop. According to Procacci, it tastes like everyone’s paragon of flavor: the backyard tomato. “Basically we wanted to compete against hot house tomatoes,” explains Procacci, adding, “Which are tasteless, by the way!” As far as the interior architecture of a tomato goes, he says, if you slice it down the middle and its seed compartments resemble a wagon wheel, you aren’t looking at a promising specimen. “It’s got to have all kinds of latticework! It should look like a paisley tie!”

But we don’t cut tomatoes before we buy them. We shop with our eyes. It requires some conditioning to teach a consumer to expect the best flavor to come from the least attractive package. And it required more than that to convince the federally-appointed Florida Tomato Committee (FTC) that the UglyRipe should be permitted on the market. (Tomatoes are by far not the only fruit to endure such regulation; many committees and commercial associations for farming – like the Washington State Apple Commission – include aesthetic recommendations.) Inspectors couldn’t resolve the grooves, cracks, rough skin and uneven color with their aesthetic checklist. The FTC – and even then-governor Jeb Bush – worried that the state’s brand image would be tarnished if it released its beauty pageant losers in the nation’s grocery stores. Just as the UglyRipe was gaining momentum in the marketplace, the FTC forced Procacci Brothers to cease sales, arguing they could not be exempt from the standards to which all other growers had to abide.

“It just sounds so fascist,” says Jessica Rath, a Los Angeles-based artist whose recent work has examined how commercial fruit breeding is driven by form and color. Rath’s comment calls to mind Susan Sontag’s 1975 essay, “Fascinating Fascism,” in which she describes the cult of beauty as a symptom of National Socialism. “The fact that aesthetics has that much power,” Rath elaborates, “and that the look of the state is dependent on things like roundness and symmetry, I mean, then it begins to sound almost Nazi.”

Her first foray into agriculture as part of her art practice was with her project Take Me To The Apple Breeder, which was inspired by Michael Pollan’s “Botany of Desire.” In tomatoes, Rath has found not only a target of political force, but also a potent metaphor for the female body. Her new series of paintings traces the history of the tomato’s introduction into different cultures, and juxtaposes the language that was being used at the time to describe women – particularly social pariahs. “We use the color red as a kind of siren to call attention to a voluptuous body or a body that’s for sale,” Rath says. If the “high crimson” (a breeding term) of the mass-market tomato is the key to seducing consumers, the heirloom’s less cosmetically amplified hue might suggest a different character.

Which is why, perhaps, J.M. Procacci sums up the UglyRipe’s typical consumer as “the pretty housewife who doesn’t wear makeup.” She needs neither crimson tomatoes nor crimson lips. In fact, she may shun convention so much as to grow her own tomatoes. But Procacci Brothers is prepared for her to turn away. This year, the company is selling UglyRipe plants to the aspiring home gardener, so she can grow a backyard tomato that tastes freshly picked from the produce aisle.