They Look Like Apples, Taste Delicious, and Will Kill You - Modern Farmer
Animals, Food & Drink, Plants

They Look Like Apples, Taste Delicious, and Will Kill You

This tree's delicious fruit can cause internal bleeding... or death. 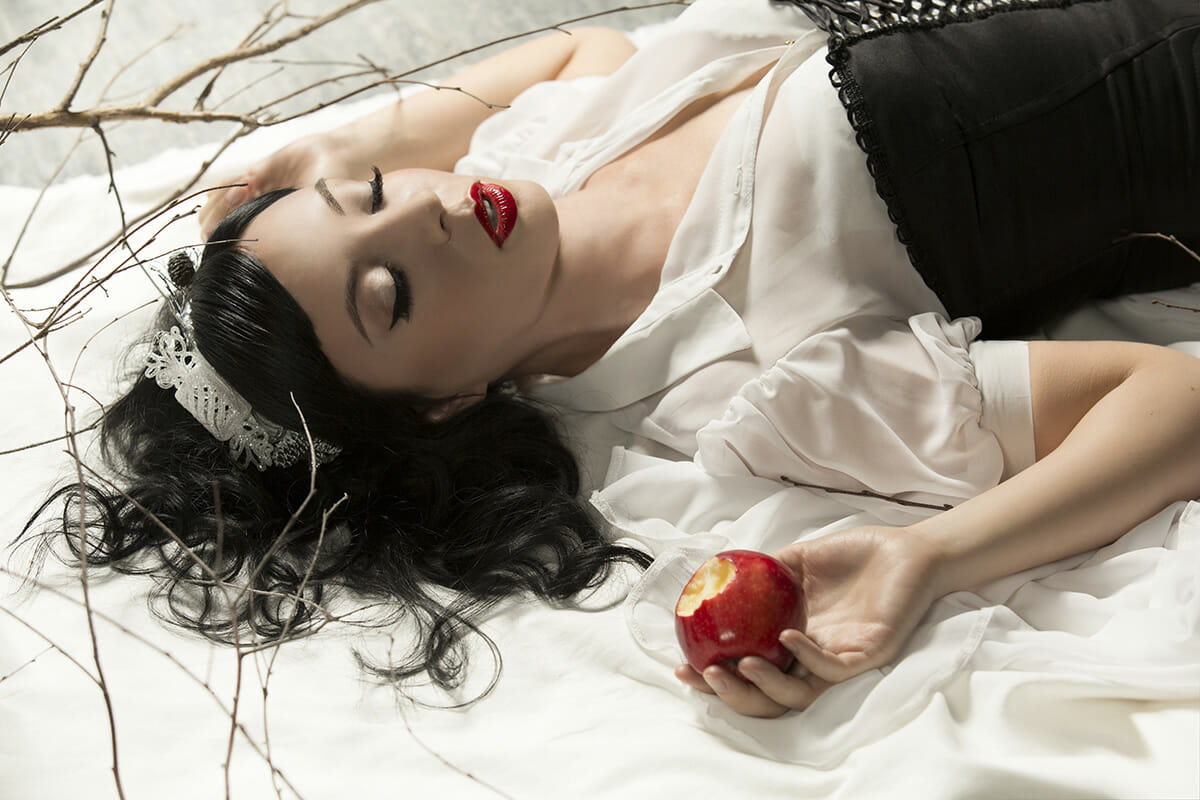 The poison’s most obvious source is its green fruit, which looks deceptively like a crabapple but can be fatal if ingested by humans. People who have come across manchineel fruit on the beach and taken a bite describe a swelling, burning sensation in the mouth, throat, and chest, making it difficult to breathe — and sometimes leading to internal bleeding.

These ill effects got the tree its nickname: manzanilla de la muerte, or the “little apple of death,” from Spanish conquistadors who first encountered it in the West Indies. Diego Alvarez Chanca, physician to Christopher Columbus on his 1493 voyage, likely was talking about the tree in his account of the journey: “There were wild fruits of various kinds, some of which our men, not very prudently, tasted; and on only touching them with their tongues, their mouths and cheeks became swollen, and they suffered such a great heat and pain that they seemed by their actions as if they were crazy… ” 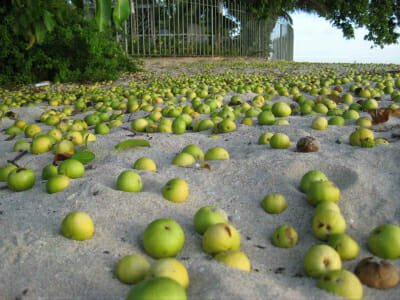 But the tree’s power to harm humans extends further than its fruit. The manchineel produces a milky toxic sap that can cause skin to blister and peel upon contact ”“ even if you’re just standing under the tree in a rainstorm or downwind from a burning pile of its wood. If the sap gets in your eyes, it can cause temporary or permanent blindness. The region’s native Carib Indians used this sap to poison their arrows; it’s rumored that one of these manchineel-tipped arrows killed explorer Juan Ponce de Leon.

The question becomes, of course, why a plant would evolve to be so poisonous, when most others in the plant kingdom purposely produce tempting, nourishing fruit to ensure the spread of their seeds around the world. The manchineel’s beachside location may have something to do with it ”“ the tree can rely on the tide to disseminate its seed instead of plants and animals. Poison may also be a survival mechanism, like capsaicin in hot peppers, which can be toxic to mammals but doesn’t affect birds. Land crabs are the only animals known to be impervious to the tree.

That’s not to say the manchineel is good for nothing. Its hard wood makes beautiful furniture and cabinetry for those brave enough to don protective gear and render the sap out of the tree. On beaches the tree provides windbreaks and prevents erosion, which is a reason many beachside communities leave them in place but mark them with danger signs or red bands on the trunks. But the lesson in the manchineel is the same as it was in the Old Testament: If you come across a strange apple, don’t take a bite.

Ed. note: An earlier version of this post said the manchineel fruit was reddish-yellow. This is sometimes the case, but the fruit is more often green.

That is crazy! You know what, I think I ate one of those before. I was walking in the shore on the beach and there was an apple tree. I took one bite of this apple and I instantly started to swell up. I called the hospital and they didint know what the matter was, they asked what I had eaten and I said, “Just an apple.” I went back home the night after that and seince then, the ONLY apples I eat are the ones from the produce isle at the store.