In which a farmer dumps a load of manure onto oncoming traffic. 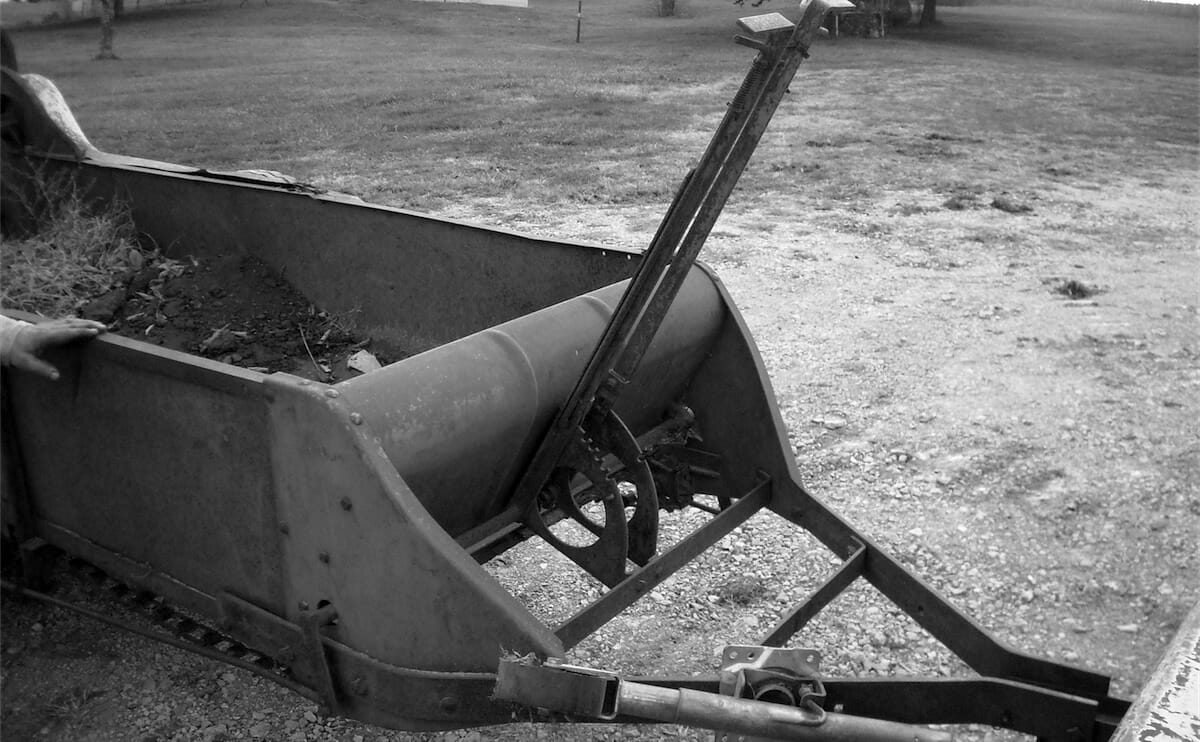 As if we needed more proof never to mess with a man who’s hauling a huge container of literal feces, a sheriff’s department in upstate New York announced that they have arrested a man for dumping a load of manure onto an oncoming car.

The story, as we understand it, is thus: one Kerry Lee Stowell, resident of St. Johnsville, New York, a town in Montgomery County near Utica, was driving a tractor on New York State Route 5, hauling a manure spreader. So far: no crime. A vehicle of unknown variety approached, coming from the opposite direction as Stowell. Stowell recognized the driver of this vehicle. We can assume, because of what happened next, that Stowell did not much like the driver of this vehicle. The reason we can make that assumption is because Stowell, upon seeing this driver, triggered his manure spreader to dump a currently unknown, though evidently sizable, amount of manure directly onto the passing vehicle. The driver of this other vehicle, his vision impaired by some significant amount of manure, was able to stop safely, at which point he called the sheriff.

The fine folks at NBC affiliate WNYT went out to the listed residence of Stowell, a dairy farm, where they found a shirtless man who looks exactly like Stowell’s mug shot riding a tractor attached to a manure spreader. There at the farm, the WNYT reporters also found, they say, the wife of the driver of the other vehicle. The man who looks exactly like Stowell and who was also driving a tractor attached to a manure spreader denied that he was Stowell and said he did not know where to find Stowell. Then he drove the tractor into a field away from the reporters.

“It is alleged that he did it intentionally,” Peter Vroman of the sheriff’s department told WNYT. “I believe the victim and the operator of the tractor had known each other.”

We will update this post as new information comes to light, and will continue to report every time a farmer dumps a load of manure onto oncoming traffic.

(Pictured: a manure spreader not involved in this event, merely for illustration. Photo taken by Marion Doss)

Popular
7 Smokable Plants You Can Grow That Aren’t MarijuanaBrian Barth
How to (Actually) Get Rid of Fruit FliesEmily Baron Cadloff
What to Do With an Abundance of PeppersShelby Vittek
Yes, the Government Really Does Stash Billions of Pounds of Cheese in...Emily Baron Cadloff
6 Differences Between Llamas and AlpacasAndrew Amelinckx
Explore Modern Farmer
Related
Food & Drink
‘Tis the Season For GleaningCrystal Sands
Plants
This Seed Detective Travels the World Tracking Down Lost CropsEmily Baron Cadloff
Books, Cookbooks
In Her New Book, Molly Yeh Goes Back to BasicsEmily Baron Cadloff
Food & Drink, Plants
In Awe of the PawpawDanny Childs
wpDiscuz
We use cookies on our website to give you the most relevant experience by remembering your preferences and repeat visits. By clicking “Accept”, you consent to the use of ALL the cookies.
Cookie settings ACCEPT
Privacy & Cookies Policy