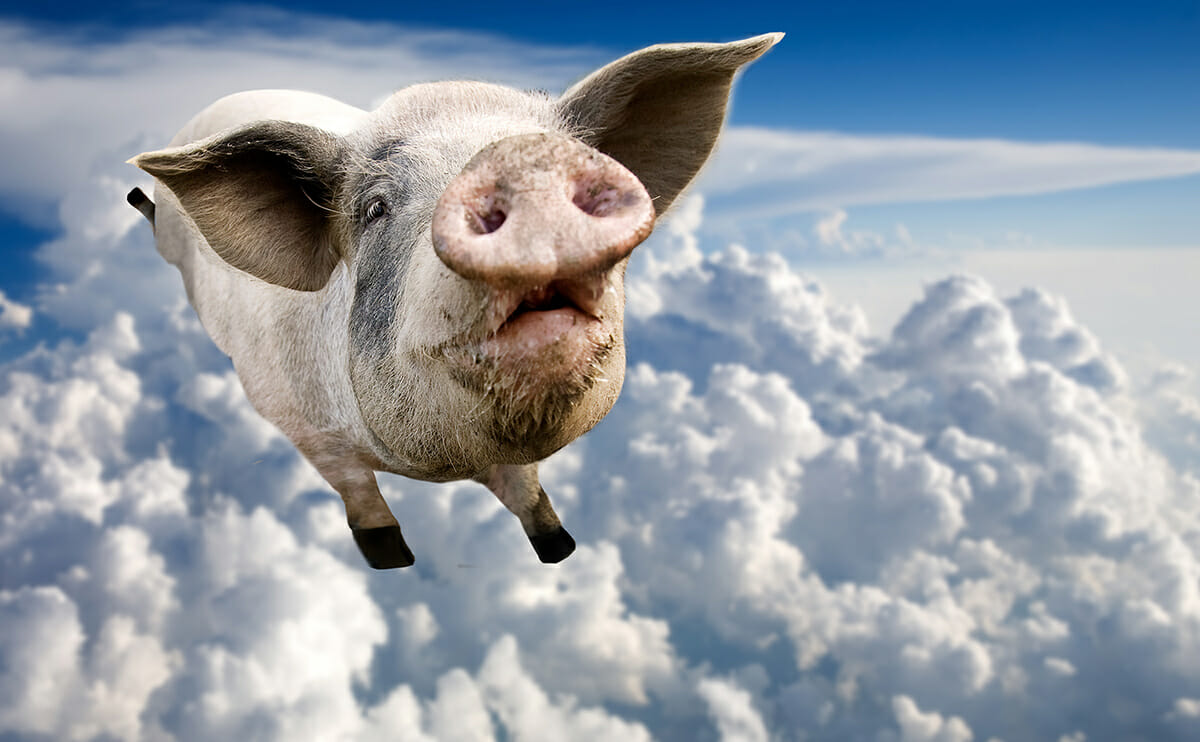 A farmer in Weinan, part of the Shaanxi province of China, recently devised a counteroffensive against porcine Houdinis who manage to escape transport before reaching market: a zipline.

Sying P’an told Metro.co.uk he was fed up with chasing down the slippery charges when transferring pigs from truck to trailer during drop-off.

“At every market a few escape artists would always cause me trouble, and often I would never get them back,” he lamented. So P’an devised a homemade rope and pulley system based — very roughly — on the nautical boatswain’s chair. In its proper usage, the contraption lets sailors whoosh between boats on a sitting sling. With P’an’s version, the sling portion has gone away in favor of an unsettling harness slung beneath the pig’s front flanks. Once suspended and dangling, these not-so-little piggies — we’re talking 200-plus pounds of pendulous pork here — are released to barnstorm their awaiting buyers. 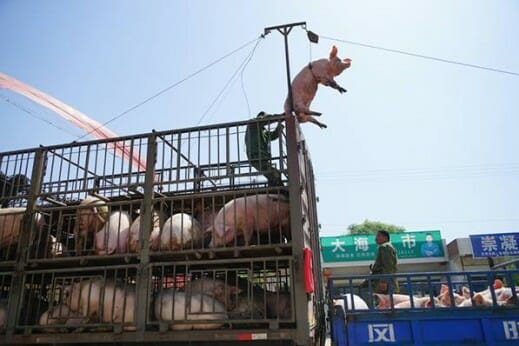 The DIY rope-slide is a huge hit with locals. “‘I get a lot of people coming to the town when I am there just to see the pigs sailing through the air,” says P’an.

As for whether those inevitable squeals are from pleasure or fear? A social media exchange sprung up on Weibo, China’s Facebook and Twitter equivalent, debating whether this was the second coming of China’s “pork miracle” or a blatant form of abuse. One user quipped: “Mind you, if it was me I’d probably pay to have a go on it.”

P’an, for one, feels confident his four-legged charges are (temporarily) none the worse for wear.

“They’re all healthy and they land in good condition,” says the farmer. “They don’t seem to mind the journey when they see the other pigs are not harmed. Pigs are smart animals.”

Popular
The Rise of At-Home Hydroponic GardensBridget Shirvell
How to (Actually) Get Rid of Fruit FliesEmily Baron Cadloff
7 Smokable Plants You Can Grow That Aren’t MarijuanaBrian Barth
5 Rare Plants That Are Surprisingly Easy to Care ForEmily Baron Cadloff
Five Differences Between Rabbits and HaresAndrew Amelinckx
Explore Modern Farmer
Related
Animals
How Can Farmers Coexist With Wolves?Dan Nosowitz
Plants
One Way to Grow Despite Drought? It’s in the RootsDan Nosowitz
MTMF
Cultivating Resilience: Growing Olives in PalestineEmily Baron Cadloff
Immigration, Labor
Farmers Across the Midwest Struggle to Hire Domestic EmployeesAmanda Perez Pintado
wpDiscuz
We use cookies on our website to give you the most relevant experience by remembering your preferences and repeat visits. By clicking “Accept”, you consent to the use of ALL the cookies.
Cookie settings ACCEPT
Privacy & Cookies Policy