Peach breeders at the University of California, Davis are experimenting with a new way to make fruit farming safer: shrink the size of the trees. 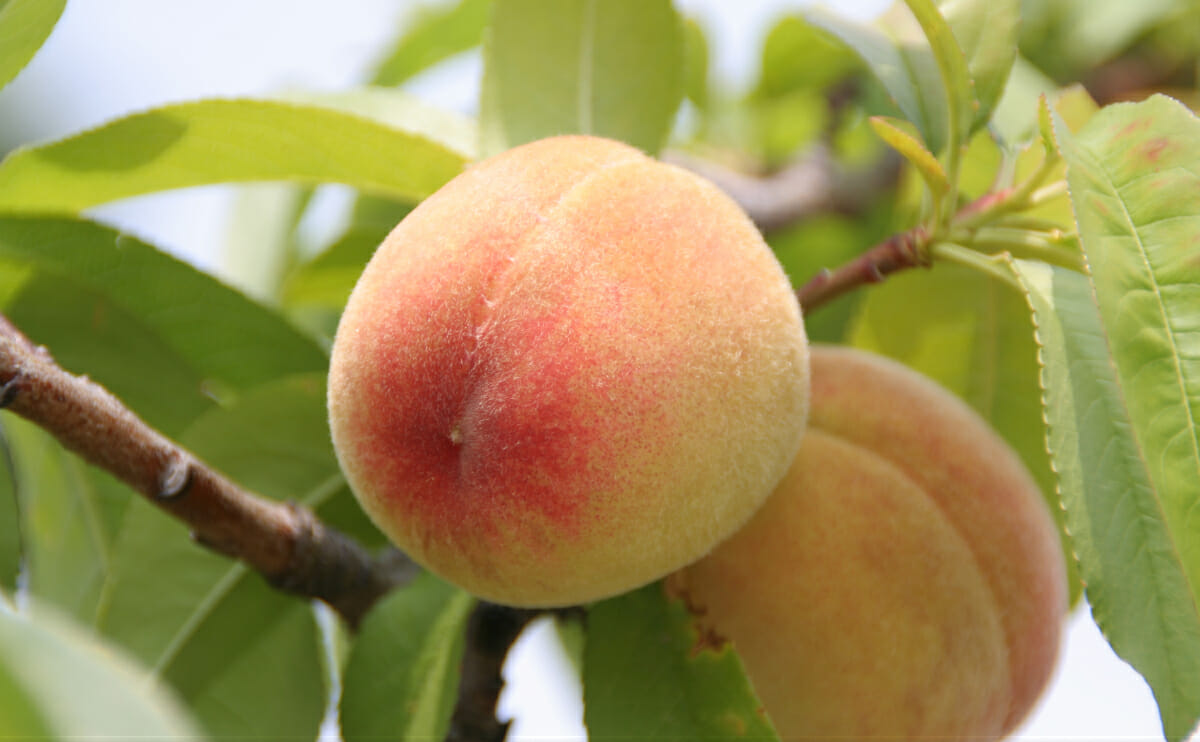 Peach and nectarine trees, grown commercially, reach about 13 feet tall. This, according to farmers consulted by scientists at the University of California, Davis, is a major problem: fully half of the workday is spent moving ladders around to reach the fruits at the top of the tree. This is inefficient! And inefficiency will not stand. The solution, currently being planted, is dwarf fruit trees.

The idea is that by breeding the trees to be shorter, the UC Davis breeders can create a ‘ladderless’ tree.

The idea is that by breeding the trees to be shorter, the UC Davis breeders can create a “ladderless” tree. Ladders, apparently, are a source of much frustration for stone fruit farmers; workers sustain injuries due to falling off ladders often enough to boost worker compensation insurance by 40 percent. And the lost time spent climbing up and down and moving ladders around is even more money lost in the already difficult business of growing and selling fragile fruit.

The new peach and nectarine trees — peaches and nectarines are actually the same species, the only difference being that nectarine trees have a recessive gene that causes a lack of fuzz on the skin of the fruit — will hopefully grow to only around seven or eight feet tall. But will the fruit still be tasty? According to a press release from UC Davis, sure, or, at least, the breeders hope so: “With the right orchard management – which Day and DeJong will test at their plots at the UC Kearney Agricultural Research and Extension Center, near Fresno – the shorter trees could produce just as much high-quality fruit as their lofty kin.”

UC Davis has experimented with dwarf stone fruit trees before; a little searching turns up a study published in California Agriculture in 1979 proposing a similar strategy. Looks like it didn’t catch on then, but it’s a clever idea that could lead to safer conditions at peach and nectarine farms.