Get your farming fix with these fun farm-inspired games. 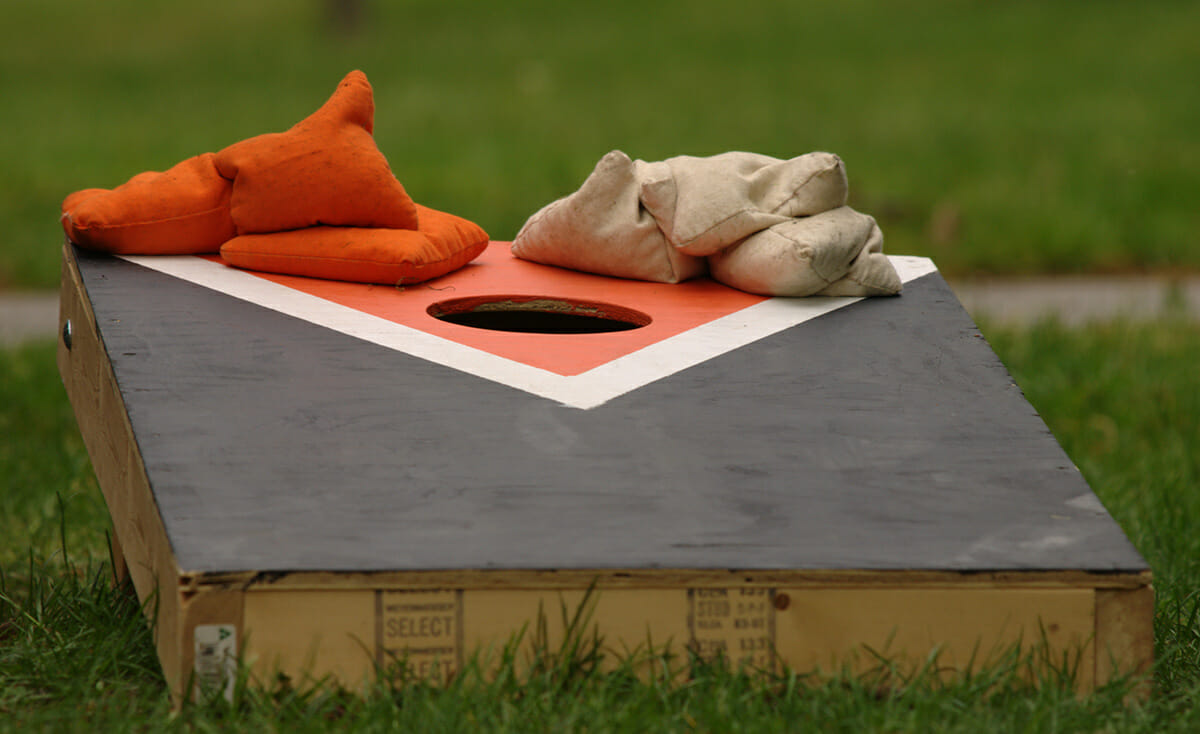 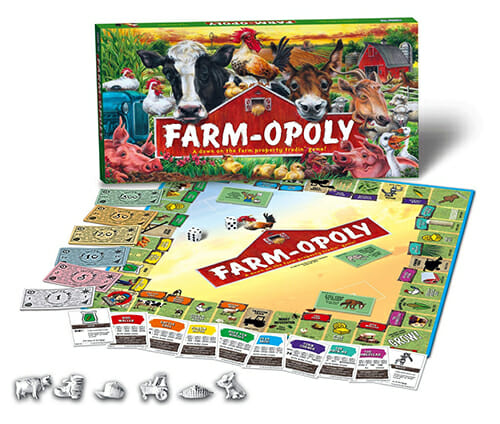 This is a farm-inspired version of the family-classic game “Monopoly,” but with some important differences: pass “grow” and collect $200; Real estate options include Combine Curve, Wooly Way, Donkey Dale and other farmy alliterations, urging you closer towards your agrarian dreams of one day collecting enough red barns and acres of land to build up your own agricultural empire. Like-minded games include John Deere Monopoly and Rodeo-opoly. 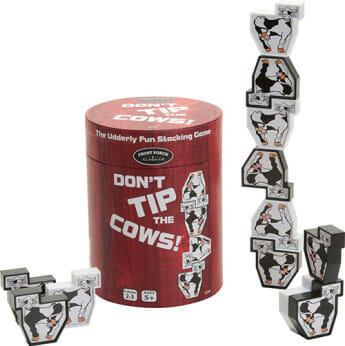 Though at Modern Farmer we know that cow tipping isn’t a real thing, that doesn’t mean we aren’t amused by a bovine take on the don’t-tip-it game Jenga. (And what recreational activity isn’t made better with cows?) The objective is to take turns stacking cartoonish cow figures on top of each other without being the person to tip the stack over. These 18 cow-painted geometric blocks stack right-side up, upside down and backwards, providing endless hours of “udderly fun” challenge for ages 5 and up. 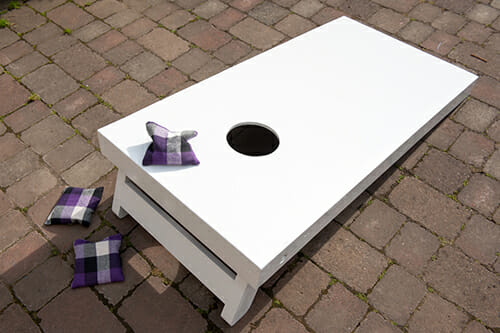 Traditionally a Midwestern game, Cornhole is common at picnics and barbecues across rural America and has quickly made its way to the coasts. The objective? Toss corn-filled burlap sacks into a hole in a board in teams of two or four players. Though serious players likely stick to the guidelines of the American Cornhole Organziation, rules vary regionally. Another awesome thing about cornhole is the growing popularity of making your board yourself. And if you work hard enough at honing your cornhole skills, each year there are over thirty official tournaments open to the American public. 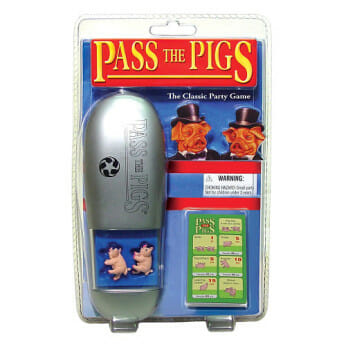 This game is especially handy game for camping or travel. Small, action-figure like pigs stand in for dice. Roll the pigs, and the quantity of points that one receives depends upon the positions in which they land: 20 points for a Double Trotter or a Double Razorback ”“ when both pigs land standing upright or on their backs, respectively; 60 points for the coveted Double Leaning Jowler, a position where both pigs land resting between their snout and their ears. The first player to reach 100 points wins, though be careful not to throw a Piggyback (one pig on top of the other), or you’re eliminated from the game. 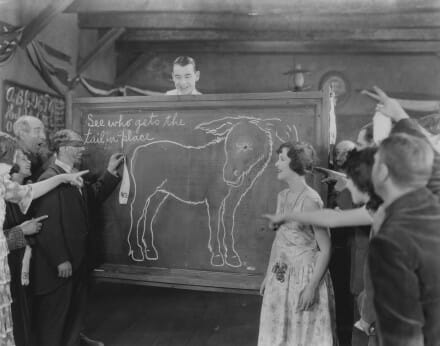 Pin the Tail on the Donkey

This classic party game dating back to the late 1800’s is most often played by children at birthday parties, although adults have seen fit to turn it into a drinking game (furthest from the tail takes a shot). Dizzying and disorienting either way, the game is a bit of livestock comedy: Donkey’s are sometimes born with a nub instead of a tail. The rules are simple: a donkey adhered to a wall is missing its tail. Players are blindfolded, spun around several times and handed a makeshift tail which they attempt to place on the donkey’s body where the tail would rightfully belong. The tail is tacked onto the wall, likely in some silly place such as the donkey’s mane or forearm. Everyone laughs, and the next player takes a crack at it. No peeking!