To Catch an Oyster Thief 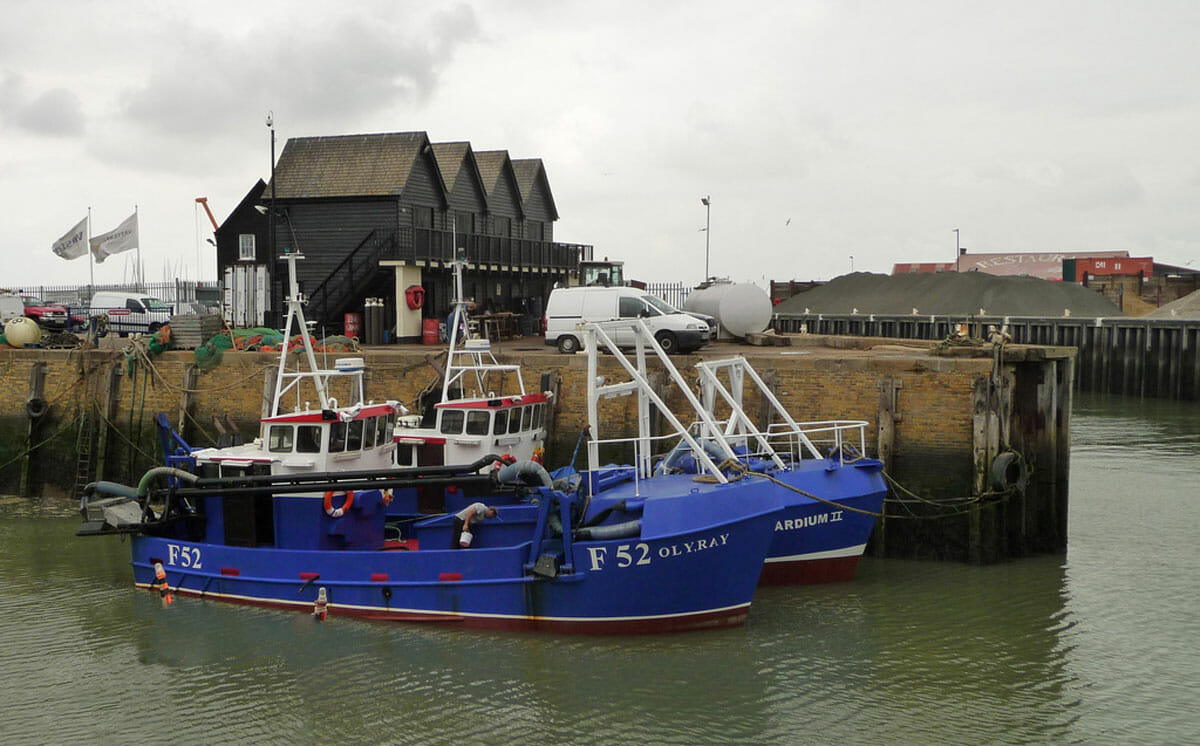 Catlin’s brother Irving accompanied him on the water that morning. The brothers had amassed a thick criminal file over the years, with violations dating back to the 1970s, for pilfering oysters and clams from public-owned waters and government-managed shellfish leases. The Catlins’ motives that November morning weren’t any less nefarious.

As their boat entered the sanctuary, a marine space created to nurse the bay’s oyster population back to life for ecological and economic purposes, the Catlins presence pinged a state-of-the-art radar system monitored by an officer with the Maryland Natural Resources Protection Division. Watching from a laptop screen, the officer saw the Caitlins steer their vessel in circles, movements consistent with how a dredger – a boat-towed scoop – harvests oysters.

The officer sped by boat to the Catlins’ coordinates and caught up to the poachers as they left the sanctuary. The Catlins’ dredger was still in the water, and they’d already hauled seven bushels worth of bivalves into the boat.

In March of this year, the Catlins became the first oyster poachers successfully caught and prosecuted using a radar technology called the Maryland Law Enforcement Information Network (MLEIN) implemented in fall of 2013. They likely won’t be the last.

Oyster consumption is on an upswing, spurred by a booming aquaculture industry, and some see oyster poaching following the trend.

Oyster consumption is on an upswing, spurred by a booming aquaculture industry, and some see oyster poaching following the trend. So, like Maryland, oystering communities everywhere are hunkering down on catching oyster thieves using a variety of methods.

On the Virginia side of the Chesapeake, the state’s recovering oyster population and its farmed oyster businesses are also being threatened by crooked watermen.

“Oyster poaching now borders on an epidemic,” Virginia Marine Resources Commission Commissioner Jack Travelstead said in a 2013 statement on the subject. “We have worked long and hard to rebuild the oyster stocks and we will not see them pillaged by unscrupulous thieves and watermen who are willing to cut corners.”

Some watermen have cried hard times as an excuse for oyster filching. Catlin, interviewed by the Washington Post in 2010, cited tightened state regulations as to how many oysters can be harvested, and where they can be sought, as having pushed honest waterman toward poaching. But even under MLEIN’s watch, the punishment for poachers is lenient. The Catlins were fined about $1,500 in total.

Such tales of hardship have not impressed law enforcement agencies, and the quest to clamp down on shellfish thieves has ramped up worldwide.

In France, following a series of thefts that became international news, officials hit back against poachers by air, land, sea and radar.

The MLEIN system, a one of a kind in the U.S., arrived at the Chesapeake through Department of Homeland Security to help out marine-based first responders. The radar system sets up a virtual “fence” around any designated area. Once a vessel enters the radar-cordoned coordinates, the system alerts a monitoring officer.

In Australia, illegal fishery activity has long been a problem. Well-equipped thieves, likely watermen themselves, have stolen thousands of oysters at a time, nabbing a product that takes four years to produce. Back in 2004, when policing failed to capture nocturnal oyster thieves, one city set up spy cameras to put a face on the pilferers.

After south Australian oyster farmer Alan Burge lost $9000 worth of oysters in 2007 to poachers, he turned to auto industry anti-theft technology. Burge slapped on tiny micro dots, visible only under infrared light, onto his oysters, each one etched with code that identified the bivalves as belonging to Burge.

The oyster has long been at the center of a government versus criminal battle. During the string of wars between England and France in the 1700s, a dark economy sprung up to smuggle goods like tea, tobacco and rum into England, thus avoiding the heavy taxes levied against imports to fund ongoing hostilities, writes Drew Smith in his 2010 book, “Oyster: A World History.” Oystermen on both sides of the English Channel, masters of their coastal fishing grounds, proved essential guides to pirates wishing to sneak cargo past agents of the crown.

“This was not so much a black economy as an alternative,” writes Smith. “Where there was smuggling, there was oysters. The means for one was the means for the other.”

The Chesapeake Bay itself was the site of the decades long Oyster Wars that pitted government against waterman. In the war’s most famous skirmish, William Cameron, governor of Virginia in 1882, himself led a guns-a-blazing aquatic attack on watermen who refused to respect laws enacted to protect the Chesapeake’s oyster wealth.

For many oystering locales, poaching and the fight against it is frustratingly low-tech.

For many oystering locales, poaching and the fight against it is frustratingly low-tech. Anti-poaching laws have been on the books in Connecticut for years, but have done little to stop thieves, one state senator complained to the Hartford Courant. The legislature there spent February debating how to improve enforcement of shellfish thieves, but harsher fines were the only additional deterrent on the table.

Danny Eller is an old-school shellfisherman on the Georgia coast who is still deciding whether or not to invest full-on in oyster farming. The few racks of oysters he’s planted as an experiment have been rifled through by poachers, sailing through Georgia’s estuaries under cover of darkness. In one night he lost a few thousand dollars worth of product. He is now wondering if adopting sustainable aquaculture methods makes sense,. Growing oysters in clearly marked racks, the typical set up for oyster aquaculture, feels like setting a buffet for thieves.Of course, poachers have also been nabbing wild oysters from Eller’s state-mandated shellfish lease.

“You spend your whole life doing this,” says Eller, “You can’t handle someone coming out and taking it.”