If goat thefts don't stop in Jamaica, local farmers say they may soon take the law into their own hands. 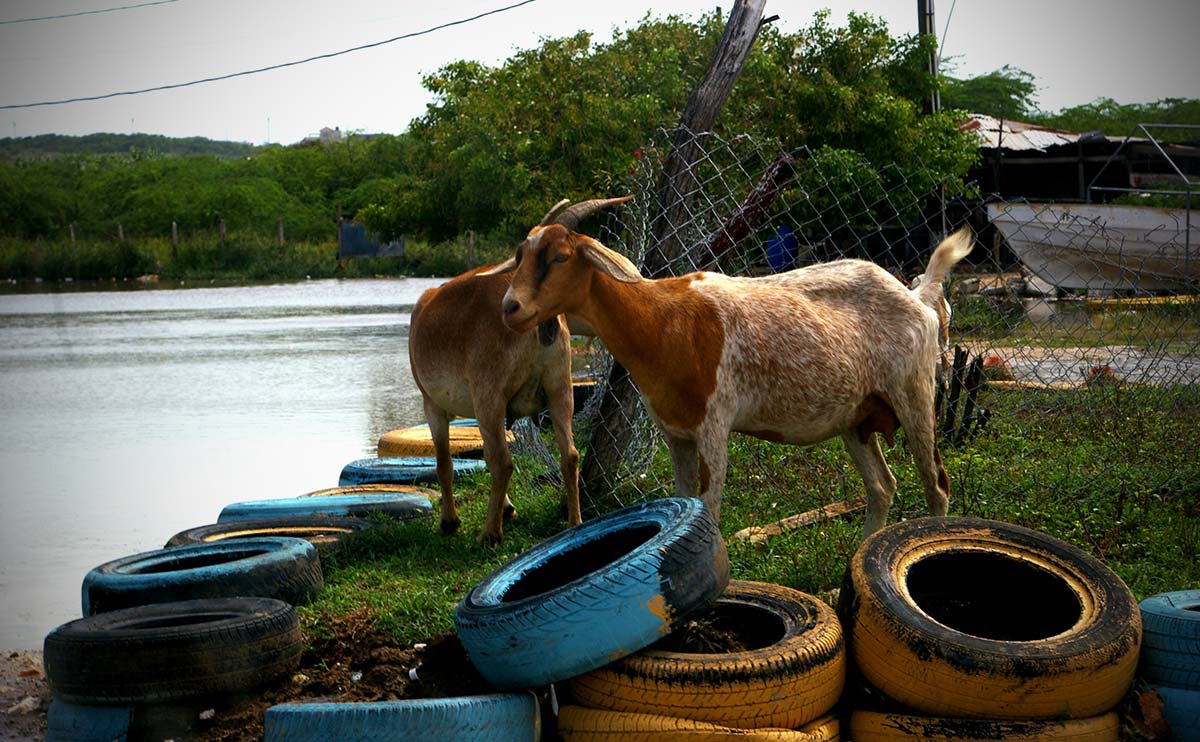 King, the President of the Jamaica Goat Farmers’ Association, recently told the Jamaica Observer that if the thefts don’t stop, farmers would no longer let the law get in the way of protecting their property.

‘People are getting very frustrated and it is reaching a point where they are going to be taking the law into their own hands.’

“People are getting very frustrated and it is reaching a point where they are going to be taking the law into their own hands,” King told the paper at his Martha Brae home, the Western Jamaican town where he raises a number of goats himself.

Just how many goats have been taken from areas near King’s farm isn’t exactly clear. He told the Observer he has record of 50 goat thefts in and around Martha Brae, including 15 goats taken from a neighbor’s property in broad day light. He claims to have lost five goats to theft off of his own farm.

Like other commonwealth nations, Jamaica has ditched the term “farm theft” in favor of the decidedly more British sounding term of “praedial larceny.” They mean the same thing, but around the developing world praedial larceny has become a buzzword in understanding the challenges theft presents to agricultural production and food security. Robberies of produce and livestock can force poor farmers out of the game and disincentivize entrepreneurs from getting into it, no matter what you call those robberies.

All those missing boxes of vegetables and goats add up. A study by the UN’s FAO estimates praedial larceny costs farmers more than $55 million a year in Jamaica alone. The story is the same across much of the Caribbean where 98 percent of producers reported having experienced some sort of theft depriving them of an estimated $320 million of income.

And where are the cops when a goat goes missing? When the police manage to nab a suspected goat nabber, they can’t exactly check the plates on the animals. As Jamaican Ag Minister Roger Clarke explained to Modern Farmer, his department has tried instituting a receipt book system so officials could monitor the theft of agricultural goods, but most farmers have ignored the request. Yet the Department has continued collaborating with NGOs, entrepreneurs and universities to make information more accessible to farmers.

Thieves also are likely not all that worried about the consequences. Jamaican officials only issue fines to convicted farm thieves — if, that is, a judge bothers to even hear the case. Frustration with legal inaction means farmers only report 45 percent of praedial larceny cases according to the same FAO study.

Indeed, local police told the Jamiaca Observer they hadn’t heard a peep about goat thefts in the area.

“They have not been reported to us, but we will investigate what is happening,” said Wilford Campbell, Commander of the Trelawny Police Division.

King isn’t the first to suggest farmers take the situation into their own hands. Goat farmers in Rock River, Jamaica have banded together to form watch groups with the blessing of local police forces as long as government officials are called on to make arrests, wrote the the newspaper The Gleaner in 2012.

And last year, farmer Christopher Clarke said he planned to equip his goat with an anti-theft device, but wouldn’t reveal the exact details for fear the thieves would try to beat his technology.

“To protect your animals you have to risk your life because the thieves that are coming are heavily armed,” he said. “They are not coming lightly, so it is not good advice to tell a man to stay outside with his machete to ward off a thief.”

(Editor’s note: A former version of this article stated that Jamaica was a “former commonwealth.” We have updated the article, and regret the error.)