Steering an island nation to self-reliance is no easy task. 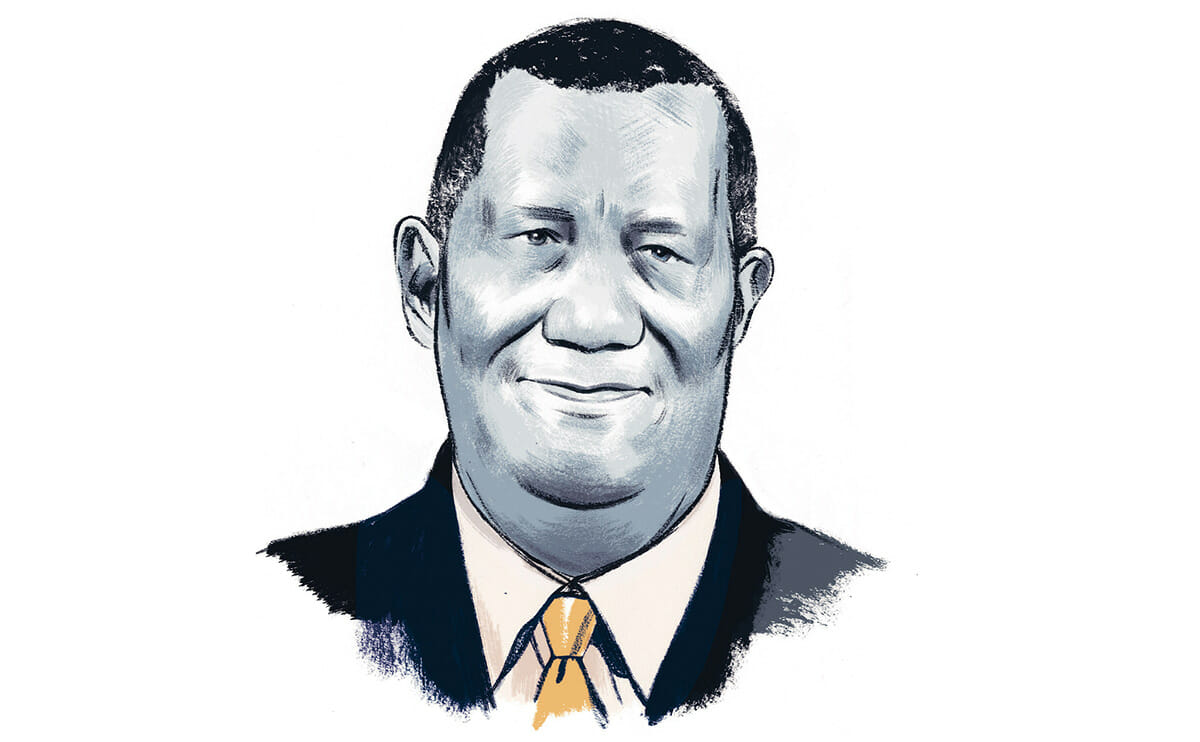 The shadow of colonialism, plantations and centuries of slavery still taint farming’s public perception, discouraging young Jamaicans from working the land. However, as the cost of imported food soars, it has become an urgent mission for the island nation to become more self-sufficient. Currently, the country imports about a billion dollars’ worth of food”‰ – ”‰and only exports a quarter of that.

Of the exports, sugar has historically dominated and still does, with only a handful of other crops”‰ – ”‰coffee, citrus, yams and the tropical fruit ackee”‰ – ”‰being exported significantly, mainly to the United States. Besides large sugarcane operations, the landscape is mostly dotted with smallholders farming on subsistence plots. The agriculture sector has been growing rapidly every year”‰ (up 12 percent in 2010 alone”‰) but still makes up only a small fraction of the country’s economy.

As a lifelong farmer himself”‰ – ”‰he owns the largest sugarcane farm in his region”‰ – ”‰Clarke knows well the challenges his country faces and does not mince words. The music lover and father of two also held forth on marijuana, farm crime and a silly scandal that briefly eclipsed his work.

Roger Clarke: We’re still dealing with many antiquated systems in farming; we have not modernized the sector as much as we should have. That is a problem with having many, many small farms on terrain that doesn’t lend itself to mechanization. These farms still depend on manual labor to do much of the work. Then there is competition from imports. You’re competing with countries, which, to a large extent, are fully mechanized. And many of these governments are able to subsidize agriculture. We cannot afford that here.

Farm theft is also a big problem. As a matter of fact, it’s one of the biggest problems not just in Jamaica, but in the region. People steal bananas, yams, potatoes, even pigs. Sugarcane is one of the only things they don’t steal.

MF: How are you addressing theft?

RC: We are trying to introduce what we call a receipt book system, where every farmer has a discrete number and receipt book for what they sell. If police stop you and you don’t have a receipt, you could be charged. Unfortunately, many farmers have not even tried to purchase receipt books.

We are also trying to increase the penalties meted out to those guys that we catch. We’re even looking at compensation, where thieves would have to work for the farmer to pay off what they stole.

MF: What are some ways Jamaican agriculture is modernizing?

RC: We have introduced modern irrigation systems. The ‘only problem is because of the cost of electricity and the pumping rate, it’s still too expensive. In the sugar industry, we’ve brought in new mechanical harvesters, and work is being done to improve the machinery we have.

MF: Tell us about the “Eat What You Grow” program.

RC: This is an effort to get people to buy more local food, and it’s working very well. It is also our way of encouraging people to start gardens”‰ – ”‰”‰especially in urban areas”‰ – ”‰”‰to offset their food costs. We give out seeds and little things like that. Unfortunately, we cannot pay for a lot of assistance, but the World Bank does help.

MF: Is it possible for Jamaica to feed itself?

RC: Jamaica could feed itself, but there is something you must understand. Our eating habits have put us in a situation where we have this appetite for things that come from abroad. Our people are always going to want the imported codfish and things like this.

But there is a problem with equilibrium. We import nearly a billion dollars, U.S., in food each year, but we only export around $250 million. What we’re trying to do is bring those figures in line. We need to grow enough for export so we can afford the things we want to import.

MF: Is marijuana a significant crop in Jamaica?

RC: There are people in some of the mountainous regions who do that, but not on a large scale. The police are there and the army is there and they are after them. But there are pockets where people are really doing it. It’s done in really marginal parts of the interior, almost inaccessible. I don’t know how the guys get into those areas. Maybe helicopter.

MF: This year a photo of you dirty dancing went viral; Jamaican media treated it like a scandal. Did this interfere with your work?

RC: It was no problem to me. You know, I’m just focused on what I’m about. I was on the platform speaking and this lady jumped up there and decided to dance on me; it happened for a split second. Newspaper people probably sold more newspapers because of it, and I wish them well.

MF: How is Jamaican agriculture affected by the tourist industry?

RC: That’s an area we have been targeting. Our income depends significantly on the demands of the tourists. We’d like the hotels to use local pork and eggs and some of the veggies, some lettuce and all of that. We want to give tourists an opportunity to eat more food from the island.

Roger Clarke grew up on a Jamaican farm, helping his parents and grandparents tend their root crops and vegetables. After extensive management training in the U.S. and Jamaica, Clarke went on to a successful career in politics, first as mayor of the city of Black River, then as a member of Jamaican Parliament. Now the biggest sugarcane farmer in St. Elizabeth Parish (apparently not a conflict of interest), Clarke has served as agriculture minister for over 10 years.