How to Find the Right Solar Panel for You - Modern Farmer
How-To, Technology

How to Find the Right Solar Panel for You

Get all (or at least most) of the energy you need, right from the sun. 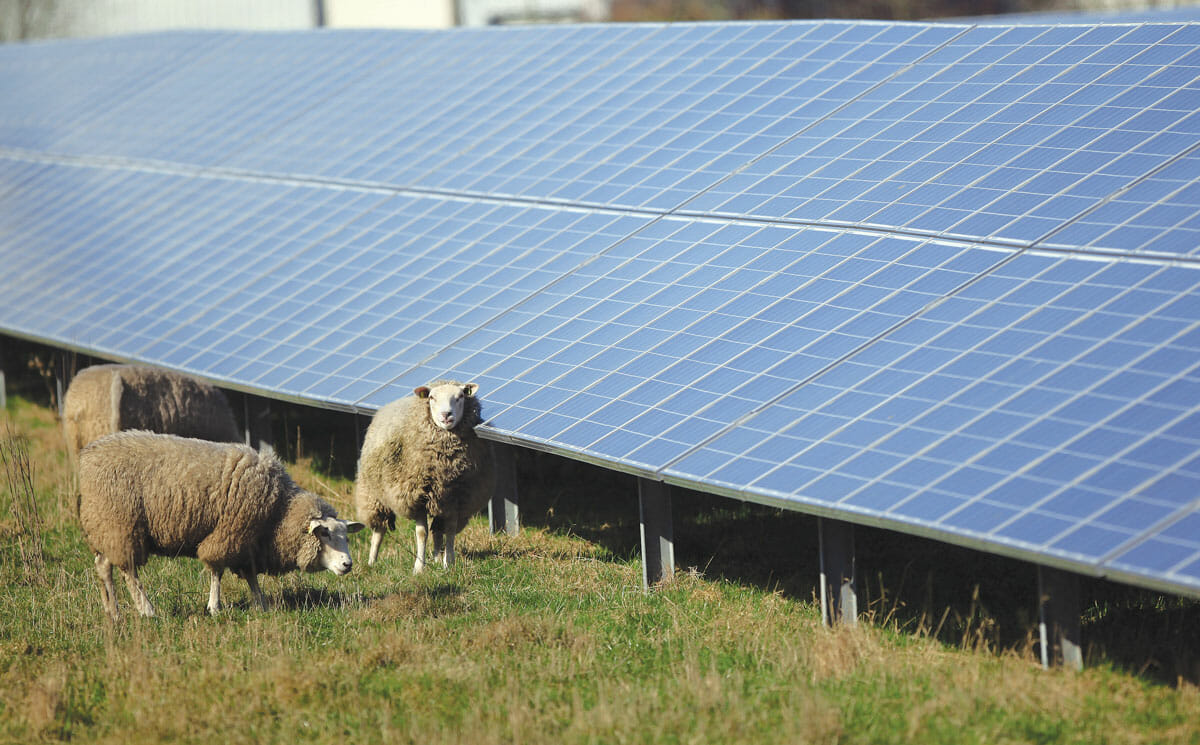 At today’s low prices, investing in solar panels can pay for itself in a relatively short period, particularly in a state where electricity is expensive and/or good incentive programs exist. (A state-by-state listing can be found at dsireusa.org.) Sometimes, local governments provide incentives, and some utility companies reward customers who install panels.

One constant anywhere in the United States is a 30 percent federal renewable energy tax credit that takes a chunk out of purchase and installation costs. Combine that with today’s lower prices and up-front costs can be recouped almost anywhere in the country within the typical 25-year life expectancy of modern solar panels, according to Andy Hershberger, president and CEO of Virginia-based Shenandoah Solar. Still, there are a few things to consider.

“It’s good for folks to get their utility bills and look at what they use on a monthly basis and a yearly basis,” says Andy Tyson, co-founder and owner of Creative Energies, which designs and installs solar electric systems in the West.

Such data is key to designing a system and calculating its payback period. Solar panels need sunshine, so an unshaded spot on the roof or nearby is a must. While the amount of sunshine received by a given place varies, there are very few places in the lower 48 where an unshaded panel won’t perform well, says Tyson.

Below are three models recommended by experts for homes or small businesses. Estimated costs represent the total overall cost to purchase and install a 4kW system.

SunPower of San Jose, California, has been in business nearly 40 years. Known for the industry-leading efficiency of its panels (meaning they generate more electricity per unit of area than others), the company offers a warranty guaranteeing a higher level of performance over a 25-year period than most manufacturers.

Specs: A turnkey 4kW installation – big enough to provide around 50 percent of the average U.S. home’s electricity, depending on how much sun it receives – may cost somewhere between $23,000 to $25,000. A 4kW system will occupy about 216 square feet of roof space.

Suniva is a Georgia company spun off from the solar energy research lab at the Georgia Institute of Technology. Founded in 2008, the company makes reliable panels and is one of just a few American manufacturers to have weathered a difficult time for the industry, which faced stiff competition from inexpensive Chinese-made panels.

ReneSola panels are a Chinese-made option offered by Positive Energy Solar. These panels are also good performers, though they aren’t quite as efficient or backed by as comprehensive a warranty as the SunPower panels.

Solar on the Farm

“Every job is completely different from one to the next,” says Seth Pepper, principal of Agriculture Energies, a renewable energy developer based in Tucson, Arizona, that focuses on agriculture. Different farms have different energy needs, and a single farm can have several, each requiring an entirely different solution: e.g., lighting a barn with a grid-tied system or powering an off-grid irrigation system. Every individual farm system is customized “from the ground up,” Pepper says, from retrofitting existing equipment for compatibility with solar energy to other tailor-made solutions.

When it comes to specific panels, he recommends those manufactured by Bosch or Mage (both are German companies), or Trina or ReneSola (two Chinese companies).

Energy independence on the farm is a long-term investment that requires long-term thinking; Pepper says his company hopes to help its clients “increase the likelihood that [their] children’s children will be successfully running the same farm” with solar energy for years to come.

Popular
7 Smokable Plants You Can Grow That Aren’t MarijuanaBrian Barth
Hell in High Water: The Story of Devils Lake, North DakotaSharlene Breakey
Record-Breaking Egg Profits Prompt Accusation of Price GougingClaire Carlson, The Daily Yonder
6 Differences Between Llamas and AlpacasAndrew Amelinckx
New Solar Panels Allow Farmers to See the LightNaoki Nitta
Explore Modern Farmer
Related
Environment, Labor, Water
California Farms and Farmworkers Attempt to Recover From Record FloodsNaoki Nitta
Books, How-To, Lifestyle
How to Turn Your Garden Into a Business, No Matter the SizeEmily Baron Cadloff
Aquaculture, Technology
Can Interactive Mapping Tools Guide Shellfish Restoration?Bridget Shirvell
Food Waste, Opinion, Politics, Technology
How Solar-Powered Refrigerators Could Cool Down Climate ChangeAbay Yimere
wpDiscuz
We use cookies on our website to give you the most relevant experience by remembering your preferences and repeat visits. By clicking “Accept”, you consent to the use of ALL the cookies.
Cookie settings ACCEPT
Privacy & Cookies Policy