Porcine Epidemic Diarrhea Virus Is Nasty ” and It Could Get Worse - Modern Farmer
Animals, Plants

Porcine Epidemic Diarrhea Virus Is Nasty ” and It Could Get Worse

The National Pork Board issued a statement on Tuesday calling Porcine Epidemic Diarrhea Virus its "No. 1 priority" and announcing the commitment of more than $1 million to research the virus and combat its spread. 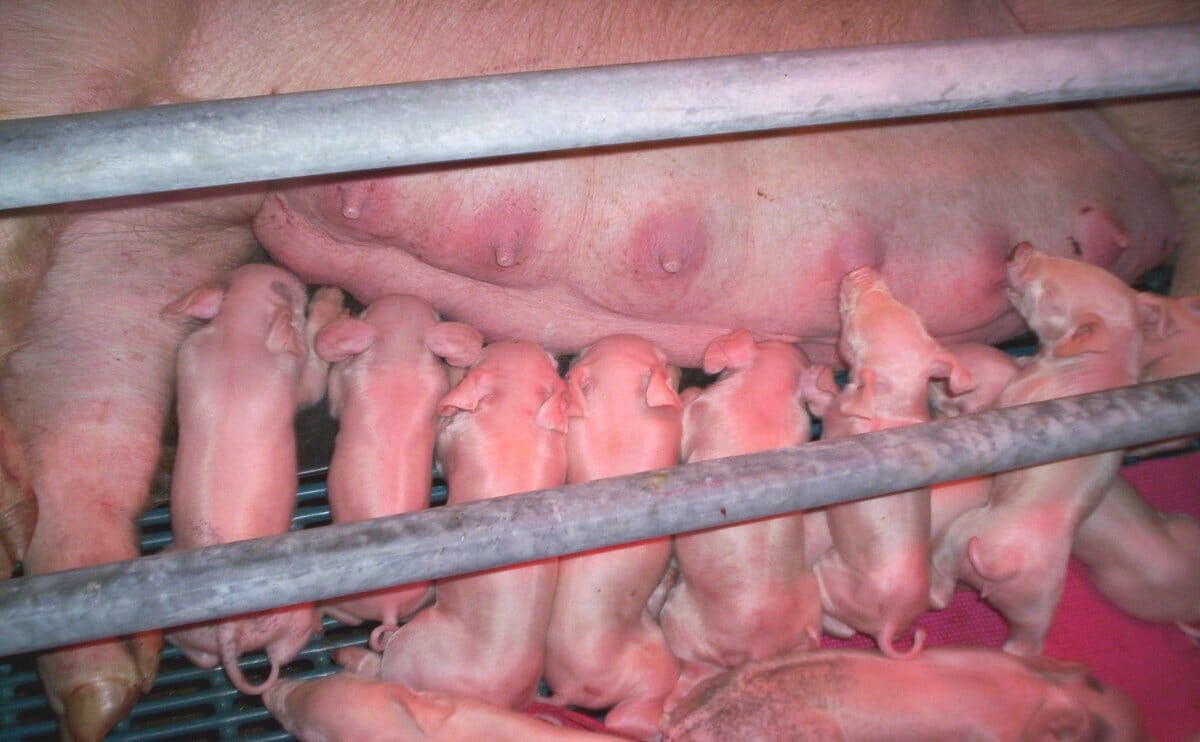 But there might be a silver lining: in a way, the virus attacking U.S. swine herds couldn’t have come at a better time. Thanks to falling grain prices, pig farmers’ costs are low, so, on the whole, they’re better able to absorb the losses. Low grain prices also mean farmers can feed their pigs more, fattening them up and increasing yields. In fact, despite estimates that the virus will reduce this year’s herds by 3 percent, the Department of Agriculture estimates that pork production will actually increase by 2 percent.

That doesn’t mean PEDV isn’t a problem, of course. If it continues to spread, things could get a lot worse. And that’s a distinct possibility — according to the National Pork Board, they’re already getting worse. The board issued a statement on Tuesday calling PEDv its “No. 1 priority” and announcing the commitment of more than $1 million to research the virus and combat its spread.

The Pork Board estimates that about 5 million piglets have died in the past several months, at an increasing rate. In January alone, an estimated 1.3 million piglets were lost.

There has been a “heavy loss of piglets,” the board said. Although there is no requirement for producers to report the disease (which doesn’t affect humans and poses no public-health risk), the Pork Board estimates that about 5 million piglets have died in the past several months, at an increasing rate. In January alone, an estimated 1.3 million piglets were lost. (Other experts put the number closer to 4 million since May 2013.)

PEDV has now spread to 26 states after first appearing in the United States nearly a year ago. It began accelerating in October and hasn’t stopped. It affects only piglets, for which the pre-weaning mortality rate is 100 percent. It’s not clear how the virus, which was first discovered in England in 1971, made it to the United States, or even just how it gets spread. By 2012, it had spread to China and has invaded Canada as well. Hog farmers across the United States are trying everything to prevent PEDV from infecting their herds — such as constantly disinfecting their equipment and making workers change clothes and shoes before entering areas where pigs are kept. But it’s an extremely tenacious virus. Smithfield Foods, the world’s largest pork producer, estimated that 10% of sows in the U.S. carry the virus, though that number is from January, and might have risen since then. The sows don’t get sick, but pass the virus on to their piglets.

Also in January, Smithfield estimated that this year’s losses might reach 2 million or 3 million. If the Pork Board’s recent estimates are correct, that number is going to be surpassed, perhaps by a lot. At the same time, Hormel, the maker of Spam, warned that the virus might eat into its earnings for the year.

Meanwhile, prices keep rising. Even as demand for pork and other meat continues to rise with the improving economy (both globally and in the United States), supplies are being crimped. The April lean-hog futures contract on the Chicago Mercantile Exchange has risen by a third since the start of the year. At the same time, the virus is pushing down prices of feedgrains, as worries grow that demand will fall with the size of the herd.

Industry observers who only weeks ago assumed that the virus wouldn’t pose a major threat are starting to change their minds.

The money earmarked by the Pork Board will go toward researching what “has become one of the most serious and devastating diseases our pig farmers have faced in decades,” said Karen Richter, the board’s president and a pork producer in Minnesota. The aim is to increase collaboration and communication among producers, researchers, veterinarians, and even outfits that might seem surprising — such as the National Feed and Grain Association. The thinking is that the virus might be spreading itself through feed.

The Pork Board recommends that farmers follow its bio-security guidelines, and not only when there are outbreaks.

In the meantime, researchers are trying to develop a vaccine. One outfit in Iowa, Harris Vaccines, says it has one that “shows promise,” but it hasn’t been licensed by the USDA for general use in the United States. For now, hog farmers are left to fend for themselves.

“There are multiple companies are working on a vaccine,” says Paul Sundberg, the Pork Board’s vice president of science and technology. But only the Harris vaccine is available at all, and then only by prescription. Farmers “probably shouldn’t expect there to be a vaccine for this,” he said. “Historically, vaccines haven’t been very effective. The emphasis should be on bio-security.”