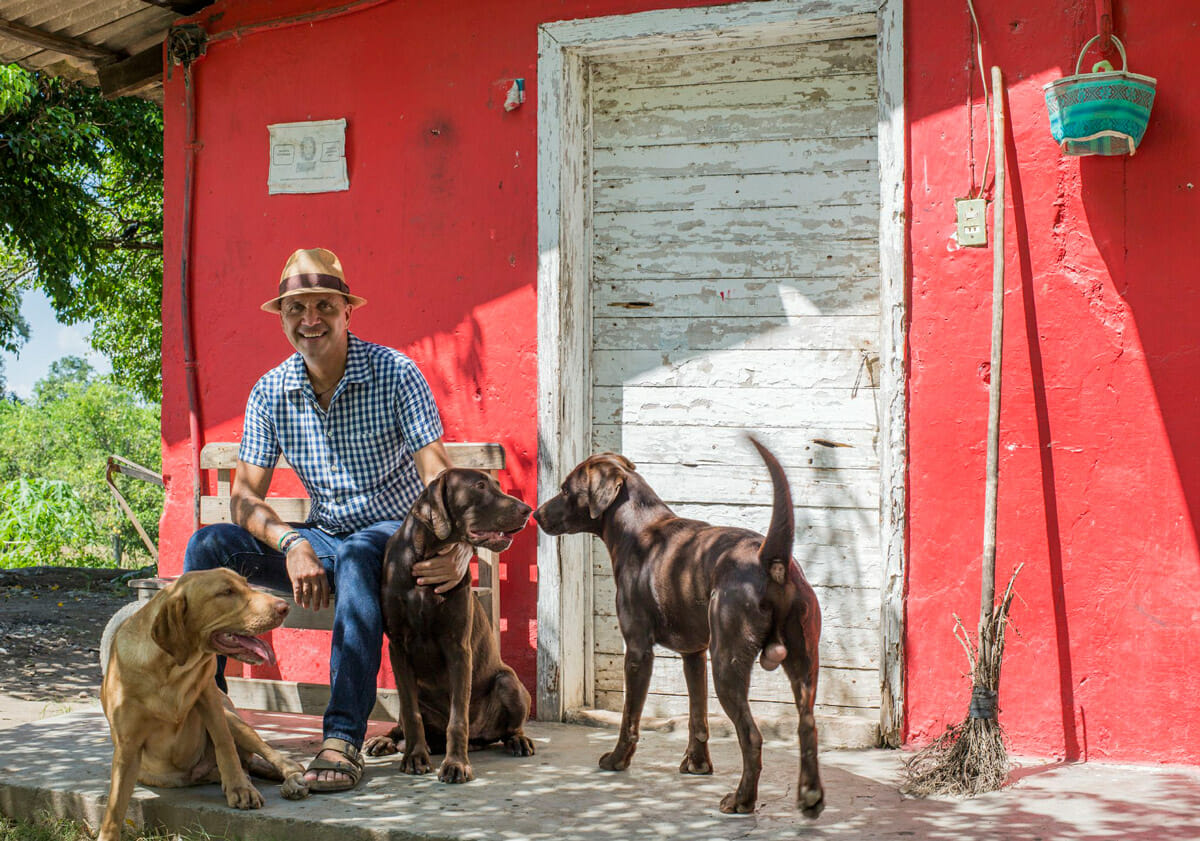 Latin American hotelier and design icon Carlos Couturier splits his time between New York City and his farm in Veracruz, Mexico. In the low lit lobby bar of his recently opened Hotel Americano in Chelsea, Couturier offers drinks and homemade guacamole, and holds forth on his bifurcated mode of living, skipping between the country and the city, seemingly at home in both.

“After just spending three weeks at the farm, I feel out of place in New York,” he says. “I feel disconnected to nature here and need to go back often and reconnect. I crave the farm. Still, I get both worlds. I can enjoy life in a small town and go to a city.”

His sophistication and warmth are the same qualities that define his pet-friendly hotels – modern, intimate and inspired by nature. You have to wonder, though, when he finds the time to tend to his 8,000 acres in Veracruz, where he sustainably farms lychees, limes, grapefruits and oranges. His company, Citricola, is one of the largest exporters of Persian limes in all of Mexico, sending citrus to the British grocery retailer Tesco, Marks & Spencer and Carrefour in France, among others. He describes his packinghouse in Mexico City as “beautiful.” “It looks like a hospital,” says Couturier. “Its so pretty – it could be the kitchen of a hotel.”

Couturier’s family started off farming vanilla on the fertile land of Veracruz after emigrating from France in 1880, eventually moving to bananas and then citrus. He first came to the U.S. to attend a Kansas boarding school “in the middle of the wheat fields.” But farming has changed, he says. “With farming, we are not making decisions we never had before. We have blights and a sense of weather we never had before. We have hurricanes, one right after the other, and new diseases. Everything moves faster, and we have to adjust. It’s about adjusting on a daily basis.”