When I was 21, I had a job breeding mice as a research associate in a basic science laboratory. I bred mice, tested them for genetic traits, and sometimes had to kill them. 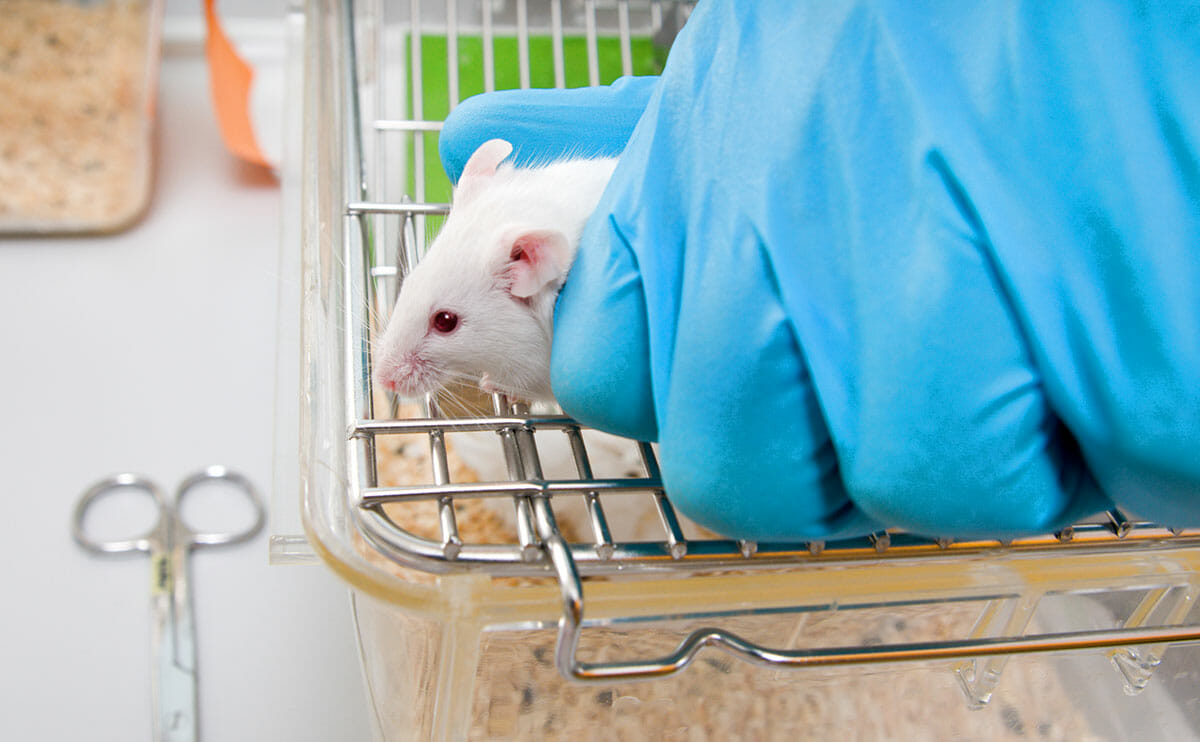 When I was 21, I had a job breeding mice as a research associate in a basic science laboratory. To get the job you needed a bachelor’s degree in one of the basic sciences — chemistry or biology or so on — but for the day-to-day of the job, none of that was really necessary. You’re not really applying those theoretical skills.

I started as a research associate, making, with benefits, maybe $35,000 a year. Each day I would get in at 8 a.m., sterilize myself, gown up, and start looking after the mice. The first thing that greets you is this very fresh smell of… I’m trying to describe it. Like wood chips, urine, and a little mouse feces. It’s just how you began the day.

I worked in a standard mouse room. There would be a box that would contain the female mouse, which was the progenitor, the mouse that was maintaining your mouse genetic line. There would be two or three females in one of the cages. And then separated in the same cages would be one or two males.

The first thing I would do is the weaning, removing the baby mice from the mother’s cage, typically after three weeks or so. If you wait longer than that, that’s when mice become can become sexually active. You can get mother-to-child breeding, which creates a lot of potential for genetic abnormalities. For these experiments, you want to have the minimum genetic mutations possible.

The mice that had the genetic traits we were breeding for, they were removed and put in their own separate cages for the experiments to go on. And, uh, the ones that did not, they ended up getting culled.

It’s all about preserving the genetic lines. Say you have a knockout mouse. That’s a mouse where there’s a gene of interest that you have turned off — you’ve “knocked it out.” And that allows you to see what a gene does, whether that’s the development of the brain, or immune system, or heart and so on. What changes, what makes it different? We’re trying very carefully to preserve that genetic line.

Most of the time whenever you create a mutation in a mouse, it’s not as though there’s an obvious difference between it and the original mouse. Typically you have to do tests and experimentation to find out what’s changed. That can be biopsy, or you can hook them up and see if they can run a maze successfully, or try to observe behavior.

I would go in, check my mice, wean out the ones that needed to be weaned. Much of the work is actually about documentation. Every mouse that you want to use, you have to document them. It’s called “tagging and tailing.” You give them an individual number, tagging their ears in the same way you would larger livestock. Then you take a sample from them, a tiny clipping of their tail, and you ‘ll later do genetic analysis to see if the mutation you wanted came through the breeding process.

At that point I’d also try to determine the gender status of the younger mice, which can be tough. The purpose being, you don’t want the females to get impregnated as a result of you accidentally putting a male in with them.

After tagging and tailing and separating by gender, I’d put them into a new, sterilized cage with a small amount of bedding, these pieces of foam that the mice will tear up and use as nesting material. And then I’d typically give them enough food during that first day that I wouldn’t have to put in more.

Once they were in the cages, and I had all the tail clippings, I found which of the mice were useful for the experimentation that we wanted to do. I’d take the tails, go back to the lab and do what’s called polymerase chain reaction, to see if that mouse had the genetic mutation I want. The mice that did, they were removed and put in their own separate cages for the experiments to go on.

And, uh, and the ones that did not, they ended up getting culled.

The culling process is very heavily regulated, and where I was at, you’d have to kill them twice, effectively, in order to make sure they were completely dead.

The first way you did that is carbon dioxide. You took the container with the mouse into a room that had gas tubes in it. You’re trained not to induce any additional physical harm or distress to the mice. So there’s this very slow, very specific rate you increased the amount of CO2 in the room.

Yeah, in the beginning, it definitely was kinda strange, for sure. Just simply that sensation. It was certainly something I had to get used to.

They’re walking around, they’re moving around, and then very, very slowly they’re more sluggish, and then finally they just kind of fall asleep. After all of them have stopped moving, and you don’t see any respiratory movement or breathing, you wait another few minutes or so After that you separate their cervical spine from their head.

This is the most grisly part, but it’s just to confirm that they are in fact dead. You take them by the tail, splay them out flat, and then using a hard object you apply a lot of pressure behind the skull right at the junction of the head and spine. Eventually there will be a soft popping sensation or sound. And then you know.

Yeah, in the beginning, it definitely was kinda strange, for sure. Just simply that sensation. It was certainly was something I had to get used to.

But eventually it became a process of the work we were doing. Any individual who does this has to find a reason or a justification why they think it’s important. Obviously it’s been heavily politicized, and people can view this from a lot of different perspectives. I think looking at the scope of animal research and the benefits humanity has accrued and gained as a result of animal models — to me it’s worth it.

Every facility, every university that you work for has a board that reviews all animal research to make sure there is a purpose to it. You can’t just come up with a random idea, “What happens if I throw mice really high and see if it does to something to them?” If there’s no credible scientific benefit to that type of work, it’s not going to happen.

I mean nobody goes into this kind of work, like, “This is the dream job I want to have.” To me, the actual scientific aspect was intellectually intriguing. The drive to see “What’s going to happen next?” or “What will the experiments show?” After a year I left to attend medical school, but it wasn’t because of my dislike of the job itself.

Looking back, the best part of breeding mice would have to be the intellectual aspect of it. Simply knowing that you’re contributing to some larger body of knowledge as you’re going through the process. Thinking about it from an experimental standpoint as opposed to thinking about it as an animal husbandry job.

The worst part was that sometimes we got slammed. There were be a ton of experiments going on simultaneously, so there would be a lot of mice that needed to be tagged and tailed. On the worst days it would be non-stop weaning and tagging and tailing and genetic analysis. The most I did in a day was maybe 160 mice. That was rough.

All b.s. you can think you’re doing noble work all you want but animal testing doesn’t work and many countries don’t use animals to test their products.