Going beyond seeds to data farming. 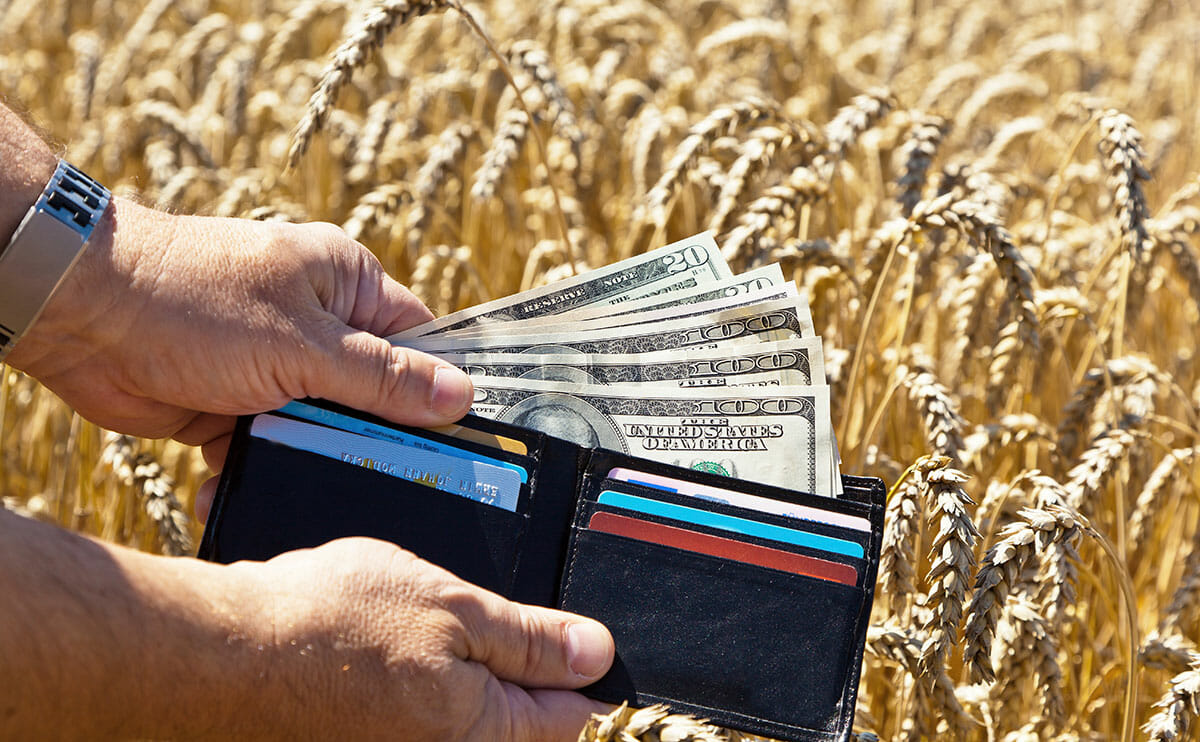 Toward that end, the company on Tuesday morning announced that it will acquire The Climate Corporation for $930 million. Climate Corporation underwrites weather insurance for farmers, basically in real time, using some of the most sophisticated data tools available to determine the risks posed by future weather conditions and events.

More than many businesses, farming is intensely data-driven. And much of that data is incredibly complex.

And the company doesn’t limit itself to weather data. As politicians, pundits, and people on the Internet continue to argue over whether climate change is real, the insurance industry has for years been operating under the assumption that it is. So Climate Corporation uses data from major climate-change models — the very ones that are under constant assault by doubters — in its calculations.

Climate Corporation manages an eye-popping 50 terabytes of live data, all at once. Besides climate-change models, data is collected from regular old weather forecasts and histories, soil observations, and other sources. The company collects data from 2.5 million separate locations. Given these numbers, it shouldn’t be surprising that Climate Corporation is basically alone in this market. The barriers to entry are immense.

The company makes use of “machine learning” – a kind of artificial intelligence. That’s the technology behind, for example, determining which of your incoming email messages are spam – except in this case the tech is much, much more sophisticated. Each new bit of data that’s entered into the system – rainfall in Douglas County Nebraska, say, or the average heat index in Louisiana’s Winn Parish – helps it learn, and more accurately forecast what will happen in the future.

Given the company’s super-nerdy nature, it’s no surprise that Climate Corporation’s founders didn’t come from farming. Nor did they come from the insurance business or climate research. They are all software engineers and data scientists — some of them former Google employees, in fact. The company launched in 2006 and has attracted a reported $107 million in venture capital. So the sale is a big payday for the founders and their backers, which include Khosla Ventures, Google Ventures, Index Ventures. and Founders Fund.

This isn’t Monsanto’s first foray into data and services. The company says it expects that business to eventually generate revenues of $20 billion. Last year, the company acquired Precision Planters for a reported $250 million. That company gives farmers access to data tools to help them make decisions — in real time, from atop their tractors via smartphones — on things like crop density and fertilizer volume. Like Precision’s technology, Climate Corp’s system will be folded into Monsanto’s Integrated Farming Services platform.

In a way, Monsanto’s investments in data and services are similar to what IBM did in the 1990s, when it divested itself of most of its hardware business to concentrate on providing services. Such a business means establishing ongoing, long-term relationships with customers rather than just selling them stuff. And the margins are higher. Of course, that doesn’t mean Monsanto is about to let go of its core seeds-and-chemicals business from which it earns the vast majority of its revenues.

But data analytics represent farming’s “next major breakthrough,” Monsanto said in its statement announcing the acquisition. More than many businesses, farming is intensely data-driven. And much of that data is incredibly complex. It’s much more difficult to guess at weather patterns and soil conditions three years down the line than it is to forecast, say, demand for screwdrivers or baseball mitts. And yet, until not so many years ago, farming — a business that’s not often on the minds of most Silicon Valley entrepreneurs — was well behind the curve on data analytics. While the executives at Amazon and Netflix were creating and using highly sophisticated algorithms and forecasting models to plan for the future, many farmers were still watching The Weather Channel. That’s all they had.

Monsanto’s data and services are meant to “boost yields on existing farmland and better manage risks that occur throughout a crop season,” according to Monsanto’s statement. Climate Corporation’s tools in particular will help farmers with “crop planning, monitoring, and recommendations, and insurance offerings through its network of independent agents.”

Again, like IBM, Monsanto is setting itself up for a future where its core businesses might not be so lucrative as they are now – on the same call announcing the deal, Monsanto told investors of a $250 million loss this quarter, more than anticipated. After all, the tools offered on Monsanto’s Integrated Services Platform will in many cases spur farmers to buy less of Monsanto’s seeds and fertilizers. Monsanto realized that such tools were going to come along no matter what, so why not be the company that provides them?

Popular
Yes, the Government Really Does Stash Billions of Pounds of Cheese in...Emily Baron Cadloff
Paddleboarding Goats Make a Splash on Prince Edward IslandNoah Lederman
How to (Actually) Get Rid of Fruit FliesEmily Baron Cadloff
7 Smokable Plants You Can Grow That Aren’t MarijuanaBrian Barth
What to Do With an Abundance of PeppersShelby Vittek
Explore Modern Farmer
Related
Environment, Plants
Making the Case for IntercroppingShea Swenson
MTMF
Meet the Modern Farmer Helping Immigrant Farmers Sell Their ProduceBridget Shirvell
Animals, MTMF
Paddleboarding Goats Make a Splash on Prince Edward IslandNoah Lederman
Plants
Rice Growers Continue to Battle Weedy EnemyLindsay Campbell
wpDiscuz
We use cookies on our website to give you the most relevant experience by remembering your preferences and repeat visits. By clicking “Accept”, you consent to the use of ALL the cookies.
Cookie settings ACCEPT
Privacy & Cookies Policy