Why Legalized Hemp Will Not Be a Miracle Crop - Modern Farmer
Animals, Plants

Why Legalized Hemp Will Not Be a Miracle Crop

Demand for hemp isn't as high as hemp's loudest proponents would have it -- all you have to do is look at countries where it's legal. 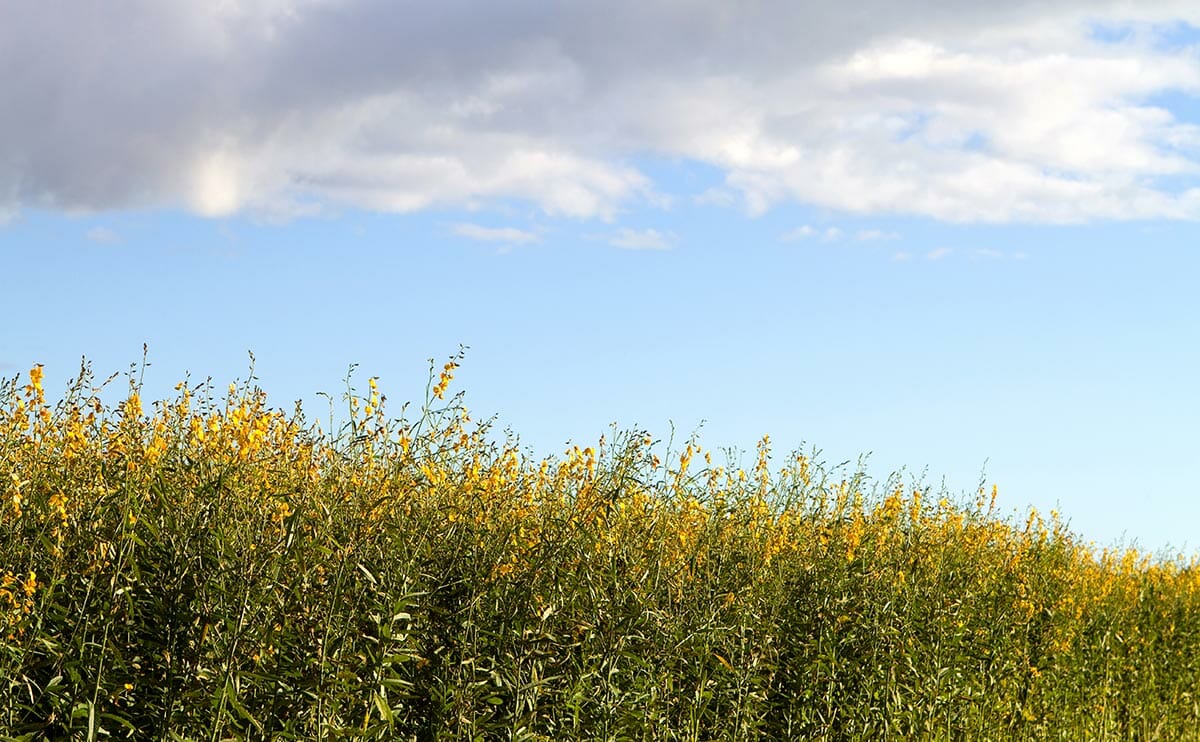 That “activists” have rallied behind hemp is, of course, mainly due to its relationship to marijuana. The plants are cousins — both are cannabis. Not that hemp should ever have been illegal, but it’s hard to imagine that if flax or jute were for some reason illegal, such a large, politically-tinged campaign would be organized around legalizing either of them. As with any political movement, hemp activism has generated tons of wildly exaggerated claims, such as when a Daily Kos writer in 2011 declared that “Industrial Hemp can save America.”

But good for the activists, since they appear to be winning, as they should. Several states have formally legalized hemp production, though most of them are waiting for the federal government to come around, since hemp, incredibly enough, is still classified as a Schedule I narcotic. That means the government considers it among the most dangerous of illegal drugs and attaches the most severe criminal penalties to it. Even though smoking it would do no more than perhaps give you a headache. Like marijuana, hemp contains the psychoactive ingredient THC, but in such small amounts it’s almost not measurable in hemp.

Early this month, a farmer in Colorado harvested the first legally produced industrial hemp crop in 56 years. It’s not even quite legal there, even by state law (regulations governing hemp production are set to go into effect next year), but farmer Ryan Loflin went ahead and cultivated 55 acres of the stuff, some of which will be processed into oil and sold to Dr. Bronner’s Magic Soaps, a major U.S. buyer of hemp.

With states like Colorado and Washington making marijuana legal for recreational use, and many others legalizing medical marijuana, the nation’s laws and attitudes regarding the cannabis plant are quickly changing. It seems likely that a thriving hemp market will finally develop here.

But “thriving” doesn’t mean “huge” — not by a longshot. Worldwide, only about 200,000 acres of land were devoted to hemp cultivation in 2011, according to the Food and Agriculture Organization, with that number being “flat to decreasing” in recent years in the 30 countries where hemp is cultivated. Meanwhile, in North Dakota alone, flax was harvested from more than 315,000 acres (95 percent of the U.S. crop) in 2012, according to the Agricultural Marketing Resource Association. For further perspective, consider that corn is planted on about 85 million acres in the U.S. alone every year (though that might say more about our reliance on corn than it says about hemp.)

Demand for hemp isn’t as high as hemp’s loudest proponents would have it.

There are good reasons for this. Chief among them is demand, which isn’t as high as hemp’s loudest proponents would have it. In Europe, demand fell through the 20th century as industrial buyers increasingly chose cheaper or better alternatives for many applications — often artificial fibers. That phenomenon has been replicated elsewhere. And as more uses for hemp have been found, demand has grown, but not at levels that would indicate a coming hemp revolution.

The crop’s illegality in the United States hasn’t helped either, of course, though imports of hemp-based products — many of them from China — have been legal since 1998. The total retail market for hemp in the United States is only about $500 million. That will no doubt grow with domestic cultivation — and perhaps with innovations in manufacturing technologies that could increase demand. But hemp is unlikely to ever be a world-changer.

Best known historically for its use to make paper and rope (neither of which are often made with hemp these days, because there are better materials), the crop’s versatility is its major selling point. It’s used in the manufacture of fabrics, household products, fuels, plastics, construction materials, and all kinds of other stuff. It has gained some popularity as a food ingredient in recent years. The U.S. Department of Agriculture has said that “the market potential for hemp seed as a food ingredient is unknown. However, it probably will remain a small market, like those for sesame and poppy seeds.”

The one big benefit of hemp? Its environmental footprint is relatively small. It requires few pesticides and no herbicides.

The one big benefit of hemp? Its environmental footprint is relatively small. It requires few pesticides and no herbicides. It’s an excellent rotation crop, often used to suppress weeds and loosen soil before the planting of winter cereals. On the other hand, it requires a relatively large amount of water, and its need for deep, humus-rich, nutrient-dense soil limits growing locales.

And hemp cultivation is highly labor intensive. Loflin, the Colorado farmer, took to social media to recruit 45 people to help him harvest his crop by hand over a weekend. “Use of a mechanical combine,” the Denver Post reported, “would have harmed the plants’ stalks.” That’s one reason prices are so high — about six times the cost of wood pulp. Hemp is an annual crop, which means it must be stored in order to be processed throughout the year, further adding to the cost of using it — and to the incentive for using something else.

Production of hemp varies considerably year to year, but in general, it had been steadily but slowly rising. In 1999, 250 million pounds were produced, according to the Food and Agriculture Organization; in 2011, it was 280 million. That’s pounds, not tons. The FAO says the increase is mainly due to rising demand for food, supplements and body-care products made with hemp. Sales of such products are at the mercy of consumer whims. It would be better news for hemp if industrial uses comprised the main driver of demand. Once hemp becomes more commonplace, consumers might prefer to just go back to Aveeno lotions and Dreyer’s ice cream.

None of which is to say that the outlook for hemp is not bright. It certainly seems to be, as long as we keep things in their proper perspective. That means ignoring claims such as hemp becoming a “trillion-dollar crop” that “could finally allow people to grow money on trees.”

@Paul agreed, some misinformation here as well as poor writing. Seems more like an opinion piece peppered with anecdotal information, hardly a critical lens on the true story. Try using references, like the article that you discredit at the beginning of your piece. The bias is apparent in the first paragraph as he refers to, ” ‘activists’ rallying mainly due to marijuana.” Leading the march is a Republican, Senate Majority Leader Mitch McConnell, hardly a “marijuana lover”. Let us have another critical look here: “Hemp is labor intensive” an absurd claim to make from the Colorado case, as there are… Read more »

FTA: “Best known historically for its use to make paper and rope (neither of which are often made with hemp these days, because there are better materials), the crop’s versatility is its major selling point.”

What are the “better materials” being used for paper, and how are they better than hemp?

I’ve researched hemp and the only reason why it’s illegal is because after the prohibition on alcohol failed and theres needed to be a new substance to make money off. The word Marjuana has only been around for a 150 years after there was a commerical depicting that only criminal Mexican smoked and you if you smoked you became evil. Just a bunch of lies to make money and make other people suffer to fill your pocket with money from the accused. Hemp is the best, you should write down some scientific information. Like how much stronger is than cotton.… Read more »

This is a strangely biased article. I am not a farmer but the economics are poorly thought through.

Yes think of all the jobs cultivating, harvesting, and processing hemp into all those different products will create!

As an annual crop it is harvested what, once or maybe twice a year? So yes, it would have to be stored in massive quantities and protected from spoilage to be available year round for a viable paper factory. Trees, on the other hand, may be harvested and delivered to the paper mill every day, thus providing a constant supply of pulp.

A herbicide IS a pesticide. You mean insecticide.