Meet the Goat Who Wasn’t a Goat

“He was clumsy, working his way down the cliff trying to catch up with the rest of the herd,” Creighton told FOX affiliate KSTU-TV, “With the binoculars, I could clearly see it was a guy dressed up in a homemade goat suit.” The white, makeshift goat costume was even decked out with crudely made horns. […] 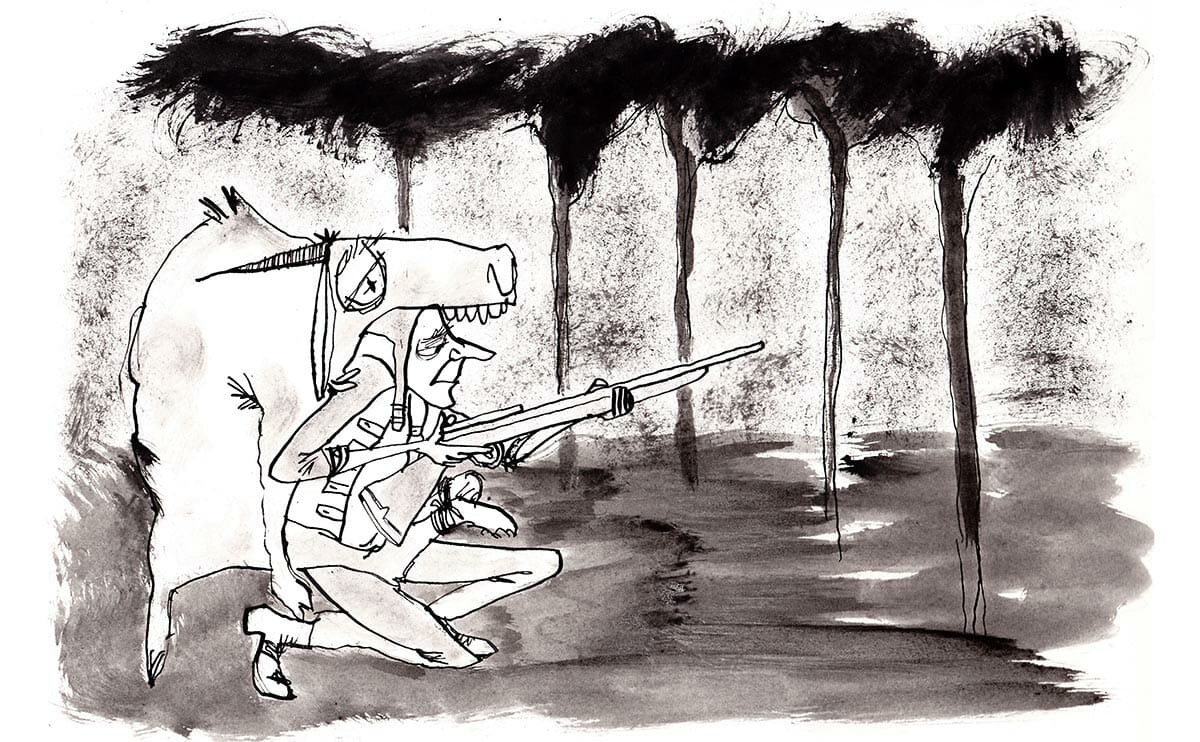 “He was clumsy, working his way down the cliff trying to catch up with the rest of the herd,” Creighton told FOX affiliate KSTU-TV, “With the binoculars, I could clearly see it was a guy dressed up in a homemade goat suit.”

The white, makeshift goat costume was even decked out with crudely made horns. This was no amatuer goat imitator.

And thus began the saga of Utah’s mysterious Goat Man. (Not to be confused with Maryland’s Goatman.)

Phil Douglass of the Utah Division of Wildlife Resources became a kind of spokesperson for Goat Man as questions poured in. Who was he? What did he want?

Douglass threw out some hypothesis. Perhaps, he suggested when speaking with KTSU-TV, the man was just an “extreme wildlife enthusiast.”

“There’s a saying we have among biologists,” he said, “You don’t go far enough, you don’t get the data. You go too far, you don’t go home. The same is true with some wildlife enthusiasts.”

Goat Man had his supporters, too — Douglass received a anonymous call from someone who implored him to “Leave goat man alone. He’s done nothing wrong.” And Douglass conceded that Goat Man wasn’t doing anything illegal — but he was concerned that the man would get hurt, either by a goat or by a hunter looking to shoot a goat. 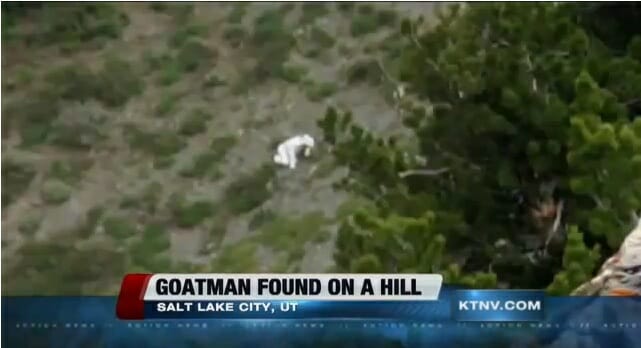 Turns out, maybe the goats were the ones who should have been worried.

A 57-year-old hunter from Southern California contacted Douglass to tell him that he was the Goat Man. (He did not want his name released to the media.) He was practicing getting close to goats to prepare for an archery hunt in Canada the following year, according to the Standard-Examiner.

The hunter also supplied Douglass with the secrets of his goat garb — it was cobbled together from a white, hooded painters uniform and adorned with fleece for a furry look. Douglass was satisfied that the man was an experienced hunter who understood the risks he was taking, although he told the Los Angeles Times, “I still have some reservations about people putting goat suits on when there are guys with rifles out there, but he says he will be hunting in a remote spot in Canada.”

At least one man was a bit sad to know the story behind the Goat Man. The photographer who first spotted the mysterious man-beast wrote in an email to the Standard-Examiner that, “I thought I wanted answers, but I was naive. I should have left well enough alone. Now I just want the mystery back.”