The Carrot Seed: On Planting a Garden With My Daughter

On Father’s Day, millions of us who are acutely aware of our shortcomings as parents will receive cards proclaiming each of us that we’re “the greatest Dad ever.” If our smiles seem pasted on, it’s because we’re trying not to wince. We’re doing our best. We just didn’t get the manual. So we revert to […] 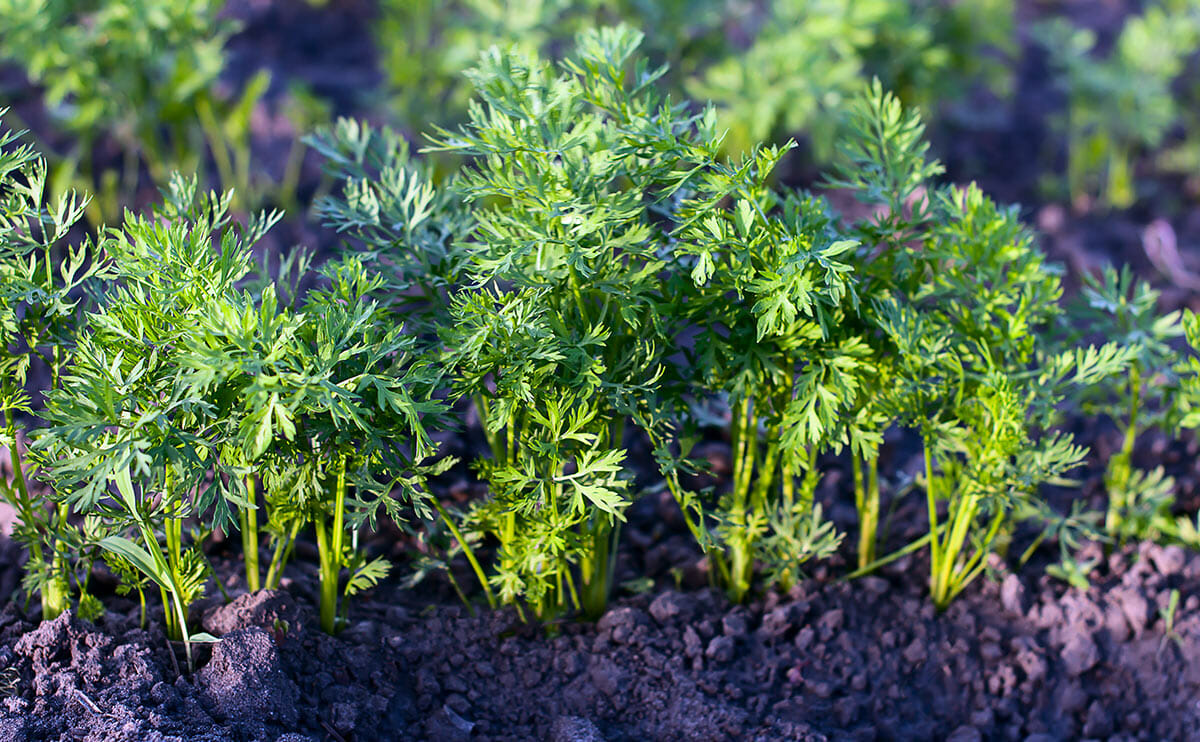 On Father’s Day, millions of us who are acutely aware of our shortcomings as parents will receive cards proclaiming each of us that we’re “the greatest Dad ever.” If our smiles seem pasted on, it’s because we’re trying not to wince. We’re doing our best. We just didn’t get the manual. So we revert to our default settings, which are the ones our fathers had.

Like virtually all parents, I want to encourage Emma, my 13-year-old, to spend more time outdoors. I’d like to start by taking a hammer to her phone, iPod and computer, but I know this isn’t the best way. For one thing, the warranties don’t cover enraged fathers. Instead, having recently taken up vegetable gardening for a book I was writing on closing the distance between me and my food, I decided to expose Emma to small-scale agriculture. She didn’t have to like it, but at least I’d have done due diligence as a dad.

As a child of the suburbs, I knew zilch about gardening. But I had once grown some killer marijuana 15 years ago and mistakenly believed I might have a green thumb. The first thing, a friend advised, was to rototill some garden beds. The one I rented could have easily torn up the sidewalk and, mesmerized by its power, I created five beds instead of the two I’d planned. I ended up renting the thing two more times: once to add lime to increase the soil’s pH – a concept that I still don’t fully understand – and again when a neighbor expressed shock that I hadn’t “amended” my soil.

We were just going to get the damn things in the ground. The rest was up to them.

Emma had been mildly curious about my rototilling sprees — it’s fun to hear your dad curse — and I hoped to capitalize on this. On one spring afternoon I called her over as I toiled in my garden. “Monkalula,” I announced, using her pet name, “it is time to plant the carrots.” I decided against burdening her with the joy-trampling exactitude of planting as instructed by the seed packets. (The seeds are all but invisible, must be sown between one-quarter inch and one-half inch deep, watered gently every 16 minutes, etc.). We were just going to get the damn things in the ground. The rest was up to them.

Using sticks, my daughter and I kneeled down and scratched furrows into the beds, then sprinkled in seeds. At least we tried to. Carrot seeds are so tiny that it’s hard to tell if you’ve got them in your hand or not. Once released, they’re become invisible against the soil. And they’re so insubstantial that you half fear they may be exempt from gravity entirely. Anyway, we quickly emptied two packets, then teased a thin layer of soil over the furrows with our fingers.

Emma, I’m happy to report, was enthusiastic about watering. I was about to warn her of the need to water gently when she buried her thumb in the nozzle and blasted the furrows with such ferocity that I flashed on the water cannon knocking down 1960s civil rights marchers in Alabama. My daughter was undoubtedly launching seeds into the next yard. One of my worst faults as a father is my tendency to over-instruct. Maybe I was still reacting to the overly precise instructions on the seed packet. Whatever it was, I resisted the urge to rein in Emma’s watering. Instead I just smiled approvingly, waited for her to finish, and said “Good job. They’re nice and wet now.” The great thing, I decided, was that my daughter and I had just planted something together. Anything that actually survived was gravy.

The damnedest thing happened to not a few of my carrots: They sprouted. I noticed them on a June afternoon while mowing the lawn. Letting the mower stall, I fell to the ground to marvel at them. My daughter was up in the dogwood tree out front, her favorite perch. “Em!” I hollered. “C’m’ere!”

The great thing, I decided, was that my daughter and I had just planted something together. Anything that actually survived was gravy.

“What?” she replied, in what I realized was becoming her default tone. It bespoke irritation at having her play interrupted and the suspicion that whatever I had to say would not be good. It pained me to realize that I was largely responsible for that tone. How often, I asked myself, had I summoned her to praise her, to invite her to do something she wanted to do with her Dad or to give her a surprise? Not very. I was far more likely to tell her to start her homework, clean up her room or get ready for school. A pang of guilt hit me. I vowed to spend more time enjoying this curious, big-hearted, spirited child, and less time trying to bend her to my will.

“You’re not in trouble,” I called. “Your carrots came up!” My excitement somehow translated, for she came running.

“Look,” I said, pointing. She flopped down beside me for a closer look. The foliage was all of an inch long, but unmistakable. At my daughter’s sharp intake of breath, my heart leapt. All was not lost. There was yet time for me to change course, be more of a loving father and less of the hairy thunderer who pointed out her failures.

“We should water them!” she said. I agreed, handed her the hose and watched as she applied her thumb as before. She blasted the seedlings, then turned the house on the air conditioning unit, the cement walkway, and finally on the bricks of the house itself. She was giggling, playing with a hose on a hot day as only a child can. For once, I let her waste all the water she wanted. I stood there, feeling blessed that I still had a chance to pull this fatherhood thing out of the fire, blessed at the gift of getting to see the unalloyed delight on my child’s face as she watered the bricks.

Bill Heavey is editor-at-large for Field & Stream magazine, and the author of It’s Only Slow Food Until You Try to Eat It: Misadventures of a Suburban Hunter-Gatherer.