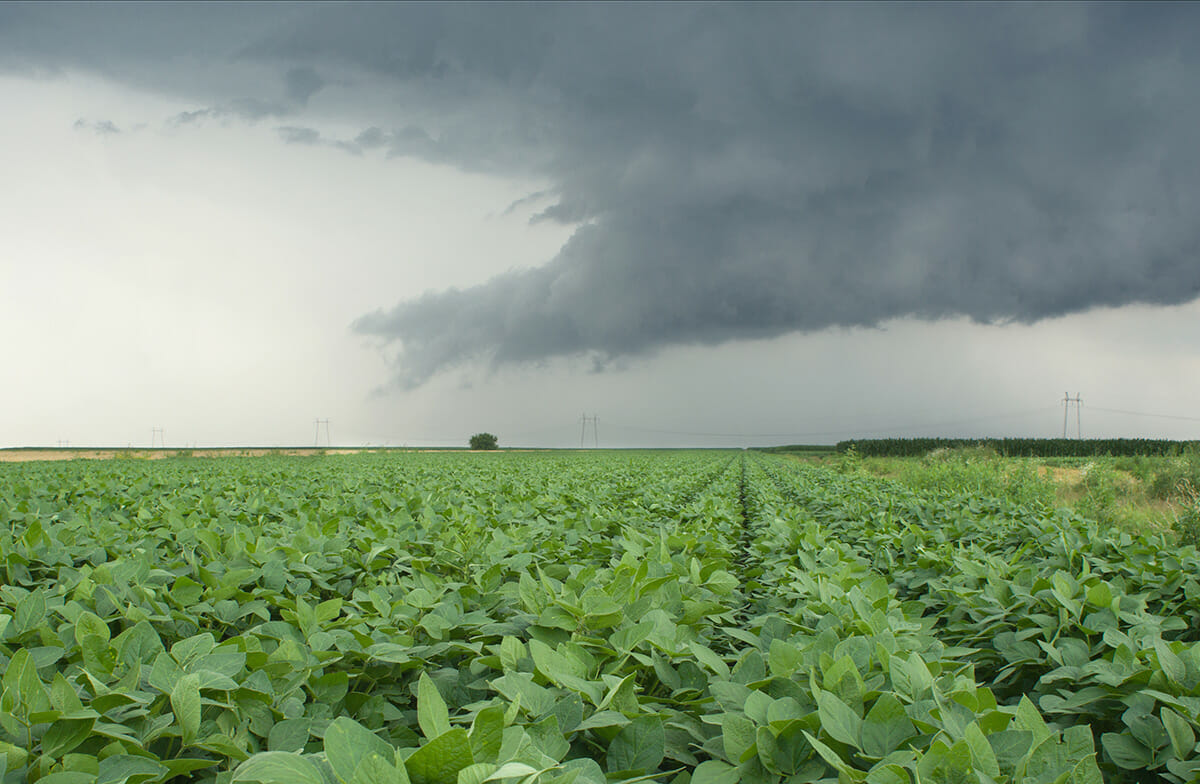 The Supreme Court handed down a unanimous ruling for Monsanto today in its case against Indiana soybean farmer Vernon Hugh Bowman. The trial centered on a batch of mixed seeds Bowman purchased from a grain elevator, including patented, Roundup-resistant Monsanto seeds. Farmers are supposed to pay Monsanto whenever they use its seeds, but Bowman skirted this obligation.

We called a sampling of farmers today, to get their reactions to the Court’s decision. Each one works in a different part of the U.S., with varied backgrounds and farming practices. Yet one thing unified everyone we spoke with — no one was terribly surprised by the ruling.

James Birch has been running his 25-acre organic farm, Flora Bella, in central California for over two decades. He grows seasonal produce to sell at farmers’ markets and to restaurants. Before he started his farm, he was a landscaper and he didn’t use pesticides and chemicals in his landscaping, so it just made sense not to use them in her farming practice either. And he is not a fan of Monsanto.

That said, he agrees with the court ruling.

“If a company develops a product, does the research, and puts the money into it as an investment, they deserve to see a return on that investment. I honestly believe that,” said Birch. Ultimately, the responsibility falls to the farmer, if they replant Monsanto products knowing what the company’s policy is, he says.

“The farmer must have been happy with it if they planted it again,” said Birch.

Mary Courtney is an unapologetic GMO cheerleader; she thinks genetic tinkering is necessary to feed the world’s ballooning population. Courtney says Monsanto has put a “tremendous amount of resources” into their GM seeds, and it’s only right to compensate them for it. “We’re buying those genetics to achieve desired results,” she said. “In my mind, (paying Monsanto) is the right thing to do.”

Much of the Courtney farm’s 200 acres is dedicated to soy, corn, and tobacco, but they also grow a mix of seasonal vegetables for sale through a CSA. Courtney thinks the world would be nicer if we could all eat unmodified, locally grown produce. “But that’s just not realistic,” she said.

Beth Rasgorchek farms seven tillable acres of organic nursery starts and seeds. She thinks Monsanto’s approach to agriculture is unsustainable and destructive, and they may have to face a serious battle in court. The Bowman case was not that battle.

“I remember when I first read the paperwork,” she said. “I thought to myself, ‘Why is this case in the Supreme Court?'”

Like Bowman’s contract with Monsanto, Rasgorchek signs regular contracts with her organic seed providers. She calls these agreements ‘sweet and thoughtful,’ a far cry from Monsanto’s tough compensation rules. Still, a contract is a contract.

“I’m sorry, I just really don’t think (Bowman) had much ground to stand on,” she said. “When you sign a contract, you agree to the terms.”

Aaron Howell, 34, says his family has been signing annual contracts with Monsanto for as long as he’s worked the farm. Howell Farms is more than 7,000 acres, mostly corn and soybeans, much of it grown from GM seeds. Howell thinks the Bowman case couldn’t be simpler.

“Monsanto provides a technology we need, and expects to be compensated for it,” he said. “(Bowman) knew the rules.”

Jim Gerritsen calls today’s ruling “not surprising, but disappointing.” Gerritsen, president of the Organic Seed Growers and Trade Association, is currently the lead plaintiff in another legal battle against Monsanto, challenging the validity of the company’s seed patents.

Gerritsen is concerned about the Bowman case’s ramifications. “The Supreme Court justices are not farmers,” he said. “I don’t think they understand the ramifications of their ruling.” He thinks it’s unfair to expect farmers to police their own seed-buying, when Monsanto seeds are sometimes mixed in with many others.

“If Monsanto wants their patent rights enforced, their seeds need to be kept segregated,” he said. “I buy commodity crops as inexpensive cover crops. I don’t want to be constrained just because there may be Monsanto seeds in there.”

Andy Wright contributed to this story.