Are Rabbits the New Super Meat?

By all appearances, rabbit could be the food of the future. 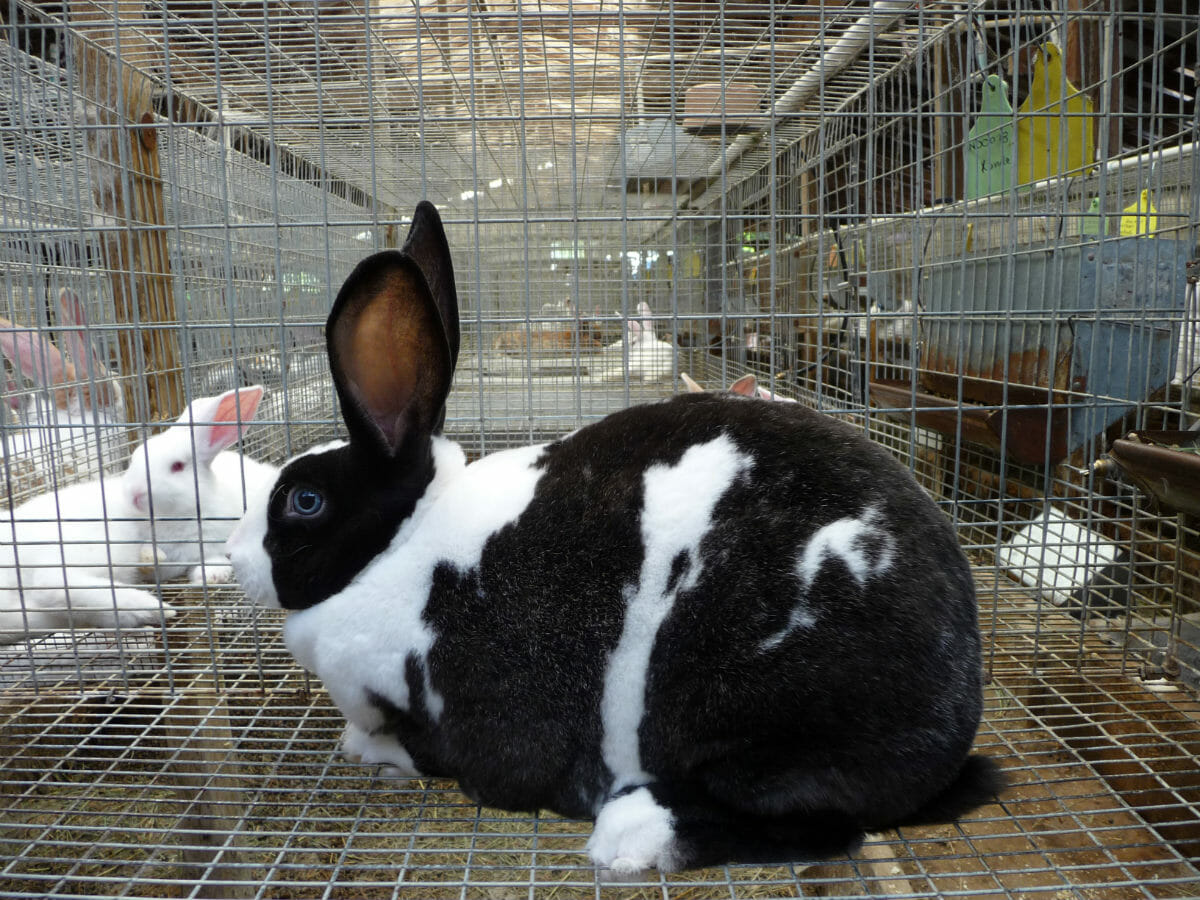 By all appearances, rabbit could be the food of the future. Touted for years by food activists including Michael Pollan, these fluffy herbivores eat alfalfa instead of energy-intensive soy or fish meal, grow quickly and thrive in clean, disease-free conditions. Plus, while their reproductive prowess may be clichéd, California farmer Mark Pasternak and his wife Myriam can’t build rabbit barns fast enough to keep up with demand.

Three years ago the couple’s Marin-area Devil’s Gulch Ranch had 250 breeding females, or does, a number that has since quadrupled to 1,000 and makes them one of the largest meat rabbit producers in the United States. At any one time, they have 9,000 rabbits, with 300 to 500 slaughtered every week for regional grocery stores and restaurants, including French Laundry, Chez Panisse, and Zuni Café. A single doe will have multiple litters every year, and those litters will reach breeding age within months; that means a rabbit can produce six pounds of meat on the same amount of feed and water it takes a cow to produce just one pound.

In Pasternak’s opinion, European and European-trained chefs who are accustomed to cooking with rabbit are increasingly fuelling demand for the meat, which has a flavor and texture reminiscent of chicken. “When these chefs came over here, a lot of them were disappointed they couldn’t find good quality rabbit,” he says. “Every day I’m getting calls from new restaurants looking for it.”

He’s also seen a rekindled interest from people who want to raise rabbits in their backyards. “On a small scale they’re probably the easiest animal to raise, and they’re easy to process. You don’t have to pluck them, they’re easy to kill, and you can pretty much eat all of them.”

Camas Davis, founder of Oregon’s Portland Meat Collective, says she has been surprised at rising interest in eating rabbits, so much so that she introduced a rabbit slaughter and butchery class in 2011. In that class, which is $145 and run every few months, students learn how to raise, kill and butcher their own animals.

Because it is still considered a boutique product, pre-processed rabbit meat can be prohibitively expensive, says Davis, so consumers are increasingly turning to rabbit farming as an alternative. That said, the slaughter leaves some a little shaken. “Our students are usually killing an animal for the first time, so there’s a good amount of adrenaline,” says Davis, “and unfortunately the first time it doesn’t always go perfectly.”

Like all prospects of panacea, there’s a catch: farmers have yet to figure out a way to produce rabbits on an industrial scale, which means that getting them into grocery stores, whether consumers want them or not, remains problematic.

“Throughout the United States there’s more demand than supply, because rabbits are hard to produce commercially,” says Pasternak, which he attributes to their weak immune systems and propensity to die or eat their young after being startled. The fact that rabbits require a gentler environment than a factory farm can offer means the market largely relies on family-run operations like his own. “Mother Nature designed them at the low end of the food chain so they die easily. That’s problematic.”

The result? This food of the future may have to wait.

Cut the rabbit into eight pieces by removing the legs and splitting the saddle in half. Season the rabbit with salt. Toast the allspice berries in a dry skillet and grind them coarsely with a spice grinder or with a mortar and pestle. Rub the allspice onto the rabbit with the black pepper. Place the meat into a flat-sided non-reactive container and top with the herbs and bay leaves. Cover with another container and weigh it down. Refrigerate overnight.

The following day, transfer the rabbit into a clean pan, brushing the herbs and loose spices from the meat. The pan should be just big enough to contain the rabbit, with sides that are deep enough to allow it to be covered with fat. Heat the duck fat to 180º and pour it over the rabbit, make sure that it comes just to the top of the rabbit. Cover tightly and place into an oven preheated to 250º. Check the rabbit after one hour, it should not be bubbling rapidly. Check the rabbit every hour after to make sure that it does not get too hot. It is done when the meat pulls from the bone easily (about 3-4 hours). Remove the meat from the fat with a slotted spoon and pick the meat from the bone. Shred the meat with your hands and, in a mixing bowl, add in enough fat to get a creamy texture. Pack into sterilized jars and cover with a thin layer of fat.

(Correction: A previous version of this story stated that Devil’s Gulch Ranch is in Sonoma. It is located in Marin.)

Um definition of commercial production? There are certainly highly commercial producers in Europe, the difficulty is the marketing of Peter Rabbit to consumers who grew up in a culture of rabbits as pets. Also, I’ve seen more than one wanna be commercial rabbitry which was filthy and stunk of urine so no wonder they failed. Rabbits have been touted as an easy product before and people jumped on the bandwagon thinking they were going to get rich quick with very little work, rabbits won’t fill that desire any more than any other enterprise. The only way to get rich quick… Read more »

Looking for information on companies that buy rabbits on the hoof and process in my area Dade City Florida or methods of shipping to such processors etc.

Unfortunately the only buyer in my region (Western Washington) doesn’t pay well. So if anyone wants fryers I have them!