Last night, a fire at a fertilizer plant near Waco, Texas exploded as firefighters worked, flattening the town and killing an unknown number of people. Onlookers described the plume as like a mushroom cloud; the blast was felt 40 miles away. How did this happen? Why a fertilizer plant? What kind of safety precautions exist to prevent such disasters? We attempt to explain. 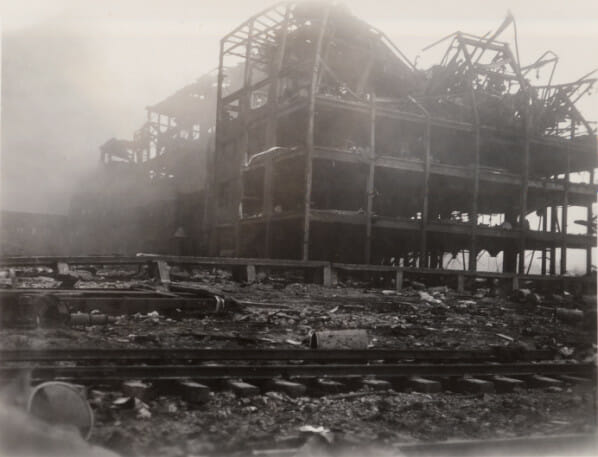 (UPDATE: A 14-member team of the United States Chemical Safety Board has arrived in West, Texas, and will begin to investigate what exactly went wrong.)

What is ammonium nitrate and why is it in fertilizer?

The explosive chemicals at the West, Texas plant involved ammonium nitrate – the same chemical, it has been noted, that Timothy McVeigh used in the Oklahoma City bombing. As detailed in a 2005 piece from Slate, this combination was first used mixed (it’s just ammonia and nitric acid) in the 15th century.

The fertilizer is especially popular because it contains two kinds of nitrate, according to Garrison Sposito, Betty and Isaac Barshad Chair of Soil Science at the University of Berkeley, California. One form of the nitrate dissolves quickly and another dissolves slowly, providing a potent one-two-punch of nourishment for the plant.

Sposito called the ability to produce such a fertilizer “probably one of the most significant things that has happened to agriculture in the 20th century.”

But the innovation is not without its drawbacks, as we saw yesterday – although the possibility of a catastrophe is not the only consequence. “People in my business have been focusing on the aftermath,” says Sposito. “What happens is more fertilizer than is needed gets used and so the remainder ends up leaching or running into the waters and now the water is polluted. More people have focused on that then on the other question, which is how safe is this to use.”

What is the history of fertilizer explosions?

Risks to individuals using ammonium nitrate fertilizers are very low but there is a long history of fertilizer plant problems: globally, the Washington Post counts 17 incidents since 1921. In fact, this week is the anniversary of one of the country’s most deadly explosions, the Texas City disaster. On April 16, 1947, a French tanker carrying ammonium nitrate (made in America’s heartland) caught fire in the busy shipping port. Onlookers gathered around the fire, which then exploded, setting off a series of explosions in other boats also carrying the chemical compound. The nearby Monsanto Chemical Company plant also burned. The fires raged for days and over 600 people died. A New York Times story from the time quotes a Houston Chronicle reporter saying “bodies were tossed about like playing cards.”

The culprit for the initial fire? Many suspect a cigarette.

But while what is billed as “America’s deadliest industrial disaster” is fertilizer-related, it’s by no means the only time the need for ammonium nitrate products have blown up in our face. As Businessweek notes, the West, TX tragedy is reminiscent of an incident in France in 2001, where 31 people died and more than 2,000 were injured. Like West, the plant was in close proximity of people’s homes. But fertilizer explosions can happen in transit, also: in only the last ten years, Businessweek found trucking instances killed 57 people in Mexico, Romania, and Spain and a train in North Korea is believed to have caused 161 deaths.

What is the regulation around ammonium nitrate fertilizers?

Most of the regulations in place around this compound have to do with its popularity with bombmakers. In addition to Oklahoma City, the 2002 Bali nightclub bombings were done with ammonium nitrate. Australia passed a law in 2005 making people apply for licenses to buy this kind of fertilizer and currently in the U.S., four states have security rules about who can buy the stuff. In 2007, Congress held a hearing on the dangerous nature of ammonium nitrate, noting that countries with long histories of terrorism including Ireland had banned it entirely.

What do we know about ammonium nitrate as a hazard?

According to Gretchen Mosher, assistant professor of agriculture and biosystems engineering at Iowa State, it’s a widely-used, well-known hazardous compound with two main issues: the stability of the chemicals when they are held and the possibility for dust explosions. “They are somewhat volatile at different temperatures,” she said, “They may start themselves on fire.” As to the dust, Mosher said that she wasn’t sure if that was a relevant issue in this case (it should be noted that Mosher issued this caveat throughout) but the dust is both combustible and dangerous to humans when inhaled. (Hence, worries last night about the gas impacting West, TX residents and rescue workers.)

The widescale use of ammonium nitrate means that accidents happen more often with it than other chemicals but Mosher said that proper training for both small farmers and large-scale factory workers is an issue. “We don’t always make good use of the knowledge we have. We don’t always implement the right procedures, don’t do a good job of training our workers, particularly in agriculture, where we have a lot of smaller operations,” she said, “It’s equally dangerous, I would argue, in small as well as large amounts, depending on how its held and cared for.”

Sposito surmised that there was not much danger from fires and explosions as a result of ammonium nitrate being stored on farms. For one thing, he said he didn’t think the fertilizer would be stored in quantities large enough to produce an accident on scale of that in Texas. For another, the fertilizer loses its potency the longer it is exposed the elements, such as moisture in the air, so it is distributed quickly, decreasing the time large amounts of it are stored together.

The main danger to farmers, Sposito said, would be in the use of ammonia gas. The process by which the fertilizer is made is using high temperature and pressure to convert the nitrogen in the air into ammonia gas and from there you can make other fertilizer, but some people simply use the gas. The gas, which is highly corrosive, is used in irrigation farming, as it distributes the chemicals directly into the water, saving time and labor. Sposito’s own father was a citrus farmer in Orange County, CA in the 1950s and was exposed to ammonia gas, which corroded his corneas.

Fertilizer is usually “no more hazardous than any other chemical,” says Sposito, but guesses that the accident in Texas might be the result of “gas explosions, under fire probably.” 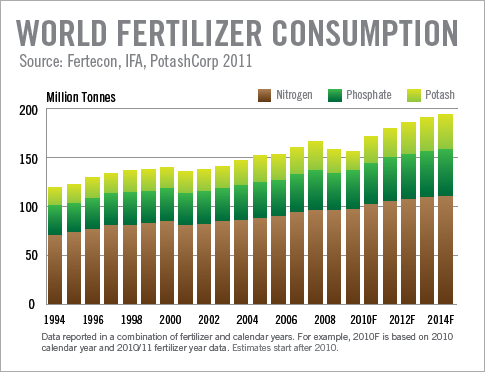 How common is U.S.-made fertilizer?

According to the Washington Post, the US has a $10 billion dollar fertilizer industry: we imported $13 billion worth and shipped out $4.5 billion in 2011. Natural gas figures large in the recent growth of fertilizer-making in this country: as fracking has taken hold, fertilizer makers are using nitrogen from that process in production. As Tom Philpott at Mother Jones noted, it’s not just that high energy (and crop) prices have made this a booming business: the U.S. government subsidizes much of this production through loans and tax incentives. (It doesn’t hurt that corn takes huge amounts of synthetic fertilizer.)

This growth in U.S. fertilizer production means more plants, of course. According to the Guardian’s excellent Datablog, there are plants in almost every state (44, in total) with around half serving up nitrogen.

Is it bad that we still use ammonium nitrate fertilizer?

That really depends on who you ask. Slate’s Brendan Koerner made the case, in 2005, that it is popular for good reason – it is cheap and effective.

Synthetic fertilizers are a fraught issue – many decry their impact on the environment. But they are used for a very simple reason: they’re an incredibly effective way of delivering nutrients to plants.

The United States Chemical Safety Board is currently en route to begin their investigation of the incident. According to Mosher, the procedure for the U.S.C.S.B. is a lot like that of the FAA after a plane crash – they create an “incident or accident report” detailing as much forensic information as possible on the plant’s conditions before and after the fire and explosion. “They don’t always like to use the word ‘accident’ – it implies guilt and that’s not always the case,” she said. (Calls to the government body about their investigative process have not yet been returned. In fact, at least one press representative’s cell phone voicemail box is full.)

Although it’s still too soon to say what happened in Texas – what kind of safeguards failed – reporters have already been digging into West Fertilizer Company’s records. The Dallas Morning News reports that the company was cited in 2006 for failing to obtain a permit for the plant but stated that there was no possibility of an explosion. That report said that the worst scenario would be “a 10-minute release of ammonia gas that would kill or injure no one.” The New York Times dug up OSHA reports that showed that the plant hadn’t been inspected since 1985, but five violations deemed “serious” were found. The fine was $30.