In Zimbabwe, farmers and beekeepers are divided over how to handle an invasive plant choking out farmland and livestock pastures. 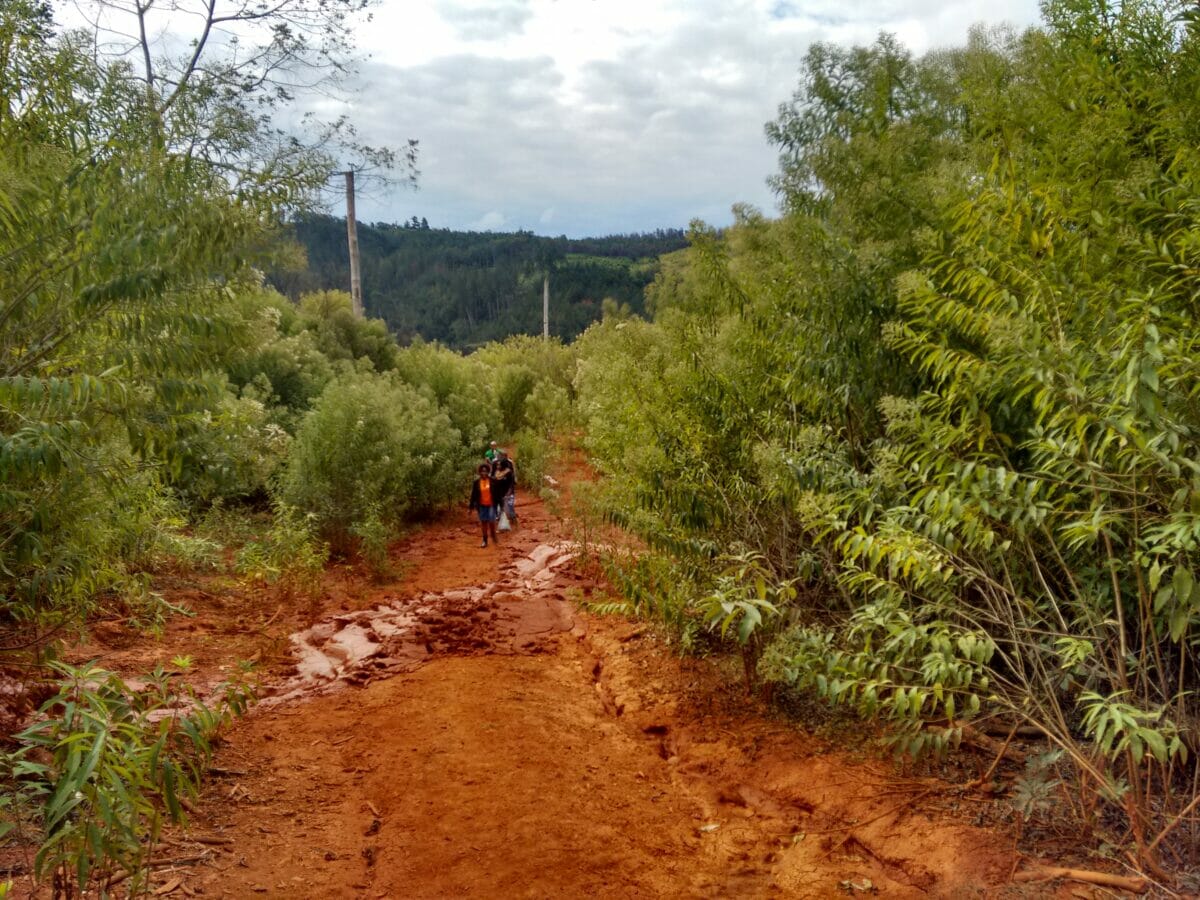 As climate change pushes plant species to new areas, an invasive plant—vernonanthura polyanthes, commonly known as Bee plant—is aggressively invading Zimbabwe’s once pristine Eastern Highlands, clogging fertile croplands and livestock pastures. Farmers want the plant gone; beekeepers are celebrating the honey it produces. Neither side wants to budge. With up to 70 percent of Zimbabwe’s population working in agriculture and more than 50,000 people directly involved in beekeeping, the fight over this tall, dense plant is coming to a head.

“This plant is bad news; it’s a menace. It’s taking over fertile farmlands,” says Leonard Madanhire, a maize farmer with a 12-acre piece of land in a small farming community in the country’s Eastern Highlands, a region straddling the Zimbabwe-Mozambique border. It has prolonged rainy seasons and fertile soils, making it perfect for both livestock and orchard and row crops. From Zimbabwe’s Nyanga district in the north to Chipinge district down south, the Eastern Highlands is known for vast rich farmlands broken by lush exotic timber plantations.

The Bee plant was first spotted in eastern Zimbabwe after Cyclone Eline, which ravaged Zimbabwe and Mozambique, two decades ago. Since then, the Bee plant has invaded thousands of hectares of land, nearly taking over prime croplands, grazing lands and wildlife parks along the country’s eastern border area.

Experts say the Bee plant was introduced in neighbouring Mozambique’s Sussundenga district by beekeepers to boost honey production during the winter months. Since the plant blooms in the winter, when most other foliage sheds its leaves, it provides a food source to bees when there are few or no flowers from other plants.

But small-scale crop and livestock farmers in the area are at their wits’ end as the invasive Bee plant chokes out their land. Farmers in areas such as Vumba, Burma Valley, Chimanimani and Chipinge have tried to use machetes and axes to clear the plant with little or no success.

“Farmers don’t even know what to do with the plant. I think experts should come up with chemicals to destroy it. Yes, we hear the plant is good for honeybees, but we can’t all eat honey only,” says Madanhire.

Farmers in the region acknowledge the importance of bees for pollination. But beekeepers and farmers remain oceans apart regarding what should be done to control the invasive plant.

Farmers and environmentalists are lobbying the government to help to eradicate the plant, as it outcompetes native species and can be a threat to crop fields, timber plantations, tea farms, orchards and tourism resorts in the Eastern Highlands. 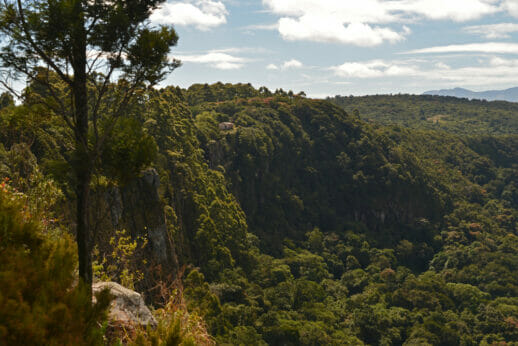 The Eastern Highlands of Zimbabwe. Photography by Shutterstock.

Amid deafening calls by farmers and environmentalists to totally eradicate the Bee plant from the Eastern Highlands, Ishmael Sithole, a beekeeper in Zimbabwe’s Manicaland province, instead blames some farmers in the region for poor farming practices.

Sithole, who also chairs the Manicaland Apiculture Association, a group of beekeepers in the province, suggests that farmers should not leave croplands idle for two or more years. “Oftentimes, it’s those [farmers] who are not practicing good agricultural practices who complain about invasion,” he says.

Because much of the region is covered in  deciduous forests, bees are at risk of starving over winter. But the Bee plant is a prolific winter bloom, so Sithole says it offers bees a much-needed source of winter food. “This then translates into a massive August-September honey flow,” says Sithole.

Sithole says honey from Bee plant flowers is much sought-after as the honey is monofloral, made from just one type of flower. As monofloral honey is more difficult to obtain than polyfloral honey, beekeepers can charge higher prices for it. Sithole says the honey has no strong or offensive smell, usually has a low moisture content, thereby posing least risk for fermentation, has a clear hue and does not stain bread and salads. “The honey does not quickly crystallize in combs after harvesting and when jarred. It poses little extraction challenges,” he says. 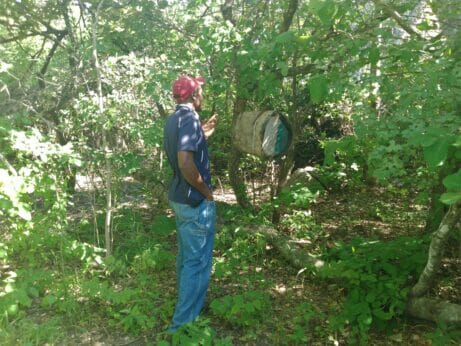 Bart Wursten, a botanist and principal contributor to the Zimbabwe Flora and sister websites, says the “slash and burn agriculture” practices on the Mozambique side of the border gave the plant ample opportunity to spread rapidly. He says that, although it is probably true that more stable forested habitats will give the Bee plant less chance to dominate, surrounding edges and secondary habitats will have serious infestations.

“These infestations are far more susceptible to fires, and these fires can then damage more of the stable habitats where vernonanthura will then invade and progress its cycle of invasion deeper and deeper into the indigenous habitats,” he says.

Christopher Chapano, a botanical scientist and head of Zimbabwe’s National Herbarium and Botanic Garden, adds that it is believed that the Bee plant found its way to Zimbabwe after Cyclone Eline where areas of the vegetation were left bare and gave this plant an advantage to colonize these open niches.

But, he says there are methods of controlling the plant. “I have seen some people uprooting the plant because of its shallow rooting system. Others just cut the stems above the ground surface. The use of herbicides suitable for controlling this plant has to be tested to come up with the right chemical control for use by the farmers,” says Chapano.

For now, however, farmers and beekeepers remain locked in the battle over vernonanthura polyanthes, and neither side is ready to back down.

Does the Bee Plant have any value as forage? Can it be grazed by goats, sheep or other livestock? If so, grazing would be a great alternative to herbicide to keep the plant in check.

Zimbabwe has enough problem producing enough food to feed itself. Honey should be secondary.