Millet is Having a Moment. Is the Ancient Grain Ready for a Resurgence? - Modern Farmer
Plants

Millet is Having a Moment. Is the Ancient Grain Ready for a Resurgence?

The United Nations has named 2023 the Year of Millets. The drought-tolerant cereal crop is being touted as an important food source in the face of climate change. 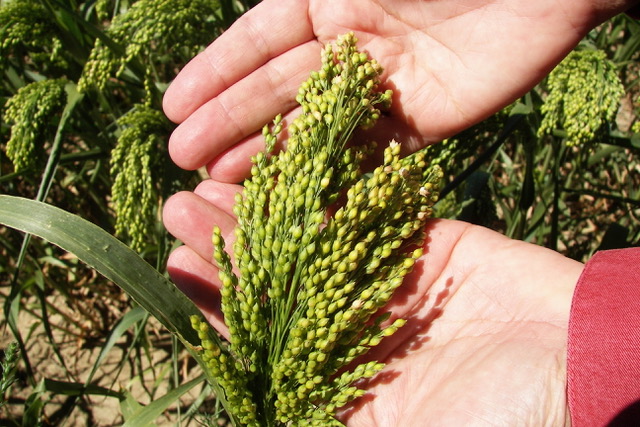 The UN’s Food and Agriculture Organization (FAO) has declared 2023 the international year of millets, praising the grain’s ability to grow in arid soil with minimal inputs. For many farmers, 2023 could be the year they first meet millet. But Jean Hediger is wondering what took everyone else so long to catch up. Hediger has been celebrating the crop on her Nunn, CO farm ever since she began growing it more than two decades ago.

“Lots of the farmers here, they joke and call me the queen of millet,” she says. “We’re very enthusiastic about millets for a lot of reasons, but how can you not be? You look at it sideways and the crop just wants to grow.” 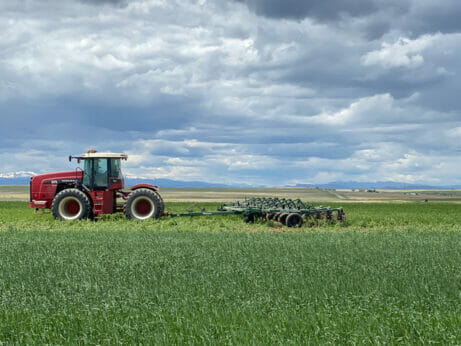 On the high plains of her farm, Golden Prairie, this water-efficient whole grain has consistently produced a harvest since the family mixed it into a crop rotation with their hard red winter wheat. The demand for it began to shoot up over the years, Hediger says, largely in part to the emergence of the gluten-free and celiac diet, as millet doesn’t contain gluten.

But now with drought and water shortages becoming more prevalent across the country, Hediger says her phone has been ringing off the hook as more growers are looking for ways they can grow a crop and use less water. As Hediger’s land typically receives less than 15 inches of rain each year, she’s very familiar with millet’s ability to grow in parched conditions.

Hediger grows Proso millet, one of the most commonly grown varieties, which produces a seed within 60 to 90 days. Proso, also known as common millet, could become even more common, as Hediger anticipates the UN’s platform will give rise to its popularity even more.

“In America, our idea of a grain is Uncle Ben’s white rice,” she says. “I see this being a critical moment to educate people.”

Although millet is not as well known as other cereal crops such as wheat and rice, it’s considered to be an ancient crop, first cultivated in Asia more than 4,000 years ago. It continues to be a staple crop in the continent’s semi-arid regions, and it is grown and consumed widely in India, Mali, Niger and Nigeria. In the U.S., the crop has been adopted in eastern Colorado, western Nebraska and North and South Dakota.

Increasing millet’s prevalence in global diets by 10 percent would result in strong co-beneﬁts between increased nutrient supply and reduced environmental impacts, according to a 2021 study published in​​ Environmental Research Letters.

Kelly LeBlanc, director of nutrition at the non-profit Oldways Whole Grains Council, says millet’s drought tolerance is due to the fact that it’s a C4 cereal, meaning it produces a “4-carbon” compound. This allows it to be more water-efficient, by retaining more water vapor in photosynthesis.

“The year of millets is significant, because it will raise awareness of these underutilized whole grains,” says LeBlanc. “We hope to see the interest in millets grow.”

There are many different types of millets, and some may be better suited to certain regions than others. According to the National Research Council, finger millet is best for upland and humid areas, while pearl millet does better in dry areas, as it can withstand heat and low moisture.

LeBlanc also points to the crop’s nutritional value: A 45-gram serving of millet has about five grams of protein and four grams of fiber, and it is a good source of nutrients such as magnesium, phosphorus, thiamin, niacin, vitamin B6 and folate. Some finger millet varieties also have high levels of methionine, which is an essential amino acid that is often lacking in starch-based diets. 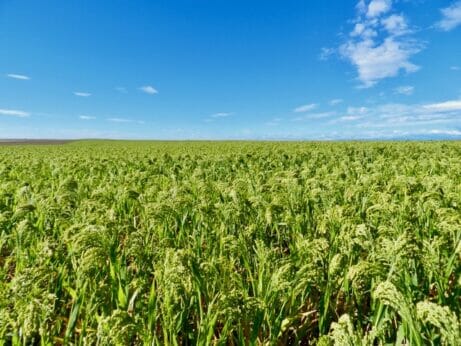 It’s described as having a nutty flavor, with a creamy, slightly chewy texture. Hediger has an entire guide on her farm’s website providing recipe inspiration for those unsure about how to cook with it. The easiest way to think about it is a rice substitute, she says.

Hediger, who notes her state of Colorado accounts for 60 percent of organic millet production, believes millet is due for a comeback. Deciding to adopt the crop into her farm model continues to be one of the best decisions she’s made.

So good to read about farmers who have adapted years ago to growing crops suitable for the climate change we are experiencing and is far more nutritious.

Had a farmer in South Dakota tell me that if he got an inch of rain he had a crop. I raise it in Northern Wisconsin as forage instead of Sorghum Sudan grass. Never combined it, but you can always count on it.

Popular
7 Smokable Plants You Can Grow That Aren’t MarijuanaBrian Barth
Agricultural Runoff Pollutes Well Water, a ‘Public Health Crisis In the Making’Madison McVan, Investigate Midwest
The Fertilizer Shortage Will Persist in 2023Shea Swenson
Move Over, Mezcal. A Sustainable Tequila Alternative Is Taking Over.Hollie Stephens
Why Don’t We Eat Turkey Eggs?Dan Nosowitz
Explore Modern Farmer
Related
Features, Food Security, Labor
The Rise of Virtual Farmers MarketsLeah Borts-Kuperman
Environment, Labor, Water
California Farms and Farmworkers Attempt to Recover From Record FloodsNaoki Nitta
MTMF, Plants
This Modern Farmer Wants You to Grow a New Potato StrainBevin Cohen
Food Security, Labor, news
A New Egg Co-operative Has Hatched in the Western U.S.Lindsay Campbell
wpDiscuz
We use cookies on our website to give you the most relevant experience by remembering your preferences and repeat visits. By clicking “Accept”, you consent to the use of ALL the cookies.
Cookie settings ACCEPT
Privacy & Cookies Policy