Farmers of Color Are Suing the US Government - Modern Farmer

Farmers of Color Are Suing the US Government

Congress pledged $4 billion to Black and minority farmers, but reversed its decision after public pressure. Now, those farmers are suing. 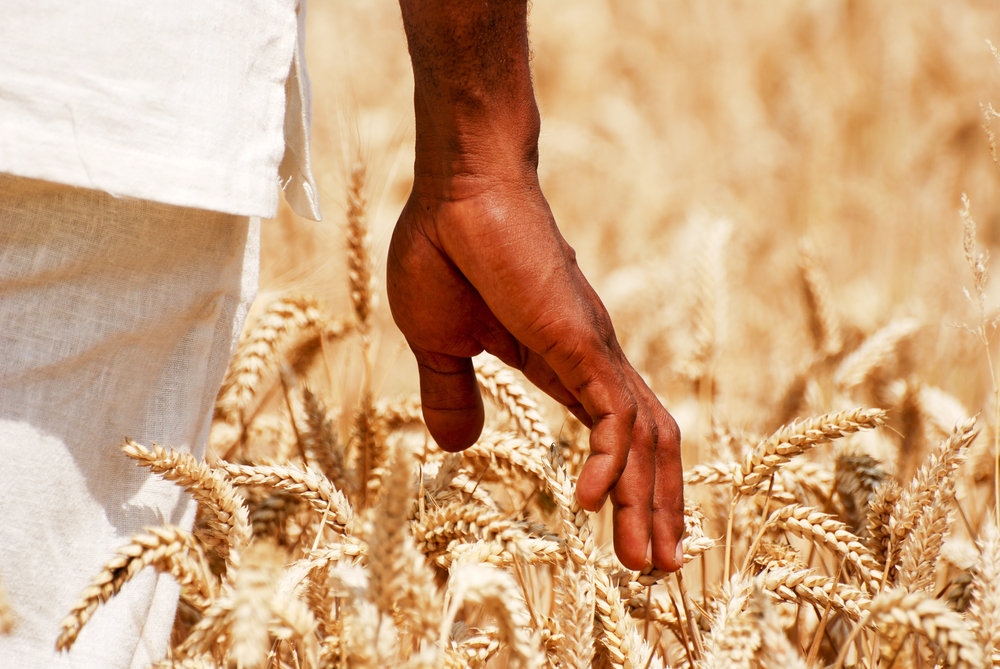 The US government doubled back on its pledge to allocate $4 billion in debt relief specifically to Black and minority farmers—originally a part of the 2021 American Rescue Plan Act—after the program received backlash from white farmers who claimed they were excluded from the relief based on racial discrimination. Now, farmers of color who were expecting payments are suing.

The debt relief, which Congress originally aimed towards “socially disadvantaged farmers (SDFs),” was considered a small step in repaying farmers of color for a long history of discrimination and disenfranchisement. Monetarily speaking, discrimination throughout the 20th century cost Black farmers $326 billion in land loss alone.

After the program was stalled by lawsuits from farmers who found it unfair, the provision was ultimately repealed. Now, instead of directing the debt relief specifically to SDFs—a definition that included Black, Native American, Hispanic and Asian farmers—the new language offers loan forgiveness based on economic need and not race.

However, in  an effort to avoid the courtroom, the government has landed in another class action lawsuit, this time on behalf of the National Black Farmers Association. According to the plaintiffs, including the association’s founder, John Boyd, the US breached a contract by going back on the arrangement to distribute the funds among socially disadvantaged farmers.

As a part of the original debt relief plan, the Agriculture Department’s Farm Service Agency sent letters to farmers that would have qualified for the loan forgiveness, assigning potential dollar amounts of debt that each farmer could expect to be covered. According to Roll Call, a few of the now-plaintiffs in the lawsuit borrowed extra money in light of the letters and are facing financial woes as a result of the relief never coming.

​​“They did not receive the benefit for which they had bargained,” says the complaint, which was filed in the U.S. Court of Federal Claims on Oct. 7. “They suffered financial damage in reliance on the U.S. government’s promises by making purchases they are now unable to afford.”

The lawsuit is filed as a class action, allowing for more farmers to join the case.

Looking forward to this Newsletter

Popular
7 Smokable Plants You Can Grow That Aren’t MarijuanaBrian Barth
Is Agroforestry the Key to Hardier Row Crops?Shea Swenson
Goat Sex: Everything You Wanted to Know But Were Afraid to AskAndrew Amelinckx
6 Differences Between Llamas and AlpacasAndrew Amelinckx
Why Don’t We Eat Turkey Eggs?Dan Nosowitz
Explore Modern Farmer
Related
Animals, Environment, Technology
Alaskan Salmon Face a Stream of New MinesBecki Robins
States Mull Limits on Foreign Ownership of FarmlandJohnathan Hettinger
As COP27 Comes to a Close, Agriculture Initiatives Are Top PriorityShea Swenson
Farmers of Color Are Suing the US GovernmentShea Swenson
wpDiscuz
We use cookies on our website to give you the most relevant experience by remembering your preferences and repeat visits. By clicking “Accept”, you consent to the use of ALL the cookies.
Cookie settings ACCEPT
Privacy & Cookies Policy