Cracking the Genetic Code of the Lychee - Modern Farmer
Plants

Cracking the Genetic Code of the Lychee

After mapping the genes of this short-season tropical fruit, researchers make a discovery that could lead to a future where it’s grown and harvested year-round. 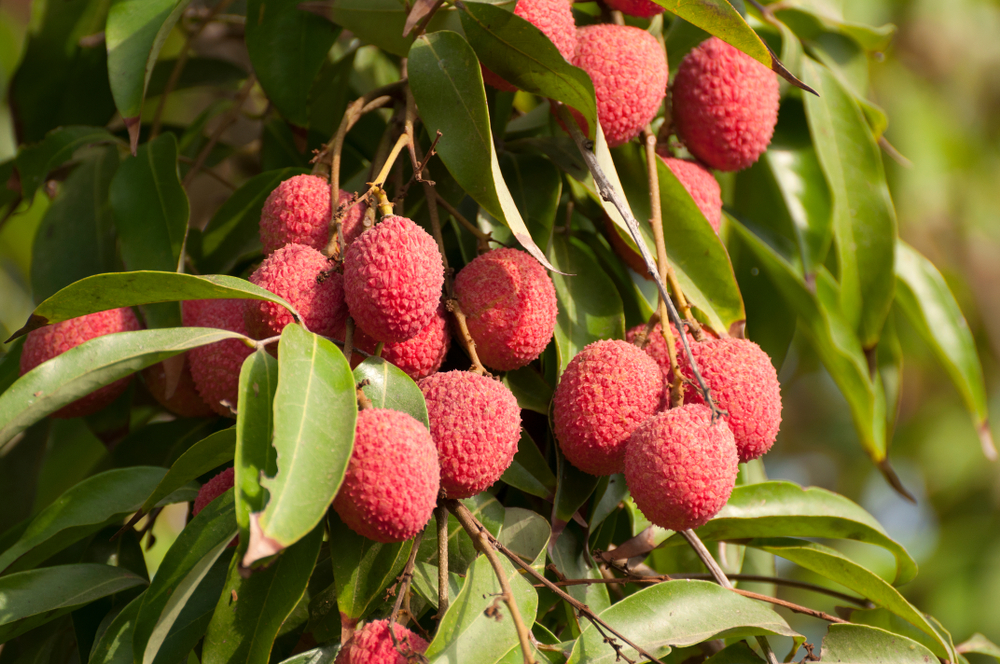 The lychee has long been a crop central to China’s agriculture identity.
Photography by pokku, Shutterstock.
Share
Tweet
Pin
Email

There’s more to a lychee than the sweet, delicate flavor of the flesh beneath its scaly pink-red skin. The tropical fruit also has a rich agricultural tale to tell.

While lychee is not widely grown in North America, it’s been a fixture in Chinese agriculture for more than 2,000 years. China remains the largest producer of the crop, with it being a central source of income for many farmers in the country’s southern region. The FAO estimates that the Asia-Pacific region is responsible for more than 95 percent of the world’s production of lychees.

A team of scientists has recently decoded the tropical fruit’s genetics and say their findings hint upon ways to improve and sustain the crop’s future production. The research, published this month in Nature Genetics, determined that the lychee’s agricultural origins stemmed from two separate domestication events in the Chinese provinces of Yunnan and Hainan. They reached that conclusion by using the popular Fei Zi Xiao lychee as their reference genome, comparing its genes to about 70 other wild and farmed lychee cultivars. This allowed the researchers to map out the lychee’s genetic evolution and trace its paths back to the first instances of it being farmed.

One key finding was a genetic deletion, or a missing chunk of DNA, near two genes associated with flowering. The mutation controls when and how long a lychee tree flowers. It explains the reason why the original Yunnan variety—which has the mutation—is an early flowering plant, while the Hainan variety—which doesn’t have it—is late flowering. A hybrid of both varieties, called the Fei Zi Xiao lychee, flowers early in June, but not as early as the original Yunnan lychees and not as late as the original Hainan variety.

Currently, most farmed lychees ripen during a short window, from early June to mid July. Once picked, the fruit only lasts around two to three days. But having the genetic information to better understand when the plant will flower, and then fruit, researchers say it could lead to different fruiting and harvesting possibilities in time to control time periods, extending that availability.

Why is this important? “This is a resource for the future of the lychee,” says Victor Albert, a University of Buffalo evolutionary biologist and senior author of the study. “To have its genome means that we can understand everything from the fruiting differences in the variety of lychees that exist, but we can also determine and find traits like tastes, fragrances, colors and pathogen resistance.”

The sequenced genome of the lychee, Albert explains, will be especially key to preserving the crop as part of China’s agriculture industry in the context of climate change. When and if temperatures shift, or when environmental stressors take their toll on agriculture, finding or breeding varieties with preferable genetic traits will be the tactic taken to preserve the plant’s future. He adds that the genetic information could also help relatives of the lychee, such as the maple tree, navigate agricultural or environmental challenges.

Next, the scientists want to sequence other genomes of those related species. The branch of researchers based in China also hopes to further research the study’s findings, observing how the mutation or lack thereof controls the plant’s flowering and fruiting time.

Wow!!!
Many thanks to the researchers and scientists.

That would be great if lychs could grow all year round

Related
Labor
American Agriculture’s Reliance on Foreign Workers SurgesShea Swenson
Future of Food, Plants
How More Than a Century of Antarctic Agriculture Is Helping Scientists Grow...Daniella McCahey
Plants
Goodyear Wants to Make Tires From DandelionsShea Swenson
Future of Food, Plants
Scientists Grow Plants in Moon Soil for the First TimeShea Swenson
wpDiscuz
We use cookies on our website to give you the most relevant experience by remembering your preferences and repeat visits. By clicking “Accept”, you consent to the use of ALL the cookies.
Cookie settings ACCEPT
Privacy & Cookies Policy