President Biden held a virtual roundtable to discuss his plan to improve competition and supply chain issues in meat production. 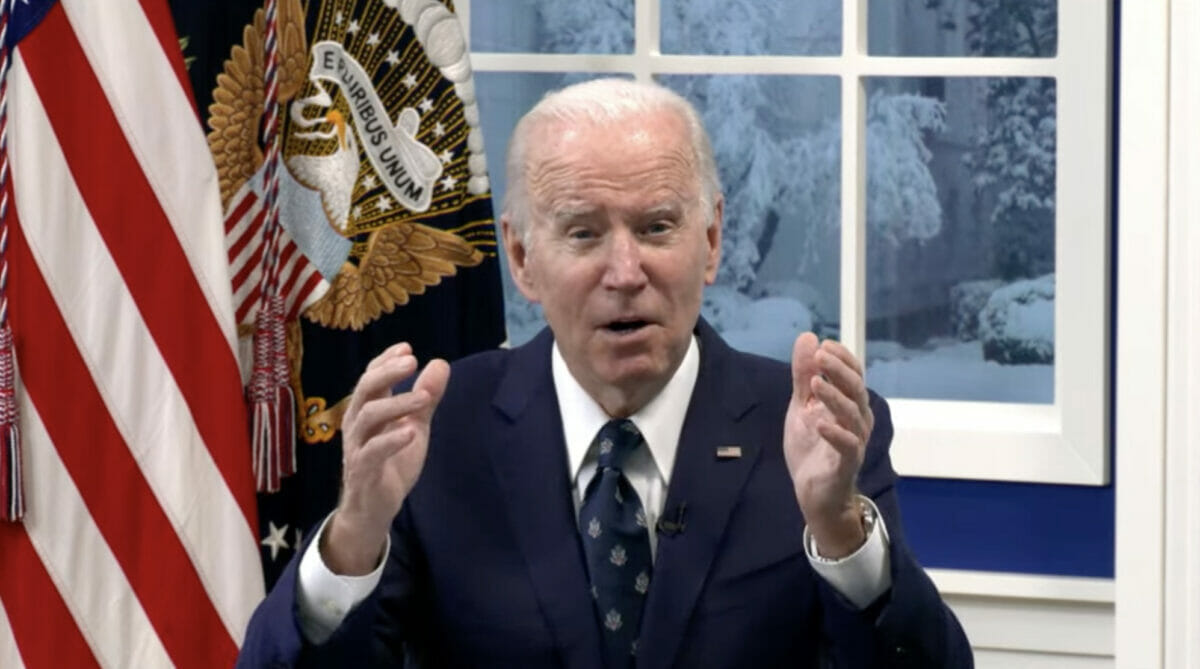 The federal government is dedicating $1 billion, from the American Rescue Plan Act, to expand independent meat production. President Joe Biden made the announcement today, along with Attorney General Merrick Garland and Secretary of Agriculture Tom Vilsack, launching the Biden-Harris Action Plan for a Fairer, More Competitive, and More Resilient Meat and Poultry Supply Chain. The plan is part of a wider effort to improve competition in the market.

In July, Biden issued an executive order that directed the USDA to look at competition and how to improve existing legislation, like the Packers and Stockyards Act. Following the order, the USDA requested comments and suggestions from producers, asking how to increase independent processing capacity and foster more competition in the meat industry. According to a White House news release, this action plan is the result of compiling and analyzing those suggestions. 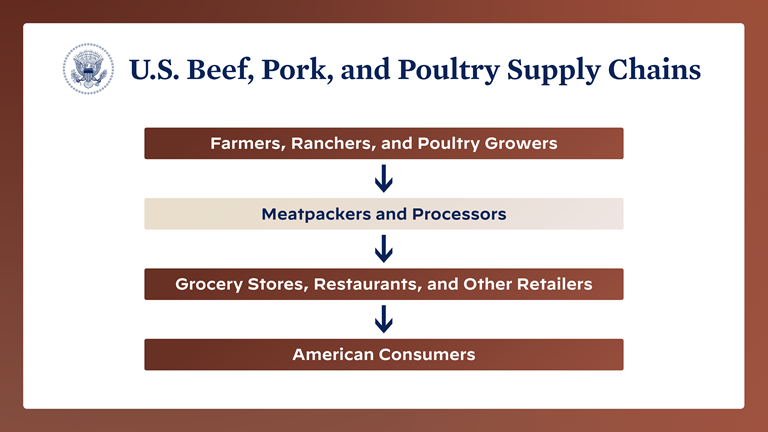 Beginning this spring, the administration will open up a request for proposals for independent producers looking for funding grants. The first phase will invest $150 million in projects with the “greatest near-term impact.” A second phase, opening in the summer, will free up another $225 million, according to the release.

The USDA will also deploy funds in the coming year, promising to make more credit available to producers in underserved communities, investing in workforce training and technology, and reducing overtime inspection costs.

The USDA and Department of Justice also announced a joint initiative, to launch within the month, that will create a streamlined reporting tool for violations of competition laws. This new portal will give farmers and ranchers a single dedicated channel to send complaints of unfair practices. 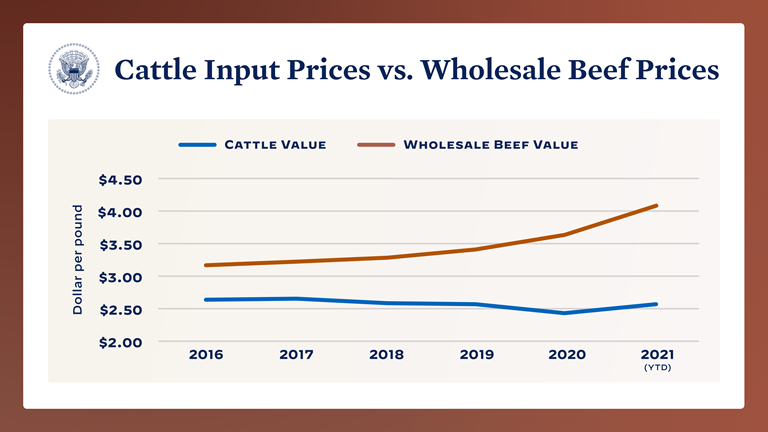 The administration is starting with a focus on meat production, as they note that processing plants influence the prices consumers are charged, as well as what farmers make. In the United States, four meat-packing companies control 85 percent of the beef market. In the pork industry, four firms control about 70 percent of the market, and in poultry, 54 percent. That can create clogs in the supply chain and make farmers reliant on specific packers, without the ability to negotiate prices.

The new action plan also comes on the heels of the highest jump in the country’s inflation rate in 40 years. US inflation rose to 6.8 percent in 2021, with noticeable increases in food and grain. President Biden’s approval rating also took a tumble; this action plan appears to be part of his effort to course-correct.

Popular
Is Agroforestry the Key to Hardier Row Crops?Shea Swenson
7 Smokable Plants You Can Grow That Aren’t MarijuanaBrian Barth
Goat Sex: Everything You Wanted to Know But Were Afraid to AskAndrew Amelinckx
Why Don’t We Eat Turkey Eggs?Dan Nosowitz
6 Differences Between Llamas and AlpacasAndrew Amelinckx
Explore Modern Farmer
Related
Environment, Food Waste, Labor, Meat
Is There Such Thing as Good Meat?Emily Baron Cadloff
Animals, Environment, Technology
Alaskan Salmon Face a Stream of New MinesBecki Robins
Labor, Politics
For Young Farmers, Land Access Will Make or Break the 2023 Farm...Emily Baron Cadloff
States Mull Limits on Foreign Ownership of FarmlandJohnathan Hettinger
wpDiscuz
We use cookies on our website to give you the most relevant experience by remembering your preferences and repeat visits. By clicking “Accept”, you consent to the use of ALL the cookies.
Cookie settings ACCEPT
Privacy & Cookies Policy