Why Don’t We Eat Turkey Tails?

One part of the bird never makes it to the Thanksgiving table, but it's a delicacy in other parts of the world. 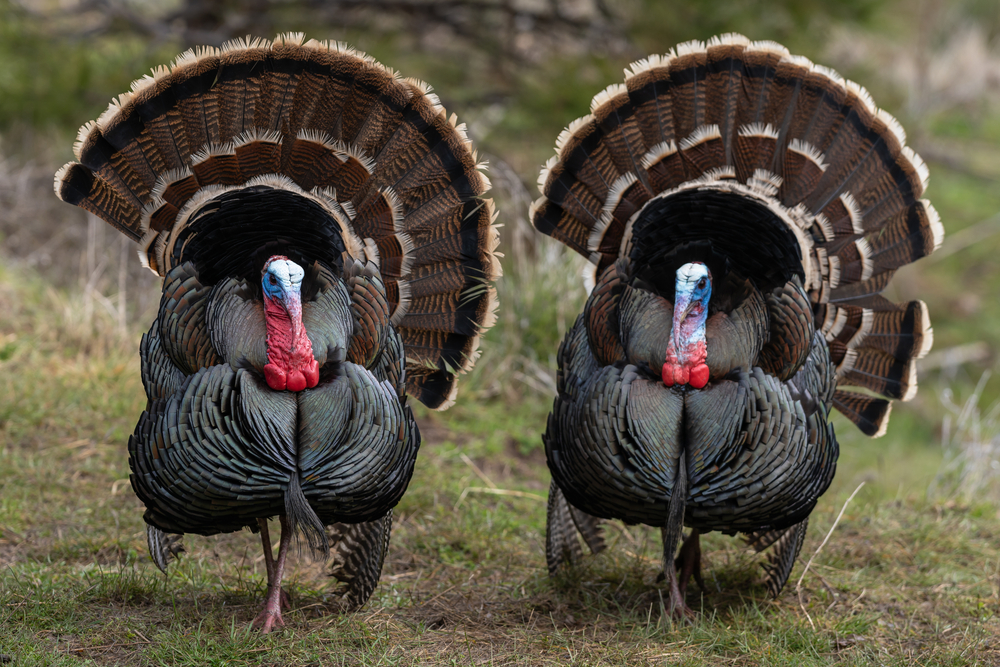 Intensive livestock farming is a huge global industry that serves up millions of tons of beef, pork and poultry every year. When I asked one producer recently to name something his industry thinks about that consumers don’t, he replied, “Beaks and butts.” This was his shorthand for animal parts that consumers—especially in wealthy nations—don’t choose to eat.

On Thanksgiving, turkeys will adorn close to 90 percent of US dinner tables. But one part of the bird never makes it to the groaning board, or even to the giblet bag: the tail. The fate of this fatty chunk of meat shows us the bizarre inner workings of our global food system, where eating more of one food produces less-desirable cuts and parts. This then creates demand elsewhere—so successfully in some instances that the foreign part becomes, over time, a national delicacy.

Industrial-scale livestock production evolved after World War II, supported by scientific advances such as antibiotics, growth hormones and, in the case of the turkey, artificial insemination. (The bigger the tom, the harder it is for him to do what he’s supposed to do: procreate.)

That includes a quarter-billion turkey tails, also known as the parson’s nose, pope’s nose or sultan’s nose. The tail is actually a gland that attaches the turkey’s feathers to its body. It is filled with oil that the bird uses to preen itself, so about 75 percent of its calories come from fat.

It’s not clear why turkeys arrive at US stores tailless. Industry insiders have suggested to me that it may simply have been an economic decision. Turkey consumption was a novelty for most consumers before World War II, so few developed a taste for the tail, although the curious can find recipes online. Turkeys have become larger, averaging around 30 pounds today compared to 13 pounds in the 1930s. We’ve also been breeding for breast size, due to the American love affair with white meat: One prized early big-breasted variety was called Bronze Mae West. Yet the tail remains. 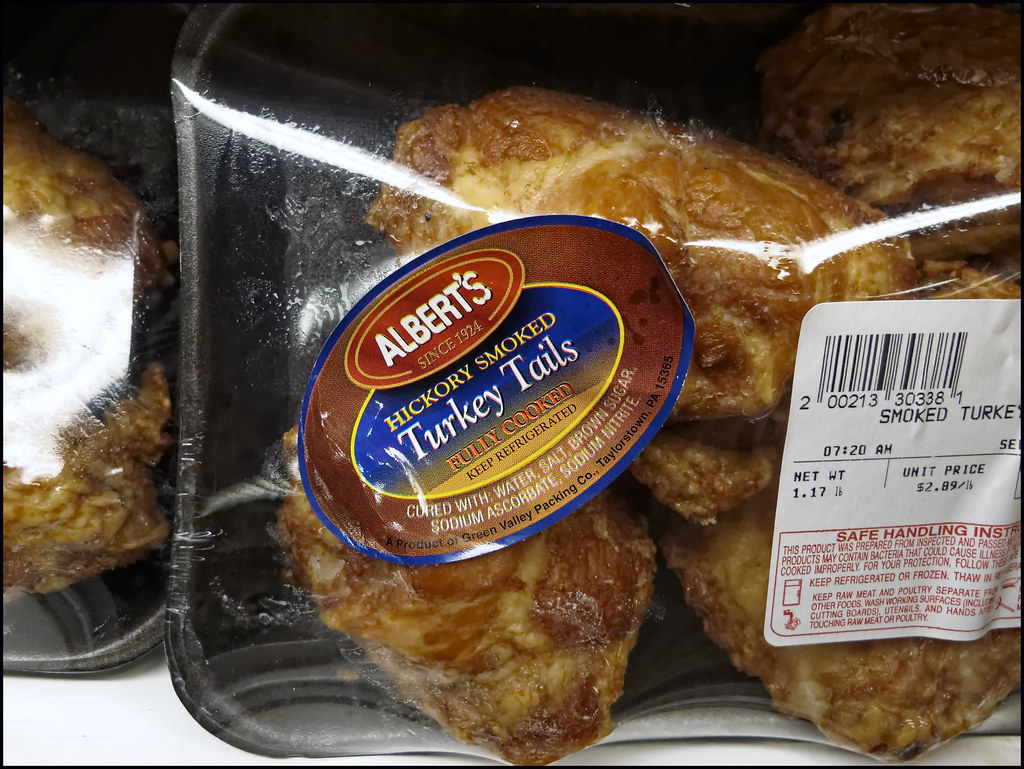 Rather than letting turkey tails go to waste, the poultry industry saw a business opportunity. The target: Pacific Island communities, where animal protein was scarce. In the 1950s US poultry firms began dumping turkey tails, along with chicken backs, into markets in Samoa. (Not to be outdone, New Zealand and Australia exported “mutton flaps,” also known as sheep bellies, to the Pacific Islands.) With this strategy, the turkey industry turned waste into gold.

By 2007, the average Samoan was consuming more than 44 pounds of turkey tails every year—a food that had been unknown there less than a century earlier. That’s nearly triple Americans’ annual per capita turkey consumption.

When I interviewed Samoans for my book No One Eats Alone: Food as a Social Enterprise, it was immediately clear that some considered this once-foreign food part of their island’s national cuisine. When I asked them to list popular “Samoan foods,” multiple people mentioned turkey tails—frequently washed down with a cold Budweiser.

How did imported turkey tails become a favorite among Samoa’s working class? Here lies a lesson for health educators: The tastes of iconic foods cannot be separated from the environments in which they are eaten. The more convivial the atmosphere, the more likely people will be to have positive associations with the food.

Food companies have known this for generations. It’s why Coca-Cola has been ubiquitous in baseball parks for more than a century, and why many McDonald’s have PlayPlaces. It also explains our attachment to turkey and other classics at Thanksgiving. The holidays can be stressful, but they also are a lot of fun.

As Julia, a 20-something Samoan, explained to me, “You have to understand that we eat turkey tails at home with family. It’s a social food, not something you’ll eat when you’re alone.”

Turkey tails also come up in discussions of the health epidemic gripping these islands. American Samoa has an obesity rate of 75 percent. Samoan officials grew so concerned that they banned turkey tail imports in 2007.

But asking Samoans to abandon this cherished food overlooked its deep social attachments. Moreover, under World Trade Organization (WTO) rules, countries and territories generally cannot unilaterally ban the import of commodities unless there are proven public health reasons for doing so. Samoa was forced to lift its ban in 2013 as a condition of joining the WTO, notwithstanding its health worries.

If Americans were more interested in eating turkey tails, some of our supply might stay at home. Can we bring back so called nose-to-tail animal consumption? This trend has gaining some ground in the United States, but mainly in a narrow foodie niche.

Beyond Americans’ general squeamishness toward offal and tails, we have a knowledge problem. Who even knows how to carve a turkey anymore? Challenging diners to select, prepare and eat whole animals is a pretty big ask.

Google’s digitization of old cookbooks shows us that it wasn’t always so. The American Home Cook Book, published in 1864, instructs readers when choosing lamb to “observe the neck vein in the fore quarter, which should be of an azure-blue to denote quality and sweetness.” Or when selecting venison, “pass a knife along the bones of the haunches of the shoulders; if it smell [sic] sweet, the meat is new and good; if tainted, the fleshy parts of the side will look discolored, and the darker in proportion to its staleness.” Clearly, our ancestors knew food very differently than we do today.

It is not that we don’t know how to judge quality anymore. But the yardstick we use is calibrated—intentionally, as I’ve learned—against a different standard. The modern industrial food system has trained consumers to prioritize quantity and convenience, and to judge freshness based on sell-by-date stickers. Food that is processed and sold in convenient portions takes a lot of the thinking process out of eating.

If this picture is bothersome, think about taking steps to recalibrate that yardstick. Maybe add a few heirloom ingredients to beloved holiday dishes and talk about what makes them special, perhaps while showing the kids how to judge a fruit or vegetable’s ripeness. Or even roast some turkey tails.

Michael Carolan is a Professor of Sociology and Associate Dean of Research and Graduate Affairs for the College of Liberal Arts at Colorado State University.

My Gran used to call it the “Popes Nose” as in the article. I love it and am glad not to fight over it at Thanksgiving. Unless,my nephew-in-law from Paris is there. The French know how to eat fat, and he and I flip for it. If he brings foie gras, then I offer the Pope’s Nose to him and he always accepts!

Didn’t even realize turkeys had tails. Too much fat for me. When I bake a turkey always discard the neck and giblets. Give me the meat, period.