Tar Spot Disease Is Plaguing Corn Fields Across the Midwest

Experts estimate up to a 50-percent loss in corn crop yields for affected areas. 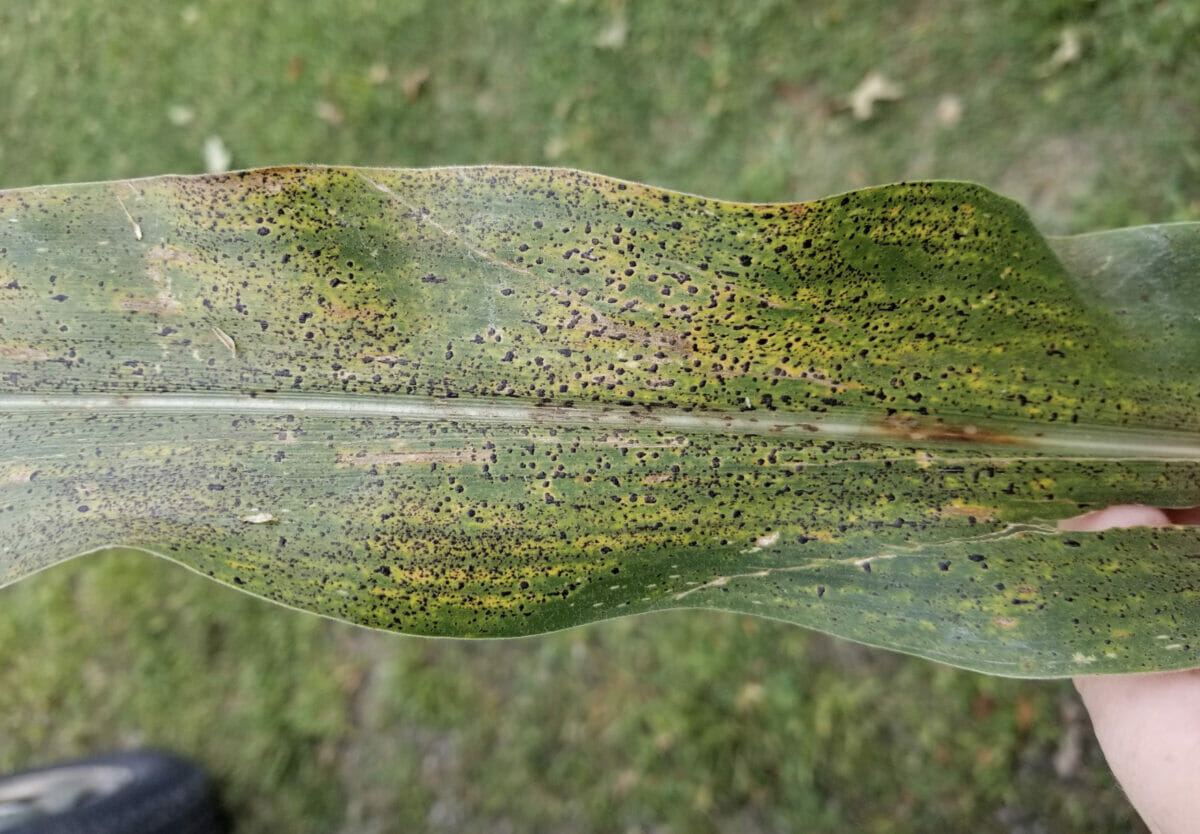 Pesky infestations of tar spot disease are expected to put another dent in farmers’ yields across the Midwest, according to a team of scientists that specializes in crop pathology.

Tar spot is recognized by its raised black spots that sprout on healthy or dead tissue of corn leaves, stalks or husks. Surrounding some of the speckled black, growers might also find a tan halo, known as a fish-eye lesion. A fungal disease, tar spot thrives in humidity and during periods of leaf wetness that are greater than seven hours. Typically, it spreads from the lowest leaves on the corn up to the husks of developing ears. This can result in a severe infection, reducing weight, losing kernels and causing premature germination.

The disease has been reported to impact yields across Latin American countries as early as 1904, and it was first identified in northern Indiana in 2015. Data from 2019 found that, in 2018 alone, tar spot was responsible for a  significant yield loss of approximately 4.5 million tons in Illinois, Indiana, Michigan and Wisconsin.

Recent research, led by Darcy Telenko, an assistant professor in botany and plant pathology at Purdue University, found that only 11 out of 92 counties across Indiana remain untouched by the disease today. Telenko, who works with a group of scientists that has been measuring the progression of the fungus since 2018, says that rainfall and long periods of leaf wetness throughout July brought ideal conditions for tar spot to brew. She predicts damages that could result in up to a 50-percent loss in yield for farmers, but she adds that producers, regardless of whether they appear to be impacted or not, should be mindful that the disease can survive from past growing seasons.

“This is something that should be top of mind for farmers,” she says. “Just because it’s not a problem for you this year or next year, it could be a problem down the road. It’s about knowing that it’s here and the tools that are available.”

In an effort to help growers combat the disease, Telenko developed a map that monitors the development of tar spot. She and her team of researchers have also designed an app called Tarspotter, which aims to help farmers make better decisions about field management. This could include anything from a timely application of fungicide to planting more disease-resistant seeds. Both online tools, she says, are effective in planning for a better path forward.

Telenko says she anticipates greater spread of the disease in the future, and she projects that southern Indiana will now experience some outbreaks, as opposed to northern regions of the state where tar spot was once predominantly concentrated. She adds that her team is working to arm farmers with more effective tools to monitor, prevent and address crops plagued by the disease. This, says Telenko, will ideally lessen the blow of any future losses.