Triantha occidentalis is the first meat-eating plant to be identified in 20 years. 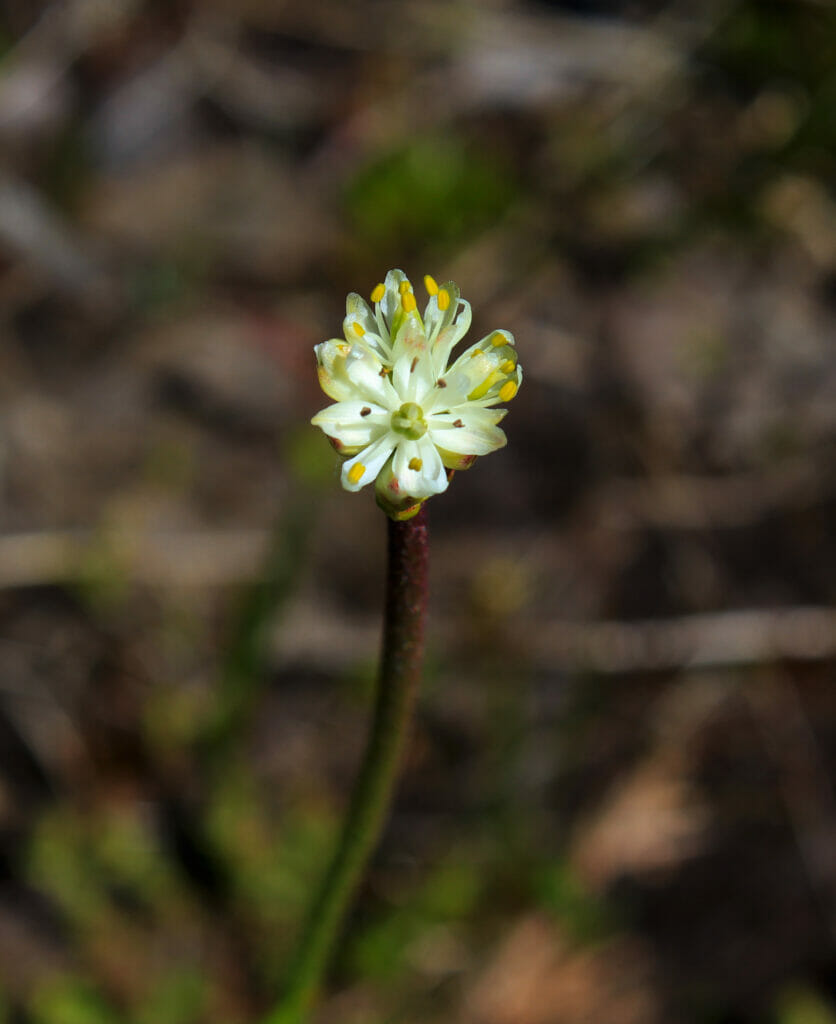 Beware of any delicate white wildflowers you see growing in a bog. They may look innocent, but they just might be meat-eaters.

The small flowering plant called Triantha occidentalis—a species of false asphodel—grows in nutrient-poor wetlands up and down the West Coast, from California to Alaska. Until recently, nobody knew it was carnivorous.

But according to new research published in the Proceedings of the National Academy of Sciences, scientists from the University of British Columbia (UBC) and the University of Wisconsin-Madison (UW-Madison) have confirmed it is indeed an insect-eating plant. Triantha occidentalis, whose sticky blossoms lure in small pollinators to trap and eat them, is the first carnivorous plant to be identified in 20 years.

Qianshi Lin, a PhD student at UBC at the time of the study, and Tom Givnish, a professor in the department of botany at UW-Madison, decided to study Triantha occidentalis after previous research showed the plant was missing the same genes that were also missing in other carnivorous plants, such as sundews and Venus flytraps. To do so, they studied Triantha plants growing on Cypress Mountain in North Vancouver, British Columbia.

In order to show that nutrients passed from insect to plant, Lin laced fruit flies with nitrogen-15 isotopes and placed them on the stems of three different plants: the Triantha occidentalis, sundew (a known carnivorous plant) and wandering fleabane (a non-carnivorous plant). When he checked the plants’ nitrogen levels, the sundew and Triantha occidentalis had absorbed the isotope, confirming that the plant was indeed ingesting prey.

The researchers say their findings hint towards there being other carnivorous plants that have yet to be discovered.

The article is really helpful. Thank the author very much