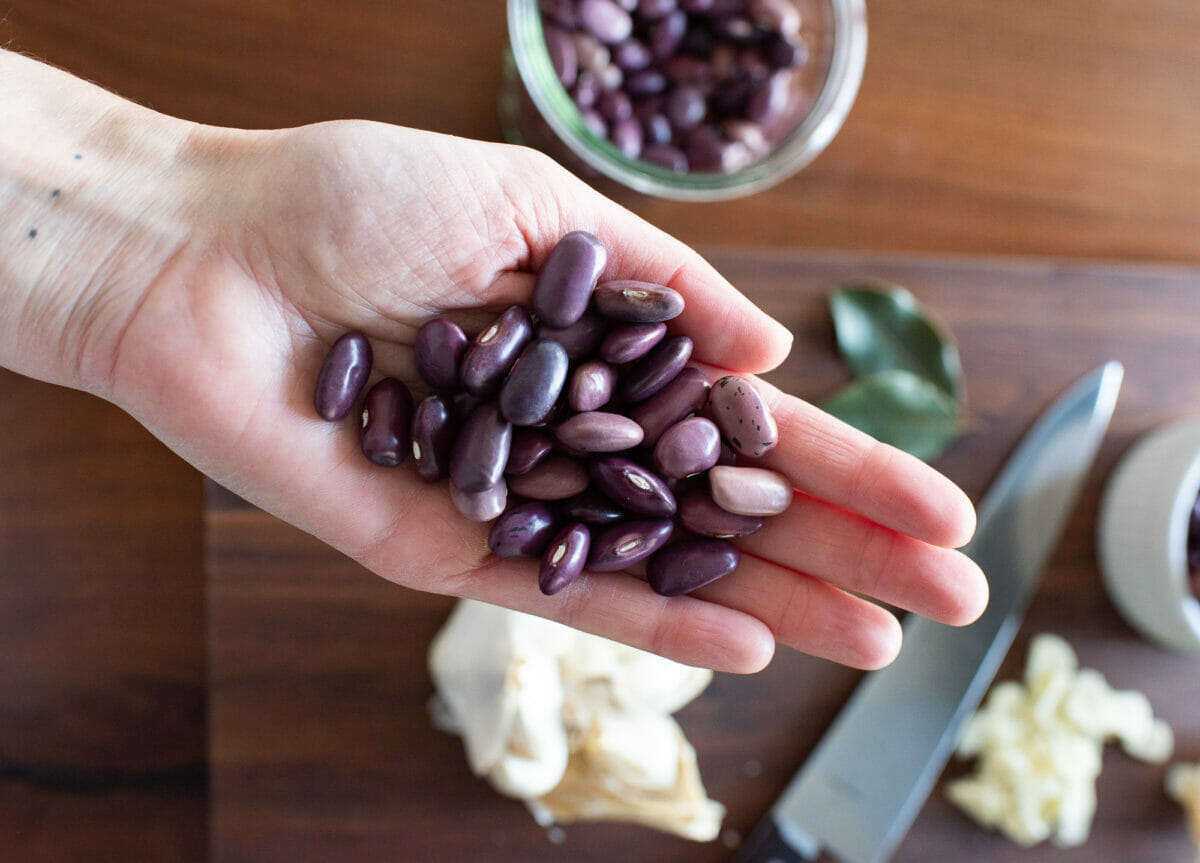 Until last year, beans were rather unfashionable among many Americans. The pandemic helped change that, boosting bean sales by as much as 400 percent as people stocked up on shelf-stable goods and prepared more meals at home.

Of course, beans have long been an important staple in other cultures, especially for people in Africa and Latin America, where they’re served daily, often with several meals. Rich in nutrients like protein and minerals, beans are also affordable and filling. And when they’re dried and stored properly, they can last for several years. But successfully cultivating them in regions that rely on them most is becoming increasingly challenging due to climate change.

Plant breeders are now working to develop high-yielding, stress-resistant cultivars that can endure hot, dry growing conditions. “Research has pointed out that it will get too hot to keep growing [existing] beans in eastern Africa,” says Francisco Gomez, an assistant professor and researcher in the bean breeding and genetics program at Michigan State University (MSU). The program has released more than 50 new bean varieties since being founded in the early 1900s.

Unlike growers of heirloom bean varieties, who aim to preserve the culinary history of once-lost varieties, bean breeders are focused on the future. Their goal is to develop better varieties of pinto, black and kidney beans, among others, that grow efficiently and sustainably.

Part of the legume family, beans are technically the fruit of a plant, meaning that instead of adding to greenhouse gas emissions, like meat production does, beans help reduce the harmful gases. Because of that, Gomez and other bean breeders are working to increase bean plants’ ability to absorb excess nitrogen in the atmosphere. “Beans are a solution for that, but we’ve mostly disregarded that [until now],” he says.

The entire breeding timeline—from crossing to trialing to selecting and finally releasing a new variety—can take as long as eight years. And like plant breeders of all kinds, bean researchers consider factors such as how long it takes the plant to mature, how much water it requires, as well as its disease resistance, nutrition and calorie qualities. They also consider how long the beans can be stored and how quickly they cook. 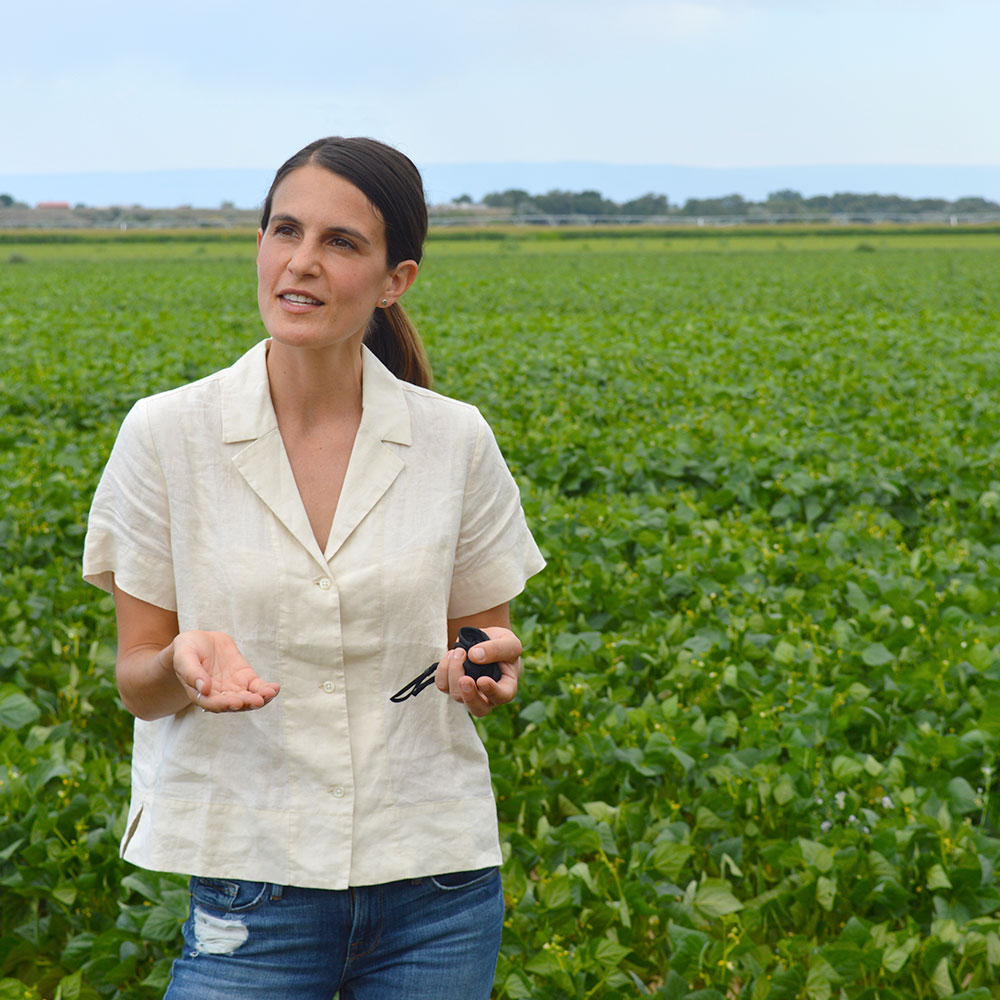 All of this is considered with farmers and consumers in mind, says Juan Osorno, dry bean breeder and associate professor of plant science at North Dakota State University, located in the country’s largest producing dry bean state. Osorno compares the breeding process to that of buying a new car.

“Usually, you like a car not just because of one thing. There’s a package of things you’re looking for. It’s not just color, but also four-wheel drive or whether it can fit a lot of people,” he says. “We’re trying to get as many of the good traits in one bean variety.”

Of course, none of this research matters if the beans aren’t embraced by consumers. Lesley Sykes launched a direct-to-consumer company called Primary Beans with her sister, Renee, last December to help get the word out about new varieties. The sisters partner with small-scale farmers to grow varieties like the UC Rio Zape, developed and released by UC Davis bean breeders last year, and the Mayocoba variety, which MSU bean researcher Karen Cichy is studying for its high bioavailability of nutrients and traits such as flavor and texture.

The company serves as a useful bridge between breeders and consumers, enabling the researchers to gain insight about how well-liked certain varieties are before pushing them out to be produced at larger scales. “That’s something that we raise when talking to breeders,” says Sykes, who worked in sustainable agricultural initiatives before starting Primary Beans. “For us to come in and say ‘we can take 50 pounds of whatever you’re testing and actually get feedback for you,’ that’s very exciting for these breeders.”

Sykes says she’s excited to help get these newly-bred varieties into the hands of home cooks. “We’re not really informing the [bean] breeding process, but we’re identifying what cool work is going on out there and doing what we can to showcase that,” she says.

Now, the next challenge dry beans face is all the anxiety people have over how to prepare them. The best secret? Even if you overcook beans, you can easily whip them up into a tasty dip.

Are these breeding programs using traditional hybridization, or are they genetically modifying the varieties?

Should not it read “,,, increase bean plants’ ability to absorb excess carbon dioxide in the atmosphere” as beans are nitrogen fixers and vascular plants can not absorb nitrogen from the atmosphere..