How Bee-Impersonating Flies Help With Pollination

New study suggests that syrphid flies are more important pollinators than given credit for. 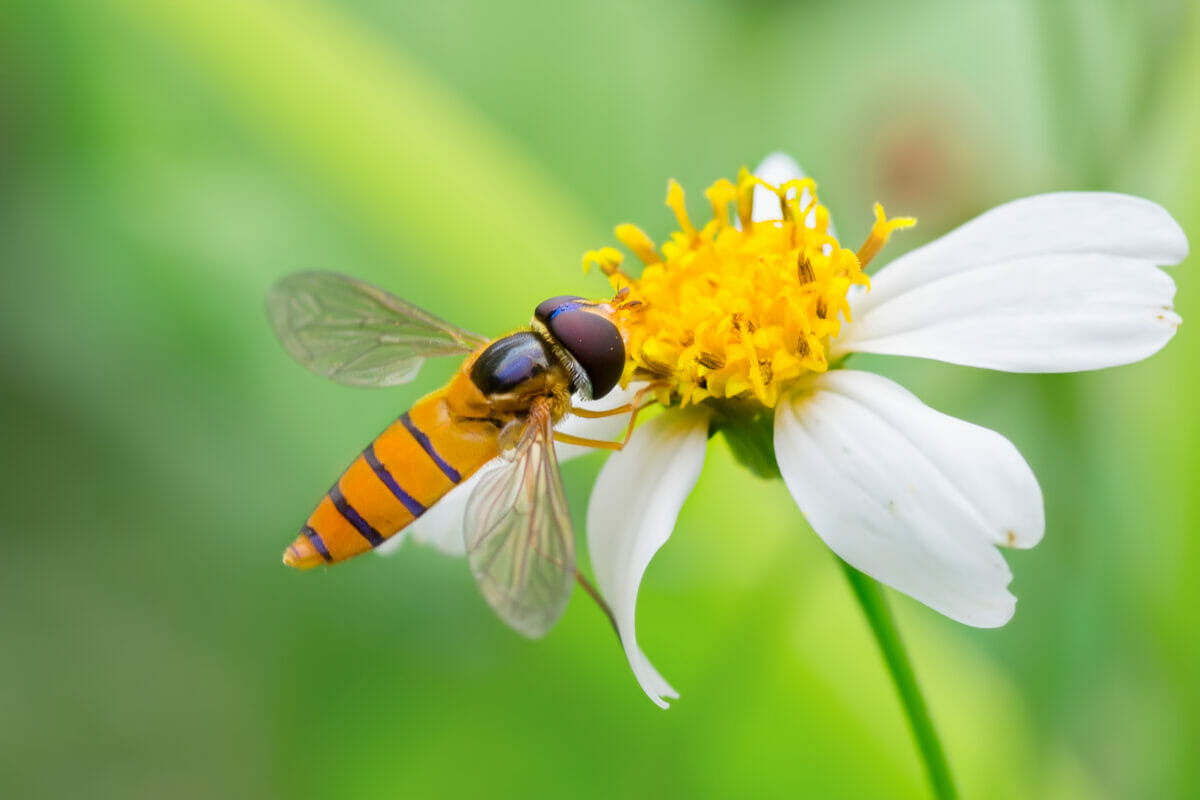 Bees and butterflies might be the best-known pollinators, but they aren’t the only ones. Bats, birds, beetles, wasps and flies play an important role, too.

Rae Olsson, a postdoctoral research associate at Washington State University (WSU), has studied pollinating insects since 2014, when they started working on a bee-survey project led by a recent WSU doctoral graduate. While their job was to collect data on bee populations, Olsson realized the flowers received a host of different visitors.

“While I was standing and staring at flowers, watching insects come and go, I noticed that a lot of the insects that were visiting were not bees,” says Olsson.

The resulting study, recently published in Food Webs, highlights the importance of non-bee insect pollinators in gardens and farms. Over the course of two years, Olsson observed more than 2,400 pollinator visits to flowers on 19 rural farms and 17 urban farms and gardens in Western Washington. They found that the majority of visits were—unsurprisingly—made by bees, accounting for 61 percent of the visits. But nearly 35 percent were made by flies, most of which were syrphid flies, black-and-yellow bee-impersonating flies commonly called hoverflies. Olsson also observed other insects—such as wasps, lacewings, spiders, butterflies, dragonflies, beetles and ants—visit the flowers, although they only accounted for less than four percent of all visits.

“Bees are definitely still important and generally going to be more efficient pollinators,” says Olsson. That’s because bees intentionally collect pollen to feed to their offspring. They also have dense hair patches that act as Velcro to which pollen easily sticks. Syrphid flies, on the other hand, are not as hairy and pollinate almost by accident, moving pollen from one flower to the other as they eat and forage for nectar.

But more growers should pay attention to syrphid flies, which are also beneficial in that they eat unwanted pests such as aphids. “There’s a lot of negative connotations that people have with these organisms, when really they’re very diverse and have lots of benefits to the ecosystem,” says Olsson.

For some of the plants observed, including peas, kale and lilies, syrphid flies were the only pollinators observed visiting—an important detail for farmers of these crops to know if they want to ensure a successful harvest.

“My recommendation for anyone who’s farming is to make sure that you have flowers blooming as much as possible during the season and more than one flower ideally,” says Olsson. “Because providing food and habitat, making sure that there’s access to water and some kind of undisturbed area on the farm will provide a habitat, nesting sites and food resources for these alternative pollinators.”