Farmers in India Have Been Protesting for 6 Months, Have They Made Any Progress?

The farm unions have had 11 rounds of talks with representatives of the central government, but the stalemate continues. 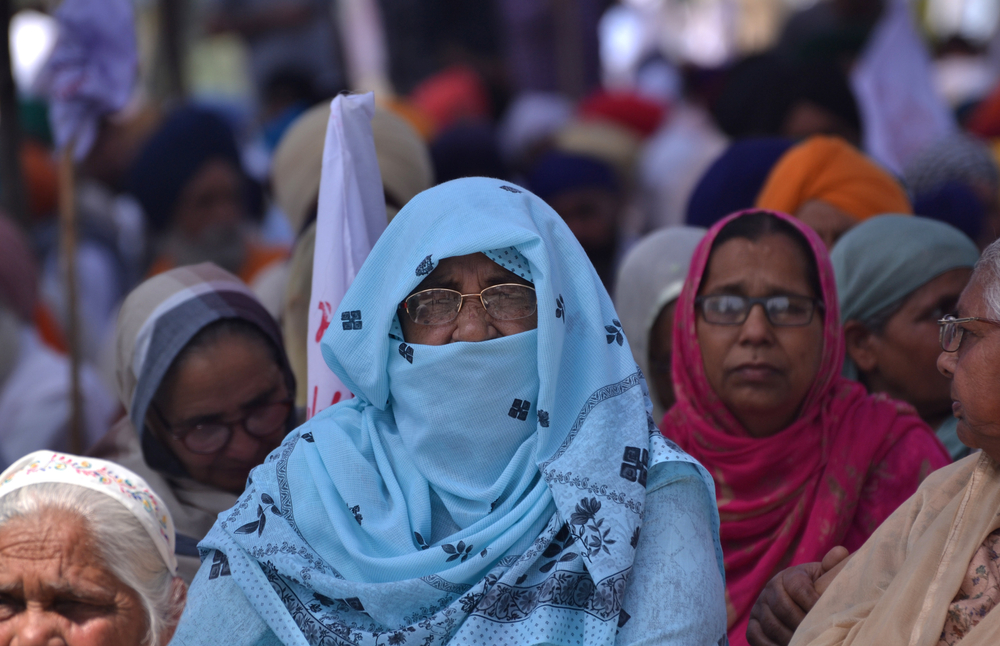 For six months now, images of Indian farmers protesting on Delhi’s roads have been beamed around the world.

Farmers have been protesting changes to India’s agricultural laws they say would undermine their autonomy as cultivators.

The new laws would create monopolies in the grain markets and trap farmers into contract farming arrangements with corporate buyers.

But after six months of protests, has anything changed?

Beginning with the north-western state of Punjab in July 2020, the protests gradually spread to other regions of the country. The most spectacular of these protests occurred when farmers arrived in large numbers at the borders of the national capital in late November, 2020.

Estimates of their numbers at this point vary, but they were certainly in excess of 50,000, and their numbers swelled to around 300,000 within a week or so. It peaked in January, when nearly a million more of them arrived from across the country and drove their tractors on the roads of the Indian capital.

They have been sitting on the roads since their arrival, surrounding Delhi from all four sides, and occupying the major highways connecting the national capital to different parts of the country. Their sit-ins covered so large an area they began to look like distinct townships, covering an area of 10-15 kilometers at each site.

They have been sleeping in the trolleys they brought along tied to their tractors and have set up huge pandals (temporary auditoriums made of canvas tents) for their protest speeches. They also play protest music, most of which is composed and sung by their own, the Punjabi singers from Punjab, Bombay and Canada.

Their resilience has been remarkable. They have sat through the harsh winter, when night temperatures in Delhi are as low as 1-2℃. They are now sitting in protest in the scorching heat, undeterred by a deadly second wave of COVID raging across India.

This has been no picnic, as has been reported by some news channels in India. More than 400 protesting farmers have died, mostly at the protest sites around Delhi, unable to bear the hardships of the weather and living conditions.

Some have also died at the local protest sites in different states, and a few in road accidents while travelling from their villages to the protest sites on Delhi’s borders.

Remind me, what are they protesting about?

The government not only ignored all objections raised by the opposition parties, they also held no meaningful discussions with the farm unions and other stakeholders to allay their concerns.

The professed motivation behind the introduction of these laws was the liberalization of the agricultural market by incentivizing large corporates to engage with farmers and farm produce directly.

The first of the new laws proposes to deregulate the purchase of agricultural goods, bypassing the existing marketing arrangements where grains such as wheat and rice could not be sold below a certain price.

The second provides a framework for “contract farming” where the farmer enters an advanced contract with a buyer and the buyer gets to decide what seeds to use and how to grow the crop.

The third is an amendment to a pre-existing law, which abolishes the previous restrictions on the storage of food grains and other agricultural goods to discourage large-scale hoarding.

Together they open up the agricultural sector of India to active commercial engagement by the big corporates, enabling them to purchase and hoard produce and sell it later at a much higher price than what they pay to the farmers for their crops. It also means these large corporates could be in charge of deciding what crops a farmer must produce.

More than 85 percent of Indian farmers have small holdings, less than two hectares. This means it would be hard to engage, and compete, with the large corporates.

The farm unions see these laws as the Indian government pandering to the corporates, and fear the end of independent farmers.

Indian agriculture has been in a state of crisis for the past two decades or more. The most painful manifestation of this has been the rising rate of suicides among farmers across the country (28 per day in 2019), many of whom are indebted to informal sources such as relatives or usurious money lenders.

Various governments over the years have promised to help agriculture by raising farm incomes. The current government, led by Narendra Modi, promised to double farm incomes by implementing the recommendations of a 2006 pro-farmer report prepared by a government-appointed committee.

Have the protesters achieved anything so far?

The farm unions have had 11 rounds of talks with representatives of the central government, but the stalemate continues.

Farmers hope if they keep the pressure on, the government will be forced to concede to their demands. But perhaps their biggest achievement so far has been putting farming back on the national agenda.

The second wave of COVID-19 has dampened the farmers mobilizations. But they continue to sit on the borders of the national capital, just in lesser numbers.

Farmer leaders campaigned against the BJP (the current ruling party) during the recent state elections in West Bengal. They see the BJP’s defeat as their victory.

Their protests continue locally, across the states of Haryana, Punjab, western Uttar Pradesh, Rajasthan and elsewhere.

They have said they will protest until the next national election in 2024 if they have to, where they would be hoping their campaigning would defeat the Modi government. If West Bengal is anything to go by, perhaps Prime Minister Modi would do well to heed their demands.

Surinder S. Jodhka is a professor of sociology at the School of Social Sciences, Jawaharlal Nehru University.